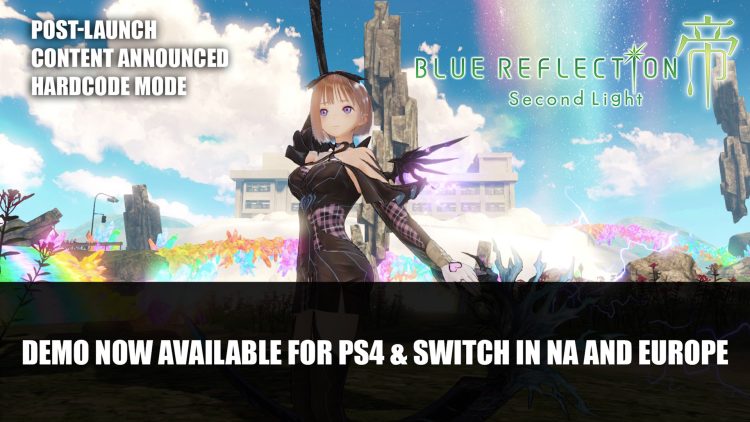 A demo is now available on Playstation 4 and Switch in North America and Europe for Blue Reflection: Second Light. The developer Gust and publisher Koei Tecmo have announced post-launch content which will add new Photo Mode filters, a hardcore difficulty mode plus the ability to build a Photo Studio. Additional Photo Mode updates will also be arriving in January 2022.,

The demo will allow players to follow the story of students Ao, Kokoro and Yuki who have found themselves in a strange mysterious floating academy as they try to find their way back home, all with the loss of their memories. The demo includes both the prologue and story demo, plus as a bonus for those who complete the prologue will gain the Bunny Head Accessory and Fragment “Preparing for the Unknown” as exclusive bonuses for when the game fully launches.

In case you missed it you can check out the announcement trailer below:

Blue Reflection: Second Light launches in North America and Europe on Playstation, Switch and PC via Steam on November 9th. You can check out the demo on Playstation 4 and Switch now.