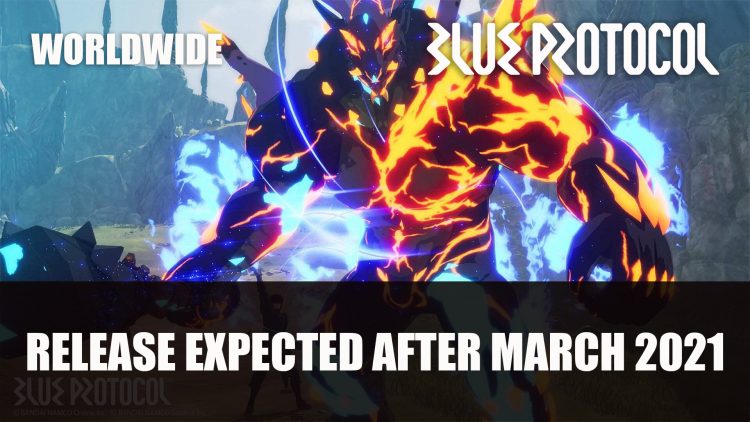 A recent job post by Bandai Namco Online shares that the online RPG won’t be releasing worldwide until after March 2021.

Blue Protocol, the online anime RPG by Bandai Namco has a new job listing (shared by twitter user Renka_schedule) which shares details that the game won’t be releasing until after March 2021. The job listing which is looking for a Localisation Director, put Blue Protocol on the schedule of after March next year. The job post also reveals Bandai Namco are considering ports for consoles as well.

The translation (via google) reads that the game is going to be the same scope and direction as an MMO, but will focus on action-like battles. The closed-alpha test had already taken place in Japan plus the closed beta. There is also the mention of mix-media which is term used for games with other media forms for example anime, mange, novels etc.

The PC online game “Blue Protocol” is a completely new IP online action game jointly developed by BNS and BNO. “Blue Protocol” is a title that has the same range of play and world expansion as MMO, while focusing on MO-like action battles. With the animation expression that BNS is good at, we aim to create a product that allows you to enjoy the visual quality and action as if you were playing a game in an animation.

From the next fiscal year onward, we will release on WW sequentially starting from Japan, aiming to expand IP together with development in media mix.

A previous Bandai Namco livestream back in February shared that the the MMORPG will be a free-to-play game, with microtransactions. This sounds quite similar to the likes of Genshin Impact, but in a more MMORPG setting. At the moment there is no place for PVP, but player housing, fishing as well as additional classes to be release post-launch.

The closed α test has already been conducted in Japan in July 2019, and there are high expectations from users. 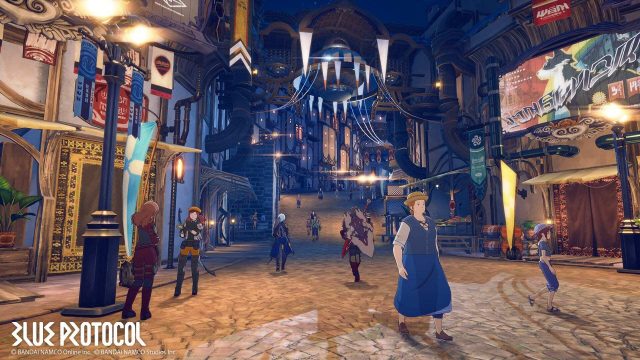 Bandai Namco are also working on the Action-RPG Scarlet Nexus, which recently announced the second playable character. Scarlet Nexus is a single-player with more of a theme sci-fi set, with fast-paced combat with RPG elements.

For more news be sure to read next Xuan-Yuan Sword VII Demo Now Available On PC and Ghost Of Tsushima Co-Op Mode Launches Next Week.