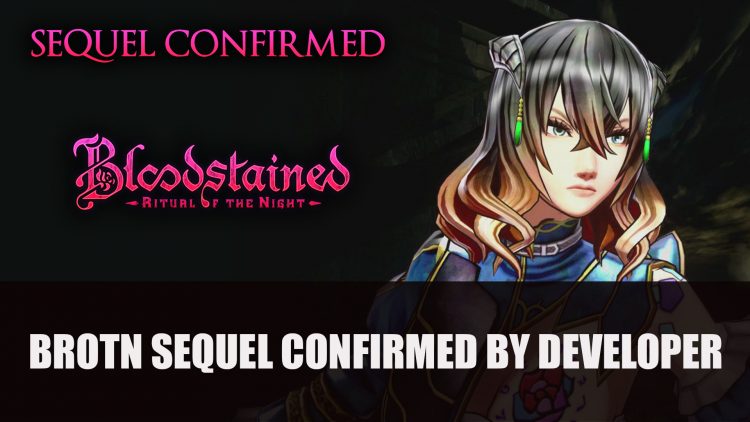 505 Games have now confirmed a Bloodstained Ritual of the Night sequel is currently in the early stages of development.

Just this week rumours of the sequel for Bloodstained Ritual of the Night popped up when publisher 505 Games shared their financial report for the year, including detail about a “second version in development”. The phrasing of this was a little ambiguous at the time, but now 505 along with Artplay have confirmed that Bloodstained Ritual of the Night 2 is now in development through their latest tweet.

Currently at ArtPlay, we are in the stages of working on the plot centered around our previous title’s Director Shutaro.
Right now, we are focusing on the rest of the contents for Ritual of the Night so please look forward to the upcoming information.#Bloodstained https://t.co/a4MHMW6p2z

While the sequel is underway, the creator behind BoTN Kojima Igarashi tweeted that the studio’s focus is still very much on the current iteration. But this is great news to find out a sequel is coming.

When BoTN was first released it was met with some negative feedback for the crowdfunded game, due to a number of bugs and issues with the Switch version. Artplay have been working on a number of updates since, including releasing new content such as new playable characters such as Zangetsu and Bloodless, as well as adding Classic Mode and more. The game also launched on new platforms iOS and Android. 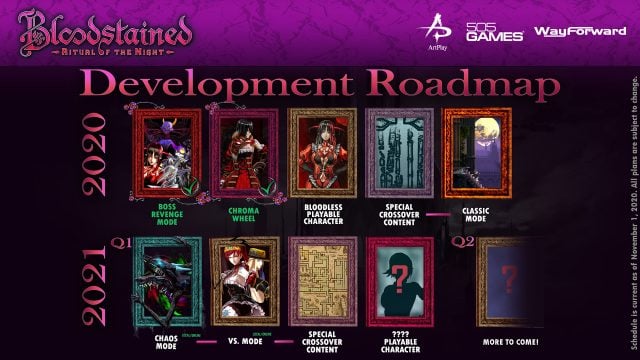 Bloodstained Ritual of the Night roadmap share via the official Steam page.

But there is still extra content still promised for the game, which the developer confirms is underway. The development roadmap shared last year promises Chaos Mode, VS. Mode, crossover content, new playable character and more. The game also celebrated the milestone of one million copies sold last year. If you want to know what we thought of the game you can check it out in Bloodstained: Ritual Of The Night Review.

Bloodstained: Ritual of the Night is available now for PlayStation 4, Xbox One, Switch, PC via Steam, iOS via the App Store, and Android via Google Play.

For more news find it here in Square Enix E3 2021 Livestream Date Announced. If you’re looking for more metroidvania goodness, be sure to check out our Top 10 Metroidvanias To Play In 2021.