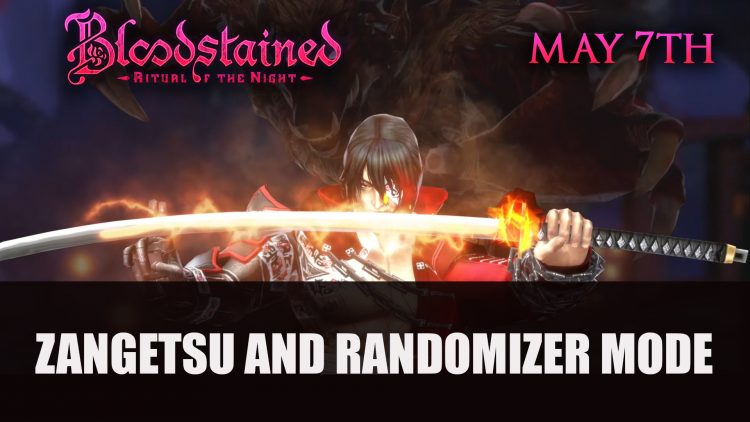 Artplay have announced the igavania game Bloodstained: Ritual of the Night will be getting two new modes Radomizer and Zangetsu are arriving this week.

Bloodstained: Ritual of the Night Randomizer and Zangetsu Modes Release May

This week is looking up as Artplay the developer behind the igavania title Bloodstained Ritual of the Night will be releasing their Randomizer mode and playable character Zangetsu on May 7th for PC, PS4 and Xbox One. Nintendo Switch will receive the update later this May or early June according to the official Twitter account. 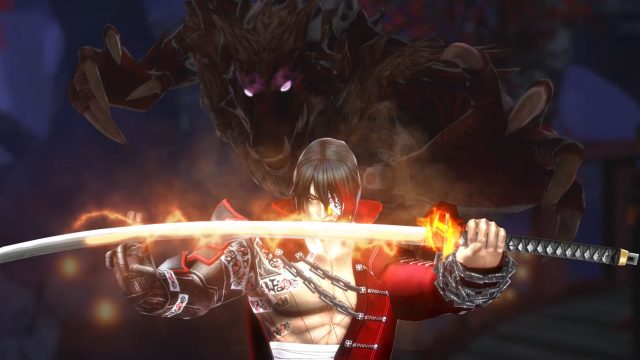 This means you will get to play through Bloodstained again with some more options but there is a requirement for choosing to play as Zangetsu.

Previously Zangetsu appeared as a boss fight that pitted players against the sword wielding enemy. However, once players have completed a playthrough and received the “Good Ending” they can play as Zangetsu. He works a little differently from Miriam as he does not have access to Shard abilities, but has a sword and some special abilities that use MP. This gives your playthrough an entirely different experience as Zangetsu has his own moves. Players should also note that consumables, equipment, crafting, treasure chests, quests and story cutscenes are disabled when choosing Zangetsu. 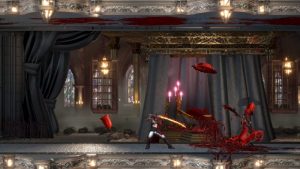 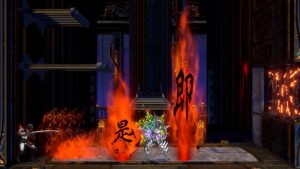 There is also the addition of the Randomizer mode. This allows players to adjust 8 different parameters that will provide a fresh experience to gameplay. These different pararemeters include the overal goal of your playthrough, control how items, key items, crafting, enemy drops, shops, how save/warp rooms appear and quests. You can check out the official details of each parameter below as shared by the Bloodstained website: 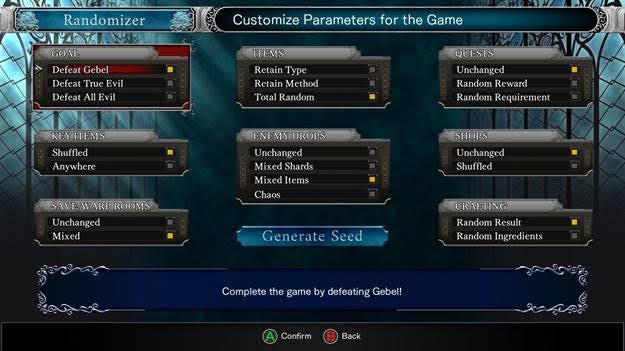 Goal: This determines the win condition of the given Seed, and in turn has an effect on which items are designated “Key items” and how much of the map will be in play.

Key Items: These are items that are required to complete the playthrough. Other options can further alter these items. Items cannot be randomized in a way that prevents your progress.

Enemy Drops: This setting governs anything dropped by enemies.

Crafting : This setting affects all the crafting systems, Weapons, Cooking and Shards.

Bloodstained Ritual of the Night is currently available on Playstation 4, Xbox One, PC and Nintendo Switch.

If you want to know what we thought of this title be sure read next Bloodstained: Ritual Of The Night Review. If you’re planning to pick up this igavania game be sure to drop by our Bloodstained Ritual of the Night wiki.