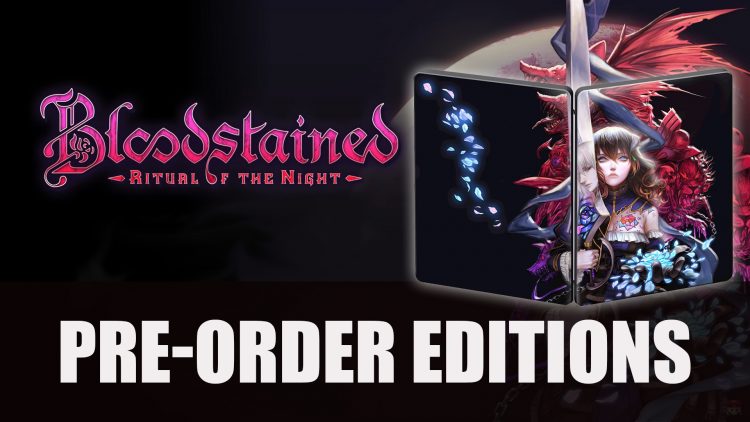 Bloodstained: Ritual of the Night Preorders

If you’re looking pre-order Blood Stained Ritual of the Night you can find out about what bonuses you will received by ordering now. Read on below for further pre-order info!

Its been announced that on the horizon several free DLC will be arriving to Bloodstained Ritual of the Night such as:

In addition the stretch goals of Bloodstained will be arriving after the game launches and it will be free content for all who owns the game not just exclusively to backers.

505 Games are will update the game on Day One with Boss Rush, Speedrun mode, and the Pure Miriam outfit. 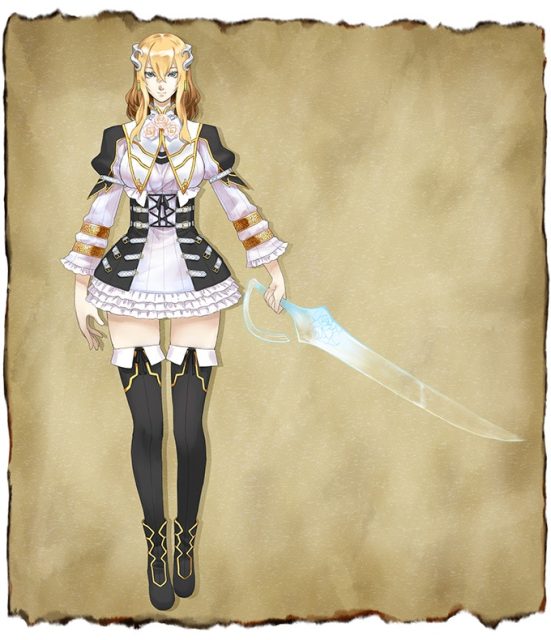 The Pure Costume show Miriam before being consumed by her curse.

“Iga’s Back Pack” DLC will cost $9.99, and will launch simultaneously as the game’s launch, launching on June 18, 2019 for PS4, XB1 and PC, June 25, 2019 for Nintendo Switch. Players who purchase this DLC will be able to fight the game’s creator, Koji Igarashi himself, and earn the powerful Swordwhip weapon by defeating him.

Whether you’re a backer or simply wanting to gain pre-order with steelbook, 505 Games have announced in ways to do so. Certain retailers are offering the Bloodstained FuturePak steel case with pre-order while stocks last.

Backers who wish to obtain a Novo FuturePak steel case for Bloodstained from 505, they will have the option to purchase one for $14.99. There will only be 800 of them so expect them to go fast. 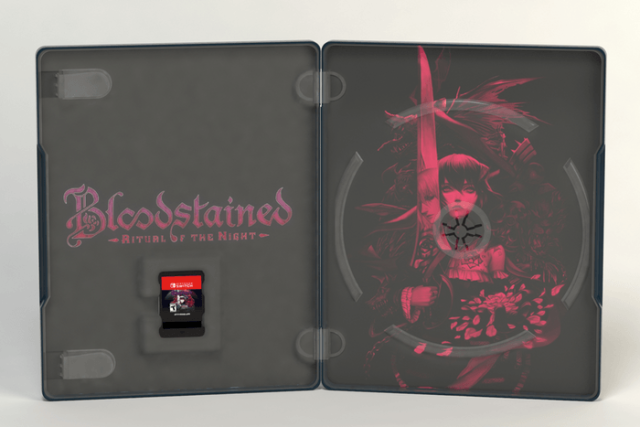 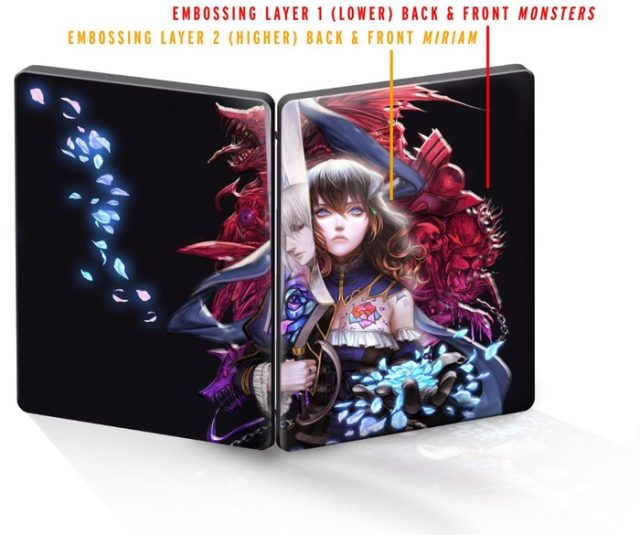 These editions feature a shiny metal case featuring Mana Ikeda’s box art, an internal hinge so you can display the box flat to fully show off the art. It will also hold a game disc or Nintendo Switch cartridge depending on which you order. 505 Games will announce when these are available to purchase.

If you’re eager to get your hands on the Nova steelbook edition and you’re in the US you can now pre-order from Best Buy for $39.99 on PS4, Xbox One and Switch.

For those in UK you can order the steelbook edition from Game UK for £34.99 on PS4, Xbox One and Switch.

Bloodstained: Ritual of the Night is releasing on PC, PS4, and Xbox One on June 18th, while the Switch version arriving a few days later on June 25th.