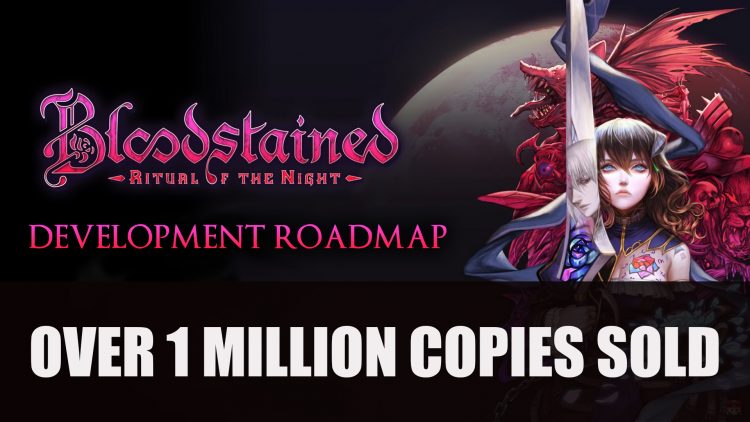 Bloodstained Ritual of the Night has surpassed the 1 million milestone for copies sold worldwide.

The igavania title Bloodstained Ritual of the Night has sold over 1 million copies internationally which is quite the achievement. The game started as a Kickstarter project which helped the title development under Artplay. To celebrate the milestone Koji Igarashi himself shared a message to fans thanking them for getting them to such a number and achieve global success.

ONE MILLION copies sold worldwide! THANK YOU to every Bloodstained fan for helping us reach this amazing milestone! Thank you for playing and being amazing members of the community.

Recently the developer released a free major update which added the playable character Zangetsu and new Randomizer mode which marks the second chapter of the game’s development.

But that’s not the only content in store for Bloodstained, a new roadmap has been shared outlining what they have planned for the rest of 2020. The development roadmap outlines new content coming in Q2, Q3 and Q4. This includes a number of modes, a special crossover, plus a new mystery playable character which they have already shared is not Dominique. The next update is coming as soon June 23rd, adding Boss Revenge Mode and Chroma Wheel. You can check out the roadmap below according to the official website: 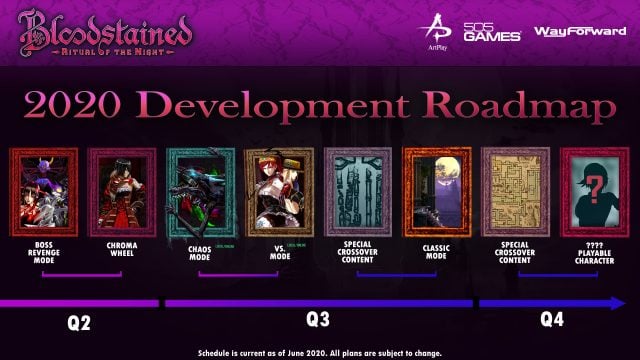 Take control of one of four in-game bosses and use them to battle the heroes of Bloodstained!

The salon is back in business with more options than ever for character customization, including hair, clothing, and skin color. Switch up your look with a true color selector and eliminating pre-set options previously available.

Boss Revenge and Chroma Wheel will launch on PC, PlayStation 4 and Xbox One on Tuesday, June 23rd, and Nintendo Switch in July

A tense survival mode where players compete by indirectly attacking each another.

A specialized boss rush for 1 or 2 players. The mode includes randomized drops and special sub goals that will grant more equipment when completed. Collect the best, drop the rest as you build power to defeat all the bosses!

It’s Bloodstained 80s-style as Miriam faces off against a series of sub-bosses laid out across five harrowing stages and three difficulty levels.

Bloodstained Ritual of the Night is currently available on Playstation 4, Xbox One, PC and Nintendo Switch.

For more news be sure to check out next Monster Hunter World: Iceborne Free Title Update 4 Releases July and Cyberpunk 2077 Mission Freedom Three Times More Than The Witcher 3.