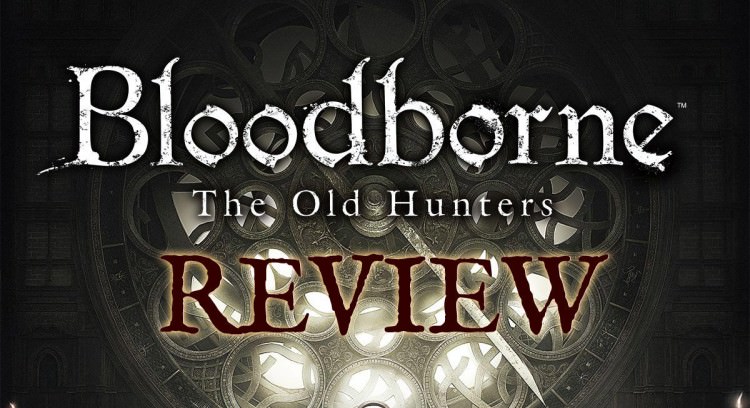 Bloodborne’s expansion “The Old Hunters” was released on November 24th, breathing life back into a game many felt had run out of steam with too much speed. In the 7 days since release, I have been asked one question over and over: “Is the DLC worth USD 20?”. This review aims to answer this question for those still wondering if this is worthy of their Christmas list. It is impossible to discuss the DLC without making reference to the original, so please be aware there are mild spoilers ahead. If you have not played the game and are considering the bundled version, you may want to skip to the conclusion. You may also want to read our review of the game itself. 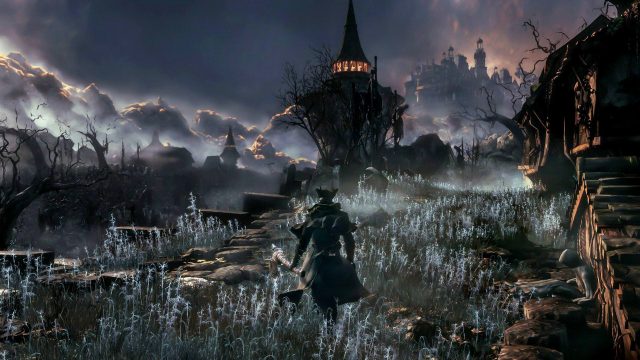 Reviews are subjective affairs, so I’ll preface this by stating that I’m a thorough fan of the Souls series. I played King’s Field, and I was hyped to hear Demon’s Souls announced and see a trailer at TGS. I have the platinums in all Soulsborne games and have explored and delved more than most would care to. To me, FromSoftware can continue to make iterations of the same game in different environments with slightly tweaked mechanics, bosses and new trinkets, and I’ll happily investigate their landscape and marvel at their level design and artwork. I do not suffer from souls burnout, and I’m not scared/worried/skeptical of a yearly souls title. In short: This review expresses the DLC opinion of a fan of the series, who knows the games and the studio well, along with the biases that come with it.

From that perspective, the DLC starts out a little underwhelming with some obvious recycling, then quickly drops the rehash and goes somewhere pleasing and unexpected.

The expansion came about as a merger of two separate DLCs, as revealed by SCE during an interview in TGS. This would likely be the merger then of a weapons pack and a set of additional areas.

A free patch right before the expansion also introduced a new co-op covenant and featured NPC summons who use the new weapons and armor from the DLC, which is a cunning way to advertise the additional tools locked away in the expansion. Lore-wise, the DLC…changes everything. Much of what had been assumed by the community turned out to be wrong, and new, unexpected facets have been revealed which has our lore section frenzied with theories. 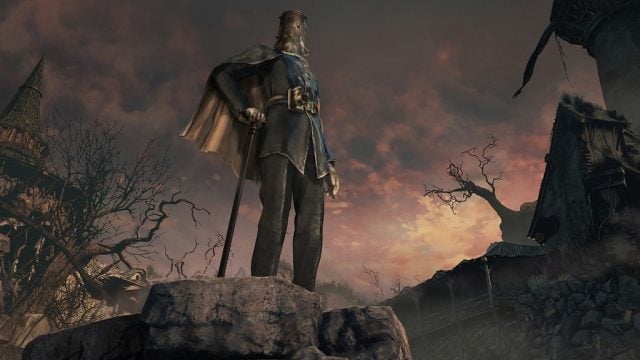 The lore revelations have made people wonder whether this DLC has been planned out from the start, or whether it is actually cut content. This speculation is interesting. If we remember, the leaked “Project Beast” trailer showed a Cleric Beast at the Grand Cathedral yet in the game we discover a new boss with the same skin. There is of course no way to know for sure, but it would be reasonable to assume that some sort of DLC had been planned and that some discarded ideas may have been reintroduced into development to make The Old Hunters a reality.

If your decision is based on numbers, here are the rune carved facts. The Bloodborne Old Hunter’s DLC adds:

This is a considerable amount of content when you understand that the base game had less than 40 weapons and 18 Locations, and that the new weapons can indeed be used for the whole game and thus provide a whole new character building experience. It is also accessible after defeating the first major boss of the base game, which means the regular entry point could be at around Blood Level 30-40, making the DLC+game bundle a really good proposition for those who had not purchased the game yet.

As I first entered the DLC, my initial impression was underwhelmed. I was in Cathedral Ward. A nightmarish and bloody version of it, but still the same location I had visited numerous times before. Further into the level I walked into more recycled content such as portions of Central Yharnam, and defeated recycled enemies such as bloodlickers, hunting dogs and wheelchair mobs. I was in truth, disappointed by this area as what I had been shown during TGS was a curated portion of the area that did not intimate a heavy reuse of old assets.

I was given hope for a challenge as the new enemies proved tough opponents. Their lack of stagger and the incredible reach of the new whip weapon prevented me from cleaving through them like most early enemies, and I was almost killed by the new delayed molotov consumable and the enemy-set heavy artillery fire. However there was little sense of wonder as I walked through one area, accumulating 9 weapons and many new attires which all felt crammed into the zone. It feels given rather than earned.  This is disappointing to me and feels contrary to the core concepts, yet I also understand this means players can easily gain access to the new weapons early on. 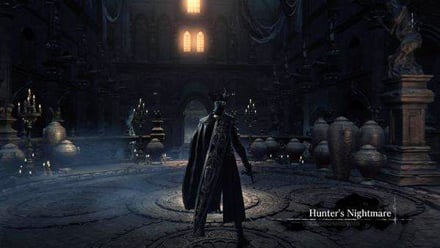 My apathetic progress through the bloodied river of Central-Cathedral-Yharnam vivified when I first encountered the new version of the Executioner enemy. In this iteration they have tentacles in their face and are wielding Bell Axes or Church Cannons, ready to destroy ill-prepared hunters. Excited to advance to the first boss fight, I made it through the fog and something unexpected happened: a whole section had been cut off from our TGS preview, and it was the part that introduced the Holy Moonlight Sword. I was completely unprepared for this and very pleasantly surprised to see the second phase of the boss introduce a completely new set of moves that demanded that I make a radical change to my strategy. The music is glorious and provides the perfect crescendo to the DLC’s true introduction.

After I defeated Ludwig, I really wanted to type “Real Old Hunters Starts Here” in the vicinity of the fight, and I realized that From had gotten me again.

From here on, the DLC uses little to no recycled content. The areas feel natural and unsaturated with pickups, and there are traps, puzzles, mystery NPCs with incomprehensible quests, secret locations, new bloodgems, and two of the hardest bosses of the game, rivaling Defiled Watchdog and Defiled Amygdala.

Entering the second area, after fighting some rather evil Hostile Hunters and discovering a secret passage under an elevator, I found an NPC waiting by the lamp, ready to give me a quest. The familiar “souls” feeling of the perfectly placed guidance set me forth into a level-sized puzzle, where my lore knowledge was not only tested but indeed challenged, as the game teased abrupt changes to everything I had believed I knew.

“Plip, plop, splish, splash”, taunted an NPC as she begged me to help further her dubious transformation. “Kill me please” begged another patient of this cruel experiment. A Church Servant oversaw the situation from a vantage point, while deranged ones flailed about the abandoned premises.

The real surprise, however, was after solving a puzzle and accessing a boss. Beyond them, in the Astral Clocktower, I saw my own prediction come true. Meet Lady Maria, the best-crafted boss of the game. A fantastic plot twist only surpassed by her superb moveset. This hunter means business, and holds the key to everything you have been wondering about throughout the entire game. Kos… or Kosm? You’re about to find out! 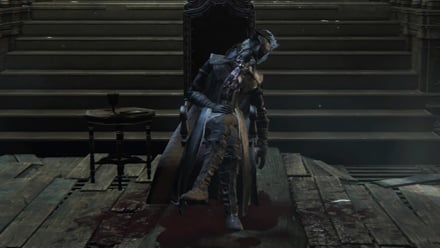 Then…everything twisted once more. We had been looking to the stars, to aliens and the mysteries of the cosmos but it all comes back to earth and deep within the sea. The area design is intriguing and fresh, the enemies vicious, and the last boss may be the ultimate co-op experience.

So Is The Old Hunters Worth It?

Now, for those interested in gameplay, I grant you eyes:

Read our “Everything to Know Before Playing Old Hunters” guide.

The best DLC for any game this year and a close second to the Artorias expansion as "all time best".
The life breathed into the whole game by the free patch combined with the dlc have made a world of difference for players. We are seeing daily events and streams, fightclubs, dungeon runs, weapon guides and lore discussion in our forums, wiki and chats. The new weapons and bosses are outstanding, giving the DLC elements fantastic replayability that was not necessarily present on the base game. Some points discounted for area recycle and a somewhat steep pricepoint for some, but in the end the DLC is worth its price due to the effects it has on the whole experience.