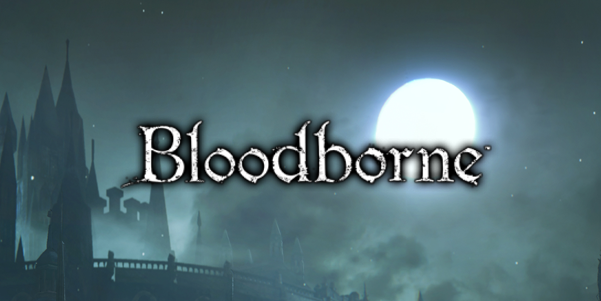 Is it the cryptic and unique story and lore? The breathtaking environments and fantasy setting? The hardcore gameplay and the punishing mechanics? Were you to ask 100 different players, you would get 100 different answers. But the really important question, the one we’ve all been wondering, is simply: Can they get it right again? After seeing Sony & From Software’s new collaboration, Bloodborne, at E3 with my own eyes, the answer is yes, yes they can. 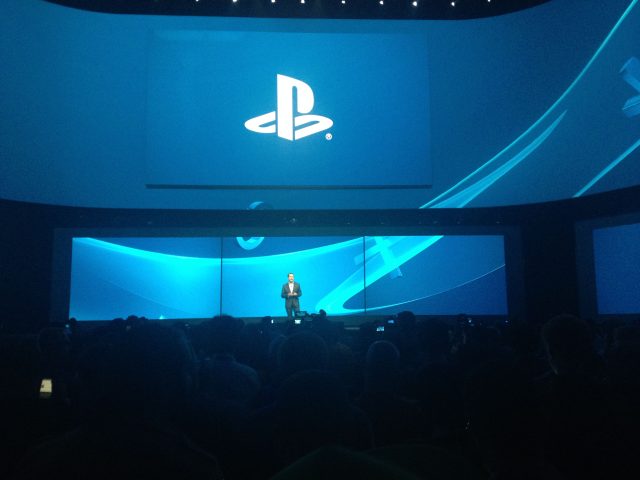 We all hoped that come E3 2014 we would learn more about an obscure Sony IP: Project Beast. Many of us thought it was going to be Demon’s Souls 2; we were right and we were wrong. Bloodborne was announced by an emotional Shuhei Yoshida as a Playstation 4 exclusive to raucous applause at Sony’s conference. Knowing this would be the spiritual successor to one of our most beloved games of all time, Sony had graciously extended Fextralife an invitation. I was the lucky one who got to be there to shake Shuhei’s hand and to meet Miyazaki the next day. I was also the one who got to see the gameplay demo and have a chat with Brand Manager Brian Duhn. See Community Q&A at the end of the article.

The first thing you notice about the game is its Gothic European environment, inspired by 19th century Victorian England. Cobblestone streets and wrought iron fences abound and both your character and enemies are dressed in the distinct attire of the period. This gives your customizable character the look and style of the classic monster hunter, with the typical Souls’ touch of a ragged appearance. This background is a drastic departure from previous Souls games and one that From is taking a serious gamble on, but one that could prove the mechanics transcend the setting. 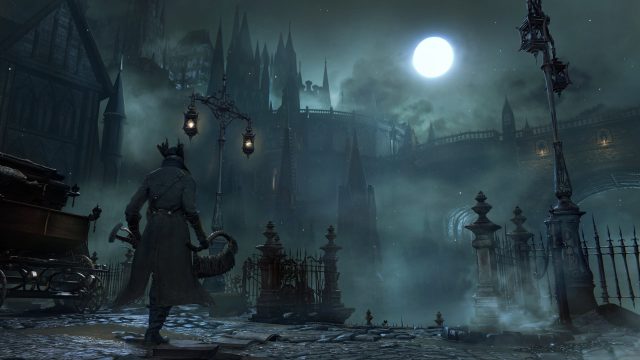 The game takes place as you arrive in Yharnam, a cursed city, where the plagued come in their last hopes of finding a cure. Upon arrival you find the city being swept in an epidemic and the surviving citizens of Yharnam fighting for their very lives. Many have already been stricken ill and lost their humanity, patrolling the city in search for possible threats. Some have taken beast-like forms, not unlike werewolves, and attack anything on sight. You must make your way through the perilous city and find a way to save Yharnam and yourself. 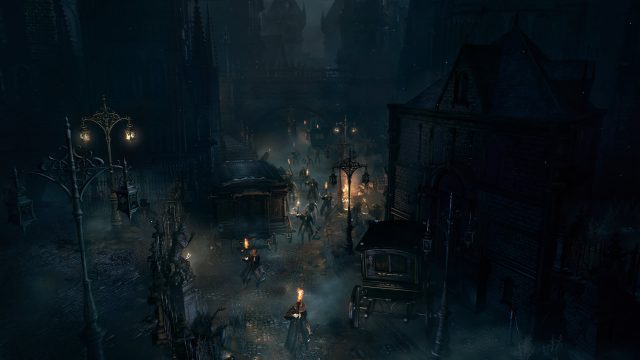 The second thing you notice about Bloodborne is the weapons. When I first talked about the game with Senior Playstation Community Manager Paul Sullivan, he told me it was “Dark Souls with shotguns”. Well I’ll be damned if he wasn’t right. One cannot describe it better with fewer words. The shield you’ve used for so many hours of gameplay in previous Souls titles is instead replaced with a shotgun. Equipped with a faster and sleeker dodge, the combat focuses on strategic aggressiveness and the timely utilization of stuns and gadgets, doing away with magic.

As a Souls veteran, the atmosphere revealed in the trailer initially surprised me, and I was sceptical as to whether it would feel like a Souls game. Those doubts were laid to rest within moments of seeing the gameplay demo. First, it was the sounds: I noticed immediately that the player’s footsteps thud exactly like other Souls games. Those effects we’ve all come to know and love, from the item consumption and sword clashing to the climatic scores during boss fights, return in full glory.

Similarly, graphics now aim to 30fps on 1080p, but preserve the familiar animations of the previous engine in key items such as healing orbs, that are reminiscent of humanity usage. Attacks and movesets from players and enemies share the traditional heaviness and swiftness of the series, with an added element of blood. There are interesting improved mechanics, such as finisher moves available against low health enemies, and a more impactful implementation of the torch lightning.

Many games at E3 have me excited, restless and impatient for them to arrive. This game is right at the top of that list. I am eager to see the return of an intertwined world that rewards exploration via shortcuts and I am encouraged by Miyazaki’s indications that he expects community discovery to reveal the game’s systems. Bloodborne will be darker, bloodier and more unforgiving than other Souls titles. For all of those who were disappointed with Dark Souls II, whatever the reason may be, this might just be the game you are waiting for.

Q. Will the game be as bloody and gory as the trailer is? (AEMIII)

There will be varied customizations for your character’s equipment. Your character is also fully customizable as in other souls games.

Q. Will it be open world like Dark Souls or more instanced like Demon’s Souls, if either? (Gaxe)

The world design is like Dark Souls, complex and intertwined.

Q. The gameplay looks like it is inspired by the souls series. How much will this game borrow from the mechanics? (Serious_Much)

The game heavily borrows from known mechanics but they are not copied exactly, with some significant alterations.

Q. Will this game satisfy the mass of Souls fans – in terms of the ingenuity of design that surges through the Souls series’ veins – which are anxiously awaiting this to be revealed as another Souls-inspired From masterpiece? (Myztyrio)

Miyazaki wants the players to feel each finished battle as an accomplishment, and emphasize exploration of the world and discovery of systems, with community collaboration.

Q. What is the time period / world we inhabit in Bloodborne? (Bosslugger)

Q. Will we be able to create our own protagonist or will we be given one to play as? (FordreddofForossa)

Characters are fully customizable as in other Souls titles.

Q. Is it going to be another Souls game or is it an entirely different game? (Wyrmhero)

This isn’t a direct sequel. It’s a whole new world and setting. A spiritual successor.

Q. Will all stuff be gothic/victorian styled or will we see more traditional styled “souls’ stuff? (ShinnyMetal)

Styles share on the graphical engine of souls and its artistic expression.

Q. Will the game also have a magic element? (pew-pew magic) Or is this world totally devoid of the soul arts? (Ublug)

Magic has been replaced by gadgets, but not all is seen.

Q. Is this an RPG or action adventure title? (AbyssTNT)

Bloodborne is an action RPG

Discuss Bloodborne in our dedicated forums

9 comments on “Bloodborne: The Next Generation of Souls”