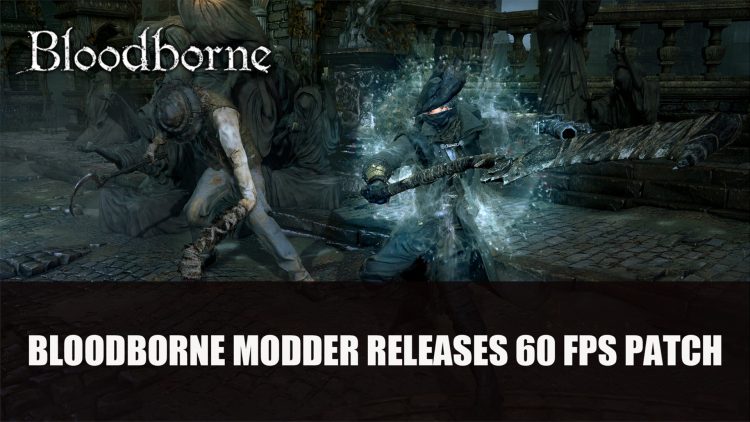 Dataminer and modder Lance McDonald has now released an unofficial Bloodborne patch which lets the game run at 60 frames per second.

A modder/dataminer Lance McDonald who you might recognise from his many videos that have unveiled cut content in Bloodborne to discovering the final secret in NieR Automata. But his latest contribution to the gaming community though is a mod for Bloodborne.

Previously McDonald had shared that he was working on a mod that would enable Bloodborne on PS4 to run at 60 frames per second. Back in October last year, he shared he would give Sony a chance to release an official update for the game. Since one wasn’t released, the modder released a patch.

In a post on Patreon, McDonald shared the patch must be applied to the latest version of Bloodborne (v1.09). The patch will let the game run at 60FPS as well as give the option to lower rendering to 1280 x 720.

So far there has been no news from Sony on updating Bloodborne to run at 60FPS on PS4 or a PS5 update.

If you want to check out the patch in action you can view the video below which was released a few months ago, showing off Bloodborne in 60FPS glory:

FromSoftware is currently working on their next project the infamous Elden Ring which has been a little quiet since it was announced. However you should check out the recent Elden Ring Concept Art revealed in January, which gives a little more insight into the game’s development concepts. You can also read about Everything We Know About Elden Ring for all the juicy titbits.

Whether you’re diving into Bloodborne at 30FPS or 60, be sure to drop by our Bloodborne wiki.