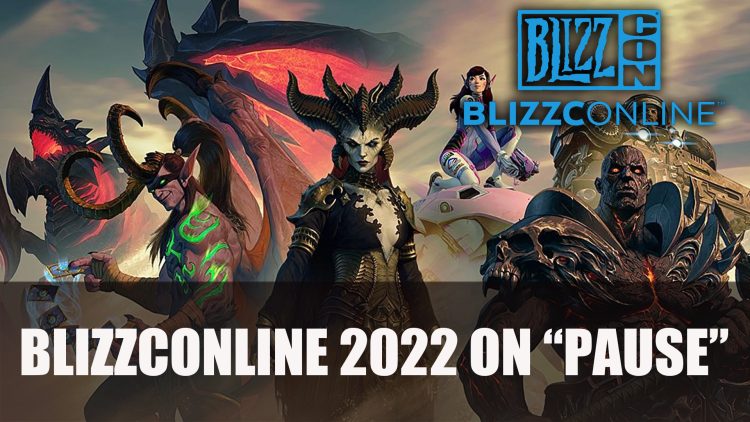 Blizzard have announced they have officially put a pause on BlizzConline 2022.

BlizzConline 2022 on “Pause”; Event to be Reimagined

Blizzard have officially announced they have put a “pause” on the online event BlizzConline next year. The online event which was used to replace the annual event in response to the pandemic BlizzCon was due to return in early 2022, after the company announced they would be cancelling the physical event for a second year running.

In the latest statement they shared it was a “tough decision” to make and they have decided to “take a step back and pause on planning”. The company also hopes to “reimagine” the event. The first BlizzCon took place 16 years ago, and they have acknowledged “so much has changed since then”. 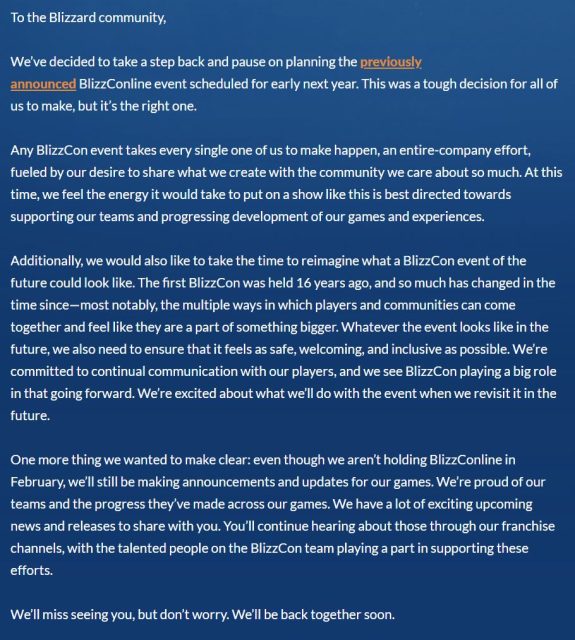 Recent press for Blizzard has been less than positive with ongoing lawsuits in light of company legal battles with sexual harassment cases. Taking a step back is to be expected, as it would help shape future events, as they aim to make it as “safe, welcoming and inclusive as possible” according to the post. This isn’t too surprising with what’s been going on.

BlizzConline isn’t the only event that has seen change over these past couple of years. With publishers like Sony opting for online events rather than joining E3. BlizzCon however is Blizzard’s major convention which usually hosted updates and major announcements about their games. This also might mean a delay in hearing more about Overwatch 2 which is still in development, but we’ll have to wait and see but Blizz has not commented on the development in this post. What exactly the next event will look like is also unknown, whether they will return to physical any time soon is still uncertain.

For more news find it here in Nioh Developers Working On New Action Game Set In Romance Of The Three Kingdoms and Xbox Game Pass To Add New Games Including Age Of Empires 4 And More October 28th.

One comment on “BlizzConline 2022 on “Pause”; Event to be Reimagined”