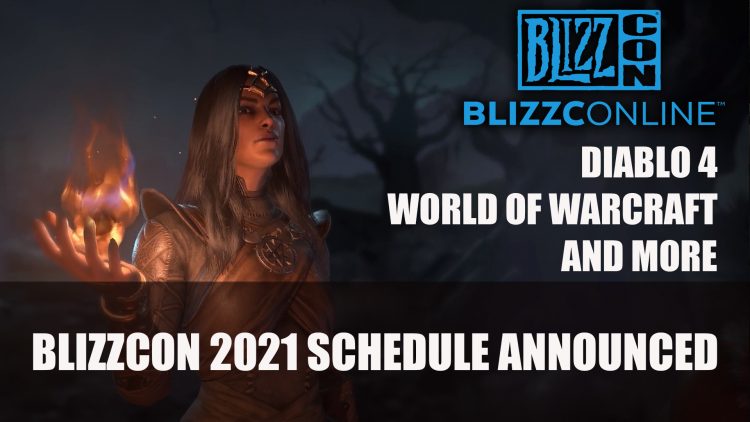 This year’s BlizzCon 2021, or BlizzConline 2021 as it’s known this year, will feature a focus on the future of Diablo as well as a prominent look at World of Warcraft according to the schedule.

Blizzard Entertainment have released a schedule for this year’s BlizzCon, which takes place completely online this year. The schedule has highlighted what is happening over the course of the two-day digital event, which looks to be focusing on franchises World of Warcraft as well as Diablo.

BlizzConline will start on Friday, Feb. 19, at 2 p.m. PST with an opening ceremony, after which there will be a number of panels including “What’s Next” for Diablo and WoW. Usually, these panels offer a little more insight into the game’s development and announcements.

With Diablo 4 currently in development as well as the mobile RPG Diablo Immortal, hopefully we’ll be seeing more of each. There also have been rumours of a possible Diablo 2 remake or remaster happening, but nothing has been confirmed about that as of yet. Maybe we’ll get an announcement about this at BlizzCon?

We already know that Diablo 4 won’t be releasing this year, but this doesn’t mean they won’t share more details about the development and a possible release window could happen too for Diablo 4.

There are also other presentations for Hearthstone, Starcraft Legends, and behind the scenes for Overwatch 2.

You can check out both Day 1 and Day 2 schedules below:

For more news be sure to check out next The Witcher: Old World Board Game Kickstarter Starts In May and The Outer Worlds Next DLC Expansion Could Be Coming In March.