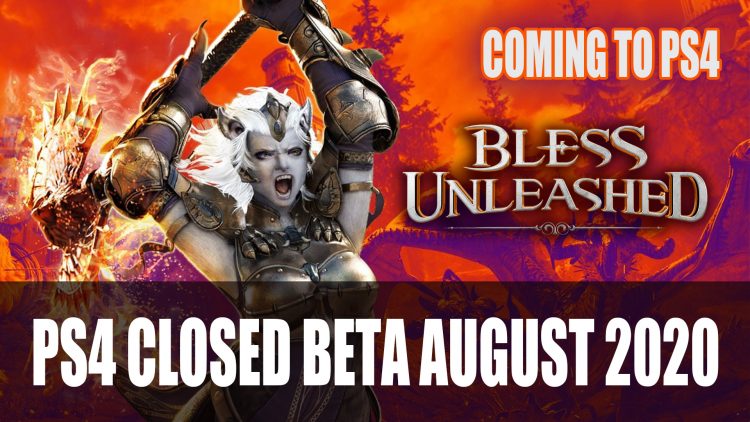 Bless Unleashed the online MMORPG is coming to Playstation 4 and the beta will take place this August.

Publishers Bandai Namco and Neowiz, plus developer Round 8 Studio have announced the MMORPG Bless Unleashed is coming to Playstation 4. The beta will start at 10AM PDT on August 20th to August 24th.

Those who want to take part in the closed beta will need to register on the official Bless Unleashed website for a chance to gain a key, you will be notified via email if you get in to the beta.

Bless Unleashed is a free-to-play MMORPG which up until this point had been exclusively available on Xbox One since March of this year, and will be releasing on PC via Steam in 2021. The action title introduces players to the world of Lumios, where you will fight mighty monsters, or go against other players, as you search for the truth behind the strange daunting visions and hidden secrets.

The game brings players straight into the action with its combo driven combat, giving the option of a number of classes to play including Berserkers, Mages, Rangers, Priests and Crusaders. You can even choose from Blessing Skills to help tailor your character to your preferred playstyle.

Bless Unleashed will be coming to Playstation 4, with the closed beta kicking off this August 20th.

For more news be sure to read next Mortal Shell Will Get A Physical Release This Fall and Magic: Legends Devs Reveal Necromancer Class. You can also find out why Bless Unleashed made our Top 5 in March this year, when it released on Xbox One here.