One game that’s come to our attention recently is Bleak Faith: Forsaken. For all intents and purposes it is a Souls-like ARPG being developed by a two man team. You heard that right, Bleak Faith is being created by just two people. In this article we’ll fill you in on this game that aims to release in Q1 or Q2 of next year, with Early Access coming this fall.

Bleak Faith: Forsaken is a third-person open world survival horror action RPG set in a universe you’ve never experienced before. Play as one of the Forsaken, the last frontier of humanity against the growing horrors of the Omnistructure. As you find yourself stranded in a faraway outpost, you must adapt in order to survive. The world won’t wait for you though, you must venture into the unknown – your faith will decide your fate. 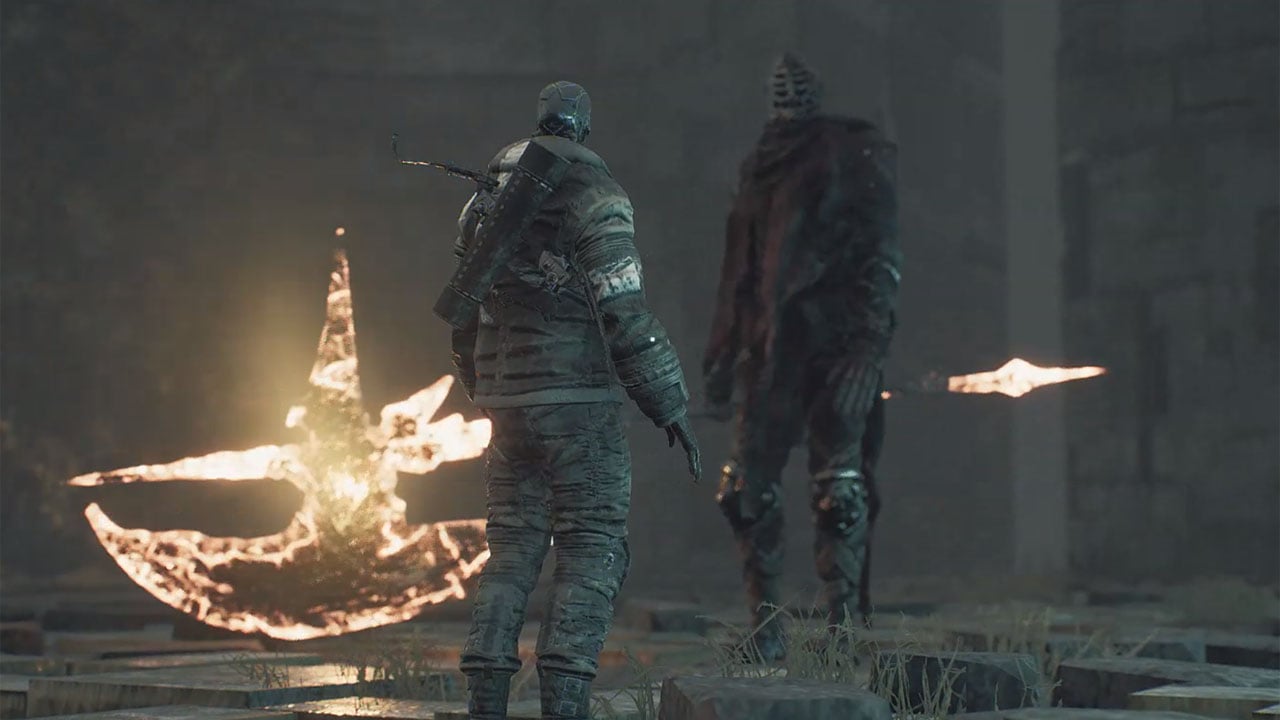 The Setting and Art Style of Bleak Faith is very very intriguing, and in my opinion is one of the bigger draws of the title. It has a combination of Souls and Sci-fi that hits just the right notes, allowing you to get the best of both worlds. It’s dark, mysterious, and provides players with a reason to explore at their own peril.

Players will play as a Forsaken, one of a legion of hunters that are condemned to protect the little that remains of humanity. However, the nature of your existence is not immediately clear, and you must explore the Omnistructure in order to find out what’s really happening. The developers promise a world is full of lore, with every aspect crafted with utmost passion and a dedication to art. Time will tell if this proves true. 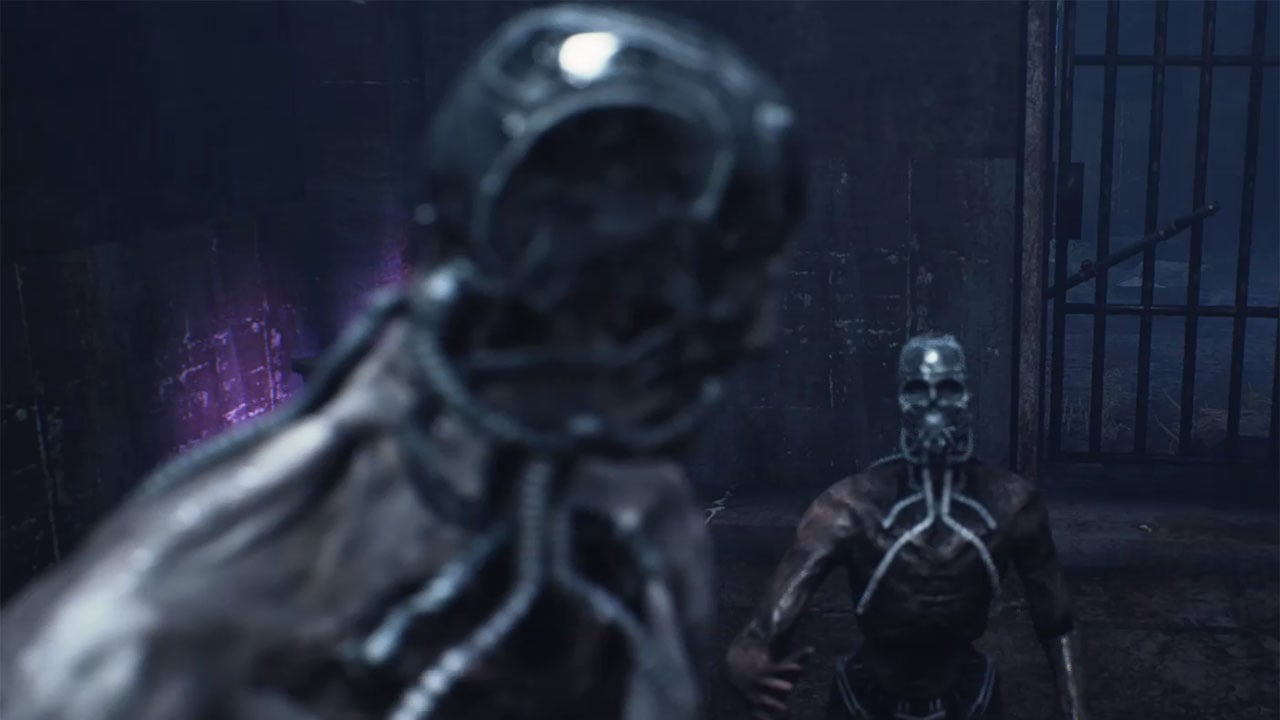 Bleak Faith: Forsaken is an “Open World” ARPG, much like Dark Souls, that allows players to go whichever direction they want, whether they should or not. The idea is to provide players with a sense of wonder and freedom, while they traverse the mysterious landscape searching for their purpose. There are a few havens for players to escape the impending dangers, however, nowhere is truly safe.

There is also a bit of a survival aspect to the game, and players will collect materials from enemies and around the map, crafting items that can make their lives easier. For example, players can combine several materials to create a healing item which replenishes all their Health. From what we’ve seen this seems to be an integral part of the game, as nearly every single enemy drops crafting materials. 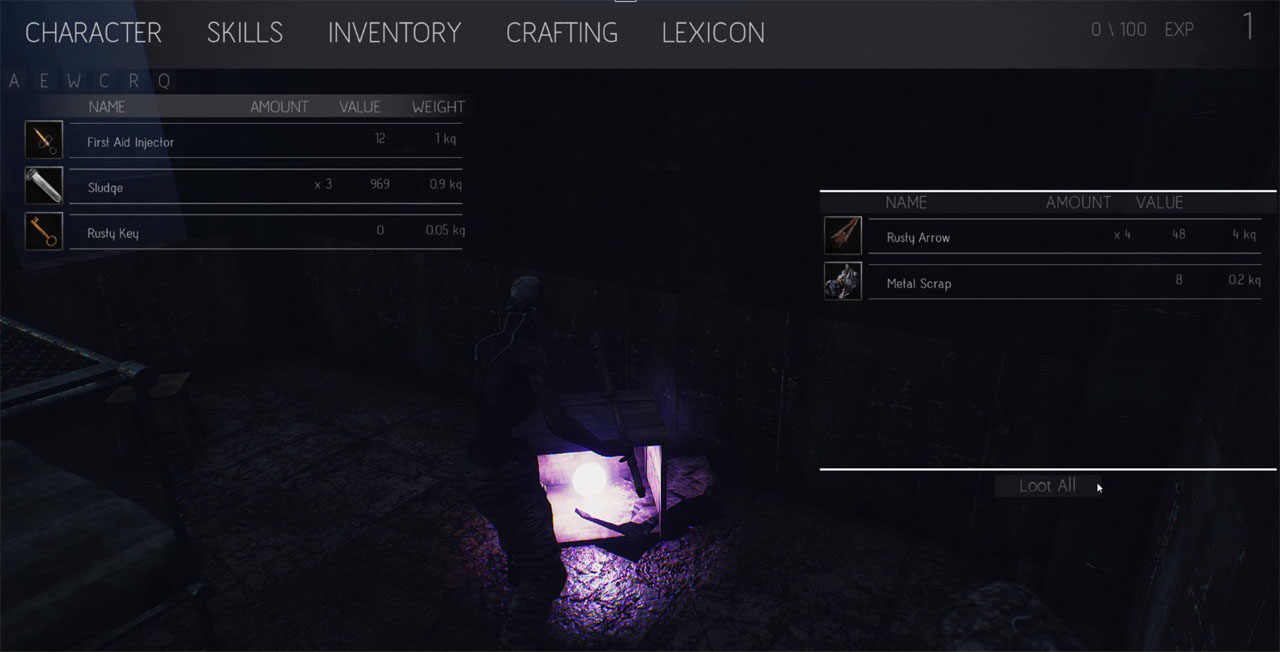 One particularly interesting feature of the game, is that there is a living breathing ecosystem that provides a unique experience for each player. There are apex predators that will attack other enemies, sort of like Monster Hunter World, so you never really know what you will encounter. The longer you take, the more things may change before you reach your destination, and some of these predators may have already died, do to constant infighting.

The Combat of Bleak Faith: Forsaken uses a similar system to Dark Souls, in that players will consume Stamina by light or heavy attacking, and can block/parry enemies allowing for an opening to counter attack. There is also and “Execute” feature, that allows you to finish off enemies that are knocked to the ground, which occurs quite often.

Perhaps the biggest difference is that there is no “lock-on”, making all combat “manual”. In the little bit of time I played the prototype I found myself really missing this, as often times you and and an enemy will connect at the same time with attacks. And because the build I played didn’t have collision detection, you would pass through the enemy, and then it would end up directly behind you, and your camera does not automatically turn since there is no lock on. This puts you in a bad situation constantly, since enemies can turn very quickly, but you cannot. 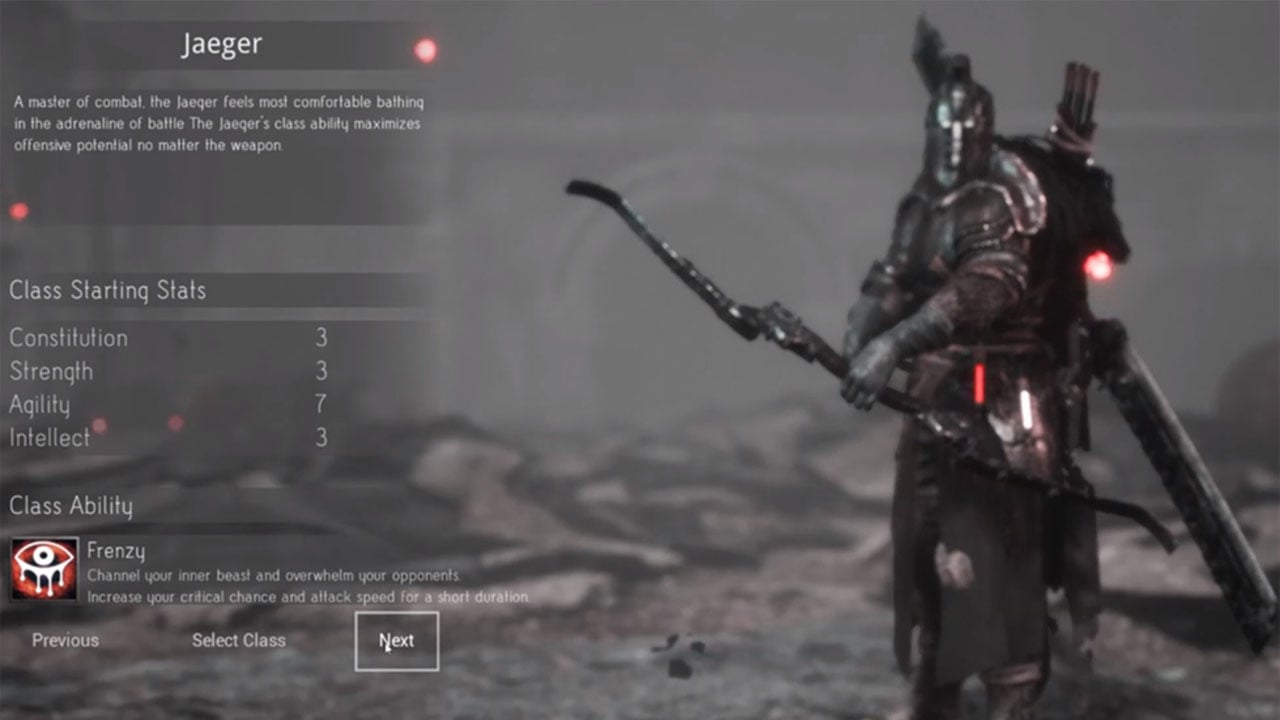 Players will also have Weapon and Class Skills, but these were not present in the build I played, and the game does feature a leveling system. This allows the player to create the sort of character they wish, and should provide some replayability via Builds. I don’t have a lot of information on the variety of these, but there were 2 playable Classes in the prototype demo.

Bleak Faith: Forsaken is aiming very very high for a two man development team, and one has to wonder if they will be able to deliver on Early Access this fall, and a Q1/Q2 release next year on PC, with a console release at an undisclosed time afterwards. From what I have seen from the prototype, they have a LOT of work to do to make this happen, but perhaps their dedication and passion can carry them through. The last two person dev team I can think of was Ska Studios, and Salt and Sanctuary still remains one of my favorite Indie games to date. 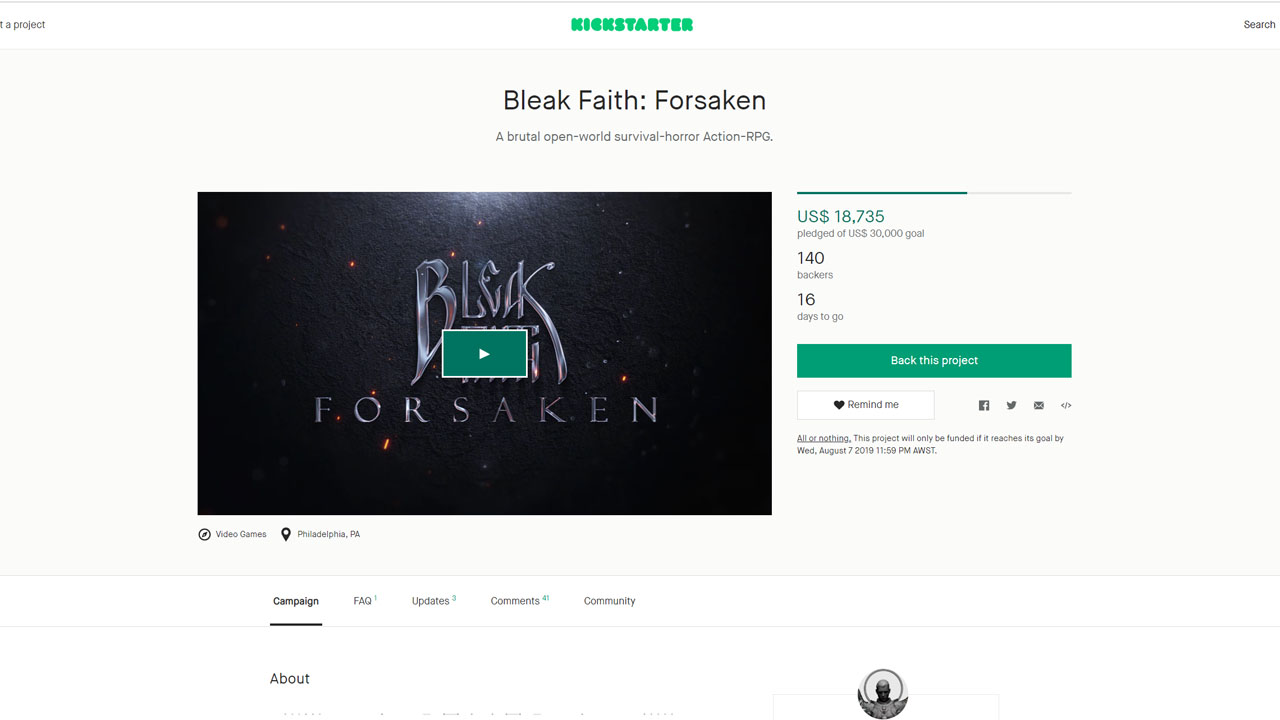 If you like what you see and you don’t want to leave things to chance, you can help back the project on Kickstarter. The game has 2 weeks left at the time of this video, and these guys can use all the help they can get. I can’t be the only one out there that’s tired of being fucked over by large studios delivering the bare minimum year in and year out in order to hit their profit margins, while people who still have passion for gaming get overlooked. The game is supposed to be 30 hours long, and will retail somewhere around 30 USD at launch based on what is listed on their Kickstarter.