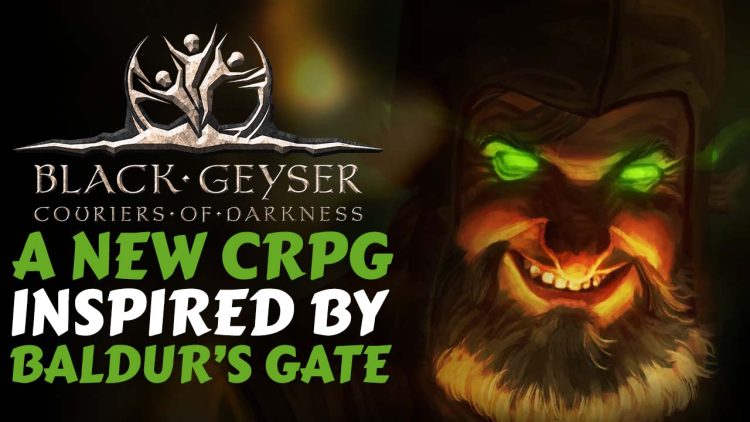 Black Geyser, the dark fantasy CRPG inspired by classics such as Baldur’s Gate and Neverwinter Nights is set to release on March 17, 2022. It has been in Early Access since August 2021.

The Team at GrapeOcean Technologies is proud to announce the release date of their debut game, Black Geyser. Since releasing in August of 2021, the team has been able to implement over 20 major updates and new features. Black Geyser: Couriers of Darkness has had significant improvements to the technical side such as loading times and updated sounds and interface menus, but to the gameplay as well. New quests have been added, and there have been multiple balance passes done. It even received support for Linux and Mac operating systems.

For those unfamiliar with the game, Black Geyser is an isometric top-down fantasy RPG inspired by classic games in the late 90’s to early 2000’s. The average player would be able to immediately recognize the look and feel of the title and compare it to things like Icewind Dale, or the more recent Pillars of Eternity. 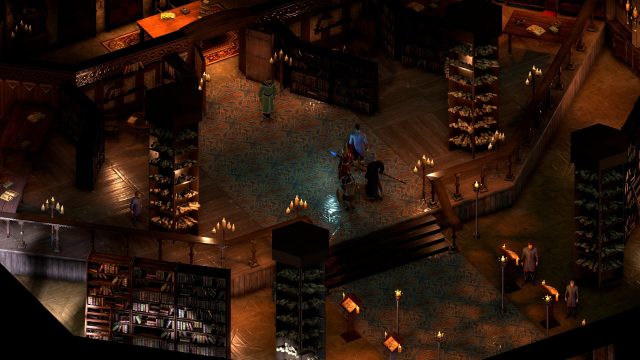 The game is set in the plague-torn land of Yerengal, whose dark past is slowly making its way back into the present. The old and evil gods of the land banded together and created the Black Geyser in an attempt to take over the world once more. This uneasy alliance brought upon the downfall of mankind, as they succumbed to corruption and infighting. 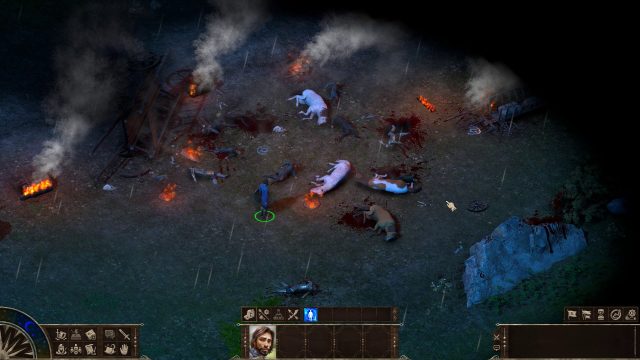 The World is Cursed

Wanderers of the Black Geyser

Players can customize their characters quite extensively in Black Geyser. You can choose from the standard Humans, Dwarves and Elves but also have access to the more exotic Feldegug and Rillow races. After that, players can choose between 13 classes. You have things like Fighters, Templars, Thieves, Clerics, Shamans, Wintermages, and Spellwavers, among others. 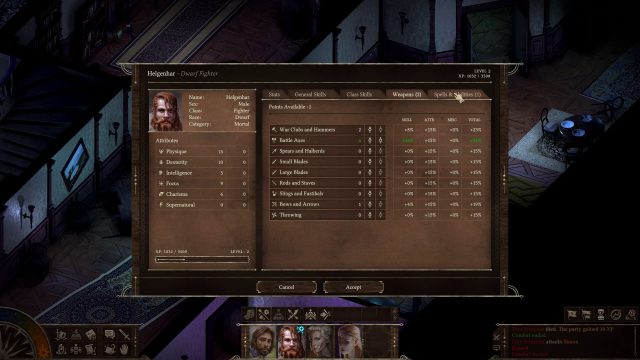 Another interesting aspect is that each class has specific skills assigned to them that are not strictly related to combat. For example, religious characters such as the Cleric will have access to Theology, which grants them additional dialogue choices related to faith. The Highlander will have access to Seasoned Warrior, which allows them to have warrior-themed dialogue and be able to persuade other soldiers, thugs and mercenaries.

During their travels, players will encounter and recruit various companions such as Bjalla, the Destined or Siracca, the Hectic. The detailed Party Sheet allows you to view your overall party effectiveness. It will also rate how balanced the current group composition is. Players can also design and set formations so that you can optimally position your heroes before leading them into battle. 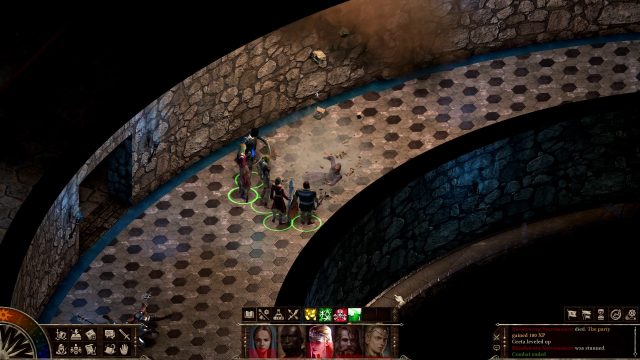 Battles in Black Geyser are top-down and feature the real-time with pause mechanic, similar to Dragon Age: Origins. Unlike D&D, Black Geyser doesn’t make use of dice rolls to determine whether an attack connects or not. Instead, your chances to hit and damage are all based on your race, class, attributes, weapons and armor.

One of the more unique features that Black Geyser offers is the Greed System. As Zornilsa, the Goddess of Greed is one of the deities responsible for the Geyser, the land has become cursed and has a negative effect whenever mankind exhibits their greed. 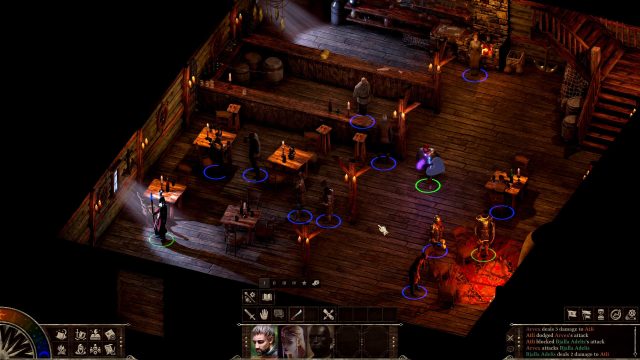 NPCs React to Your Greed

Whenever you loot from the dead, your party’s greed meter increases, and subsequently, the power of Zornilsa does as well. The higher the greed of the world, the more chaotic and unpredictable the world will become. NPCs can charge you higher prices, be more wary and disagreeable, or can even attack you on sight. This can potentially lock you out of some side quests.

Stealthy characters can also make use of the greedy Plant Item ability. With this, they are able to sneak any item into an NPC’s inventory and blame them for theft. You can use them as scapegoats for your dastardly deeds. You can also poison enemies by placing toxic potions into their pockets. 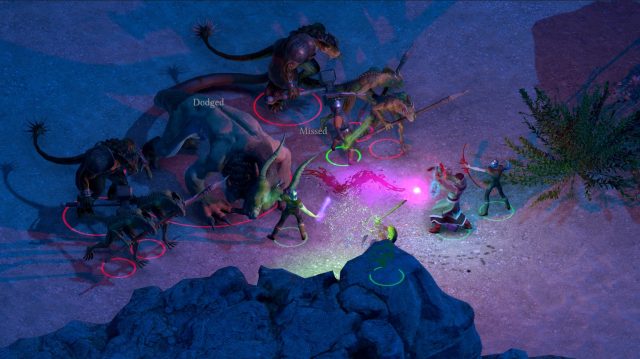 Monsters are Many and Dangerous

Black Geyser is definitely a CRPG to check out. It will be leaving Early Access on Steam and GOG on March 17th for $24.99 USD. For more information, be sure to check out the Official Black Geyser Wiki. You can find a lot of different guides here as well. We also took a look at the initial Early Access version back in August.