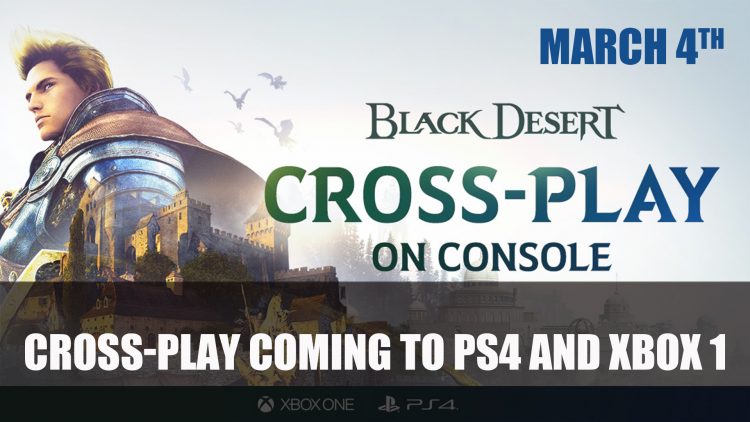 Pearl Abyss have announced that the MMORPG Black Dessert Online is getting cross-play support for Playstation 4 and Xbox One.

Black Desert Is Getting Cross-Play Support for Consoles

Pearl Abyss the developer behind the action MMORPG Black Desert has announced that console versions of will getting cross-play support starting March 4th. This means you can now join up with your buddies and adventure together whether they’re on Playstation 4 or Xbox One.

The fantasy MMORPG comes with highly detailed character customisation tools, high action combat with monsters to slay, a huge open-world to explore and Life Skills such as crafting, hunting fishing and more.

We are thrilled to announce that cross-play is coming to Black Desert consoles on March 4!

More details about adventuring as one will be coming soon. pic.twitter.com/6vbQ8zmbBa

Black Desert is now available to play on PC, Xbox One and Playstation 4.

For more news be sure to check out next THQ Nordic Are Developing The Gothic Remake. You can also check out more Pearl Abyss news in Crimson Desert Trailer Unveils ‘A Saga Written In Blood’.