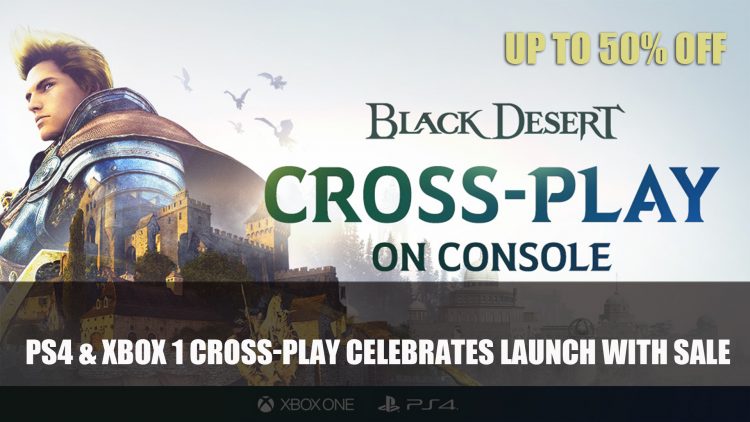 Black Desert has just launched cross-play for consoles and are celebrating with sales of up 50% off for Xbox One and PS4.

If you’re thinking to start playing Black Desert, the fantasy MMORPG by Pearl Abyss now would be a good time to pick it up as they have just launched cross-play across consoles. PS4 versions will be receiving the Archer character class and the new region of Kamasylvia as part of the update, which catches them up with Xbox One version players.

PS4 Adventurers, get ready to embrace the wolf and unlock more powerful skills with the Archer’s Ascension on March 4!

To celebrate this new milestone, Black Desert is now on sale until March 18th. Purchase the Playstation 4 version with 25% off as well as 50% off for PS Plus Subscribers, and you can also purchase in game currency Pearls with 10% off. For Xbox One, Black Desert is now 50% off with Pearls now discounted with 20% off.

There are also a number of daily log-in rewards to celebrate the launch of cross-play.

You can check out the discounts for Black Desert versions below:

You can also check out the latest trailer which shows the union of PS4 and Xbox One versions with a green and blue theme video:

Black Desert is now cross-play for PS4 and Xbox One. Black Desert Online is available on PC.

For more news find it here in Castlevania: Symphony Of The Night Launches On IOS And Android and Bloodstained: Ritual Of The Night Won’t Get ‘Roguelike’ Mode. You can also read about Pearl Abyss’ new project Crimson Desert Trailer Unveils ‘A Saga Written In Blood’.