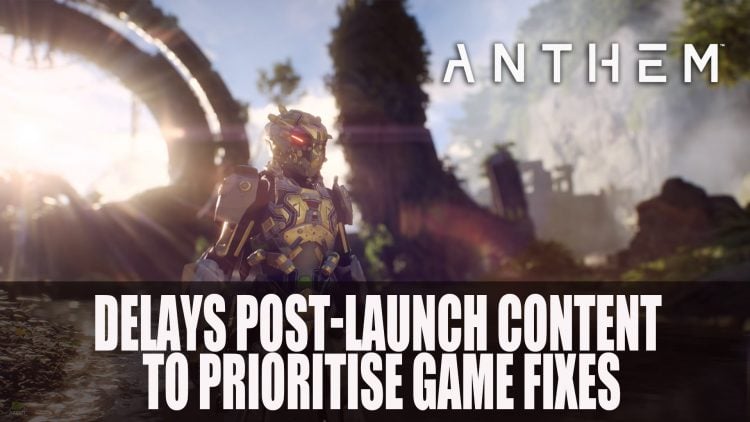 Bioware has decided to delay the release of its post-launch content which includes the anticipated Cataclysm which adds the first four-person raid type activity to the game.

Bioware are set to release some features as part of their “Act One” of post-launch content. This decision was made as they are trying to make improvements to the games current state.

This isn’t the only feature that has been postponed, the game it set it gain a mastery system, guilds, new legendary missions, weekly stronghold challenges, leaderboards and further freeplay events. There is no news as of yet when these additions will be implemented into the game.

According to the roadmap that was released for Act One, only the new Stronghold mission called The Sunken Cell is on schedule as this arrived yesterday. Further updates came with 1.1.0 which include access to the Forge anywhere in the world, ability to launch new expeditions from the expedition menu, and access to contracts without having to go and collect them.

In terms of when there will be news of Catalysm, Bioware have stated there will be some more details next month according to their blog post on Reddit:

The Cataclysm is an important addition to the game and it’s currently a big focus for the team.

Bioware look like they are trying to fix many issues that were a concern for players at the beginning of launch, which hopefully will help in improving the gaming experience.

For more Bioware be sure to read next Bioware Teases Announcement Next Dragon Age Game At TGA 2018 and Anthem: Final Impressions Review. You can also check out Bioware Shares How Anthem Could Influence New Dragon Age And Mass Effect Games.