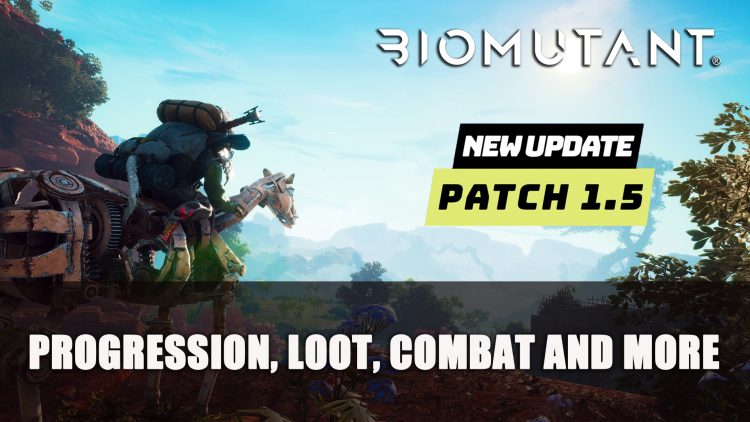 In this Biomutant Patch 1.5 Breakdown, I’m going to talk about the major changes that have been recently added to the game including progression, loot and Combat, to name a few and how these impact the way you play.

The first features we’ll cover for the Biomutant Patch 1.5 Breakdown are the max level cap increase as well as the difficulty modifiers added to New Game+.

One of the biggest changes this time around is the massive increase in level cap from Levels 50 to 100. This incentivizes you to play more via New Game+ in order to further optimize your Build and to chase after superior loot. Note that when you start with New Game+, all of the previous XP and gear you’ve gained in your previous playthroughs are retroactively applied to your progress so there’s a boost with respect to how powerful you are right from the start. You can also unlock perks from any of the available Classes, as of Patch 1.4, and these extra levels should make it much easier to acquire them all. 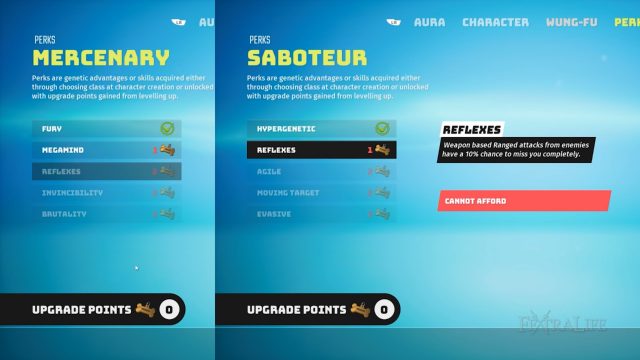 Now in terms of the New Game+, modifiers have been added to increase the game’s difficulty especially after completing each loop. This should improve players’ combat experiences by making Biomutant more challenging whereas before, you could easily wipe out hordes of enemies simply by shooting with your Guns.

There are several changes that have been implemented for Items and loot, which is not limited to better Equipment stats, higher quality Weapon parts, and the ability to toggle your Headgear. Let’s go through these one by one.

When it comes to loot, you can expect to encounter more variations with lesser duplicate items. These new items also have better stats. If for instance you find a Rifle at lower levels, there’s a chance that you’ll come across a more rare version of the same rifle with improved stats later on in the game. These additions feel more rewarding since you’re able to farm for better gear with more variety while reducing the chances of getting a lot of duplicates in the process. If you’re not happy with some of the items you’ve collected, you can easily get rid of them thanks to a dedicated scrap action in the loot screen. 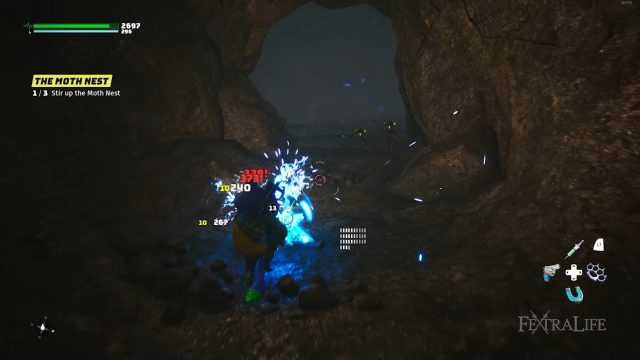 One good perk that makes Crafting more interesting is the inclusion of higher tier Relic and Legendary Weapon parts, which drop once you hit Level 50. As a result if you wish to try out New Game+, your Armor’s Rarity Level and Star Rating will both be of superior quality as compared to before.

In this update, you can also adjust the settings to either hide or show your headgear as you wish, which is a huge plus if you feel like you want to benefit from the headgear’s stats but you don’t really fancy its design. 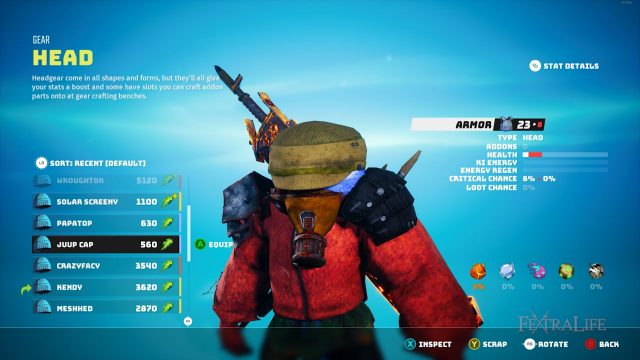 Another significant change Experiment 101 has done is the damage boost for Tribe Weapons. These Weapon types didn’t have much impact in your Melee Builds as opposed to the Legendary and Ultimate Weapons, because you couldn’t modify them. But now, they seem better off so you can go ahead and experiment with them if you don’t feel like making custom Weapons of your own.

If you’ve been using the Pichu Tribe Nanchuk for sometime now, fixes have recently been implemented that’s related to its feature. First, it’s no longer hidden in Inspect Mode and second, you can no longer equip an extra One-Handed Weapon while you’re wielding it.

Lastly, Saw Blades has become viable because of its slight buff, which is beneficial for Ranged Builds since the Weapon’s Special Ability has lower spread. This means that its accuracy has improved and its travel velocity is faster than before, which were both huge issues that prevented this Weapon Perk from being useful.

Among the many changes in Patch 1.5, combat consists of big updates, namely an official targeting system and animation canceling. First is the optional targeting system in Melee Range, which used to be a point of contention in the release of Biomutant. Before, you either had to control your camera or move closer to the enemy in order to target them instead of enabling lock at the start of the encounter so you can focus on your character’s movements. For example, some special hits actually miss since the “soft lock” randomly disengages from the enemy. At least in this recent patch, you’ll be able to smoothly execute Melee Attacks. 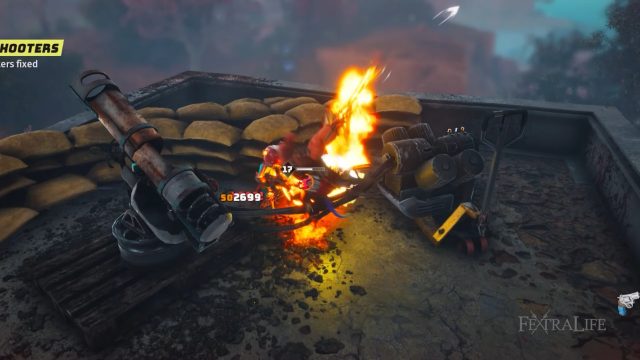 Second is animation canceling when dodging. This helps make the gameplay feel more responsive. It’s also beneficial for Melee Builds, which used to be at a disadvantage since corresponding characters can easily be attacked while in the middle of an attack animation. 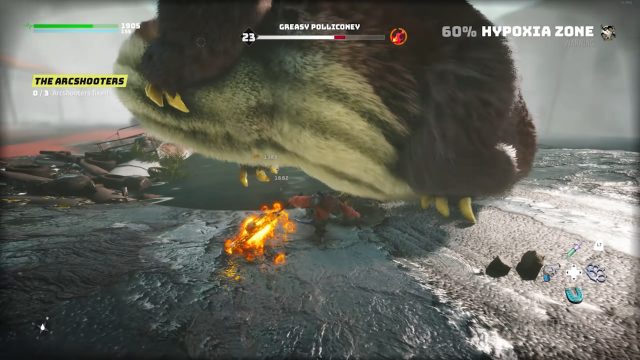 Another combat change includes smaller enemies throwing rocks at characters who are mounted. As such, said characters can get knocked down from their mount.

When you’re fighting against Porky Puff, remember that his Double Throw Attack can now be dodged, particularly the second rock despite being hit by the first one. Previously, getting attacked by the first rock ensures that you would get hit by the second one, thereby making the encounter tougher against this boss.

In Biomutant’s open world, I’m happy to say that the number of respawning enemy camps located in multiple areas have been increased. Experiment 101 added this before but for the most part of the update, the same camps were limited to starting areas. Moreover, they also raised the spawn rate of enemies for random encounters, which would hopefully increase the difficulty of the game, and allow players to “farm” a bit more should they be so inclined. 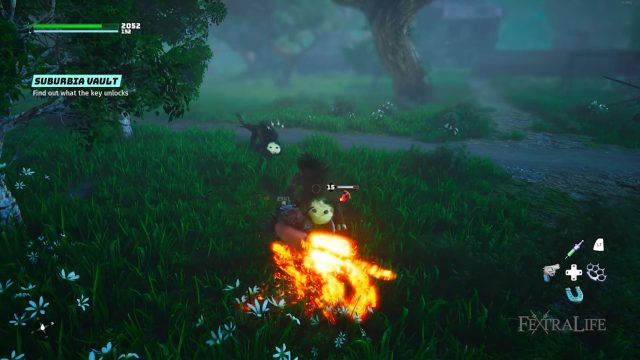 Specific to PC, a “Field of View Type” is now available in the Settings. This allows you to choose between Horizontal, which used to be the default, and Vertical Field of View to attain the correct aspect ratio for wider monitors. 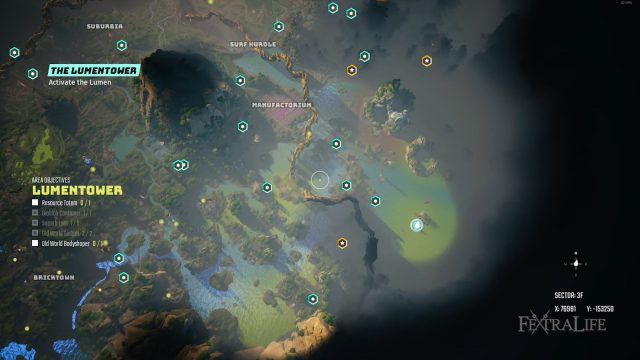 When it comes to the “HUD > Mode” of the Settings, you can now select “Always Show” or “Dynamic”. Formerly, the default setting was “Always Show”, which meant that you can’t hide UI elements even after combat. Now with Dynamic, you have the option to toggle these elements in the menu in order to show up when you want it to. You can opt to do this in times when you prefer to have a more cinematic experience as you’re exploring the world. 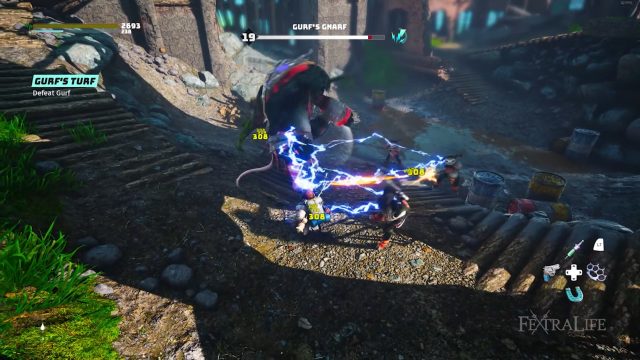 Additionally, there’s a new “Quick Menu Toggle” in the Accessibility Settings. When enabled, this allows you to easily open quick menus with the press of a button in case you need to swap Weapons or use any Consumable.

In terms of User Interface, there are now indicators for completed objectives on the Map, which should help you keep track of and complete certain areas. Quests are also categorized clearly, making it easier to sift through them. They are now separated into two different tabs, namely Main Quests and Side Quests. The default tab that opens will be based on the type of quest you’re tracking.

The rest of the changes include fixes to the jitter you experience upon mounting, crashes when launching towards and climbing on top of the enemy, and the completion of bandit camp quests once finished. These are just some that have been implemented. For a full list, you may refer to our Patch Notes page in the Biomutant Wiki.

Overall, Patch 1.5 is an impressive update because of the substantial amount of changes in Biomutant even though the game has been released only a month or so ago. I do appreciate that Experiment 101 has been listening to community feedback since then. What I hope to see in future patches is Class balancing besides playing as the powerful Dead-Eye and Psi-Freak Classes as well as transmog options for gear and the ability to upgrade Tribe Weapons. What would also be cool is the possibility of adding a co-op option to play with friends, though I’m not holding my breath for this one! 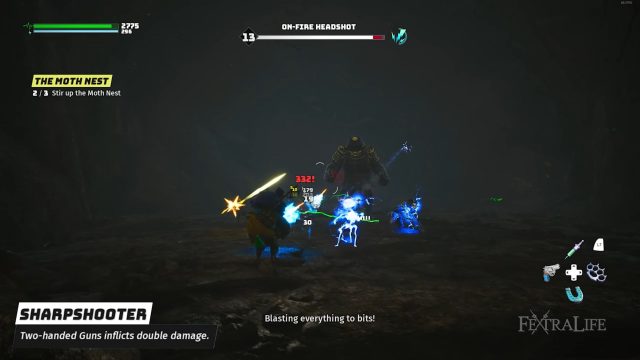 Stay tuned for more Biomutant content and be sure to check out our Biomutant Wiki and Twitch Channel if you have any questions on the game. What updates would you like to see next? Let us know in the comments section below!

Check out our latest Biomutant build guides in Psi-Freak (Mage) and Dead-Eye (Automatic Rifle/Rifle). Want to know what we thought of the game? Check out our Biomutant Review: Almost Amazing – Is It Worth It? Should You Buy Biomutant?