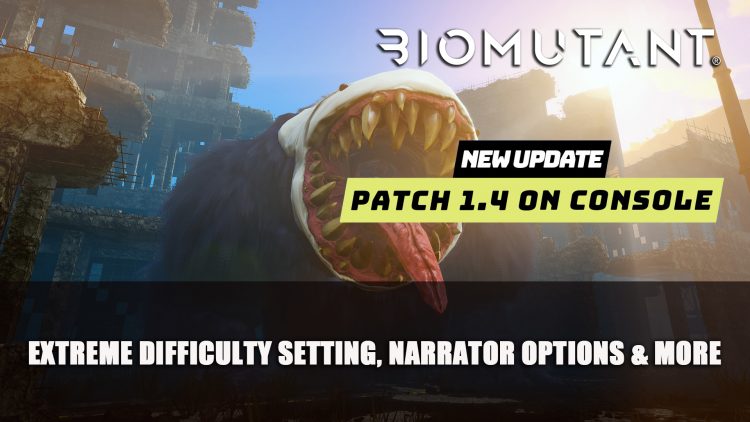 THQ have released patch notes for Biomutant for the console versions. Last week the PC version got update 1.6, adding fixes and a new difficulty mode.

Biomutant has now got an update for Playstation and Xbox players. THQ Nordic has released patch notes for the console update, which is similar to the one PC receives last week. It does contain a console-specific fix for Playstation 4 for an alignment memory issue for PS4 players, that caused some buffering to avoid crashes.

The rest of the update seems to follow the same tweaks that the PC versions received gameplay wise including a new difficulty setting “Extreme” where enemies hit harder and the attack rate is increased. Players will also be able to use all class perks in NG+ games as well as new options for the narrator including turning him completely off (if you prefer).

You can check out the full lists of changes below according to the official THQ website:

In order to improve the pacing of the early parts of the game, we’ve edited dialogues to be shorter.
We’ve also added more enemies and loot to these areas to better represent the experience later in the game.

In case you missed it you can check out our video which goes over the recent changes with patch 1.4:

If you’re curious to find out what we thought of the game check out our Biomutant Review: Almost Amazing – Is It Worth It? Should You Buy Biomutant?. You can also drop by our Biomutant wiki for all your furry adventure needs.