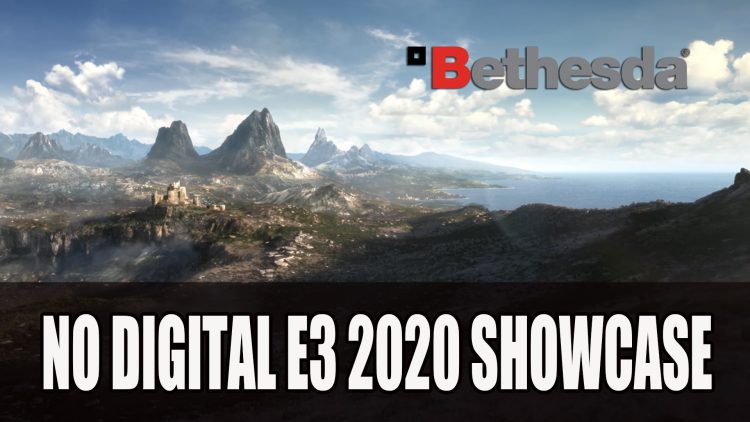 With the current Coronavirus situation disrupting many industries at the moment, Bethesda has announced they won’t be hosting a digital E3 2020 showcase.

Bethesda Won’t Be Hosting a Digital E3 Showcase in 2020

E3 2020 earlier last month  was announced to not be going ahead due to the current situation, most likely heading into a digital format this year instead. Bethesda have announced that they won’t be hosting a digital showcase at E3 this year. Companies such as Ubisoft and Microsoft have already announced they will be holding press conferences digitally, but this will not be the case for Bethesda.

In a tweet, Pete Hines senior vice president of global marketing and comms at Bethesda explained they were not planning to take part in a digital showcase in June. However, they will be sharing news about their upcoming games “in the coming months”.

Given the many challenges we’re facing due to the pandemic, we will not host a digital Showcase in June. We have lots of exciting things to share about our games and look forward to telling you more in the coming months.

So while we won’t be seeing a showcase on the highly anticipated new sci-fi IP Starfield and the next entry in the franchise Elder Scrolls VI, we still can hope to see some news this year hopefully for these two games. Bethesda announced both ES VI and Starfield back in E3 2018, and we’re still awaiting more details on both of these projects.

Of course this has not dampened any rumours, with the most recent being earlier this year pertaining ES VI is ready to head into full production. This was due to jobs listings on the official website, making it look like Bethesda has now come to the end of production for Starfield. While there is no official word on this, this does leave fans hopeful.

What are you most excited to hear about? Starfield, Elder Scrolls 6 or both? Let us know in the comments below.

For more news find it here in Mortal Shell Action-RPG Unveiled and Mount And Blade II Bannerlord: Getting Started Guide. Want to know what games are releasing this month? Check out Top 5 Upcoming RPGs Of April 2020 (Final Fantasy 7 Remake, Hellpoint, Trials Of Mana And More!).