In this article we continue with our series on the basics of 5th Edition of D&D, which Baldur’s Gate III will be based off of, as confirmed by Swen Vincke of Larian Studios. We will be taking a look at Proficiency, Skills and Advantage and Disadvantage, and how they apply to things mentioned in our previous article, as well as the differences between them now compared with earlier editions of Dungeons & Dragons.

In our previous article, we took a look at the D20 and Abilities and how they play a huge part in the mechanics of 5th Edition D&D. They are fundamentals that all Baldur’s Gate 3 players could benefit from knowing, so if you are not familiar with them, and haven’t read that article yet, I suggest you begin there before reading this one. Otherwise, we’ll begin with Advantage & Disadvantage, and how it affects the game in 5th Edition. You can also visit our DnD Guide section. 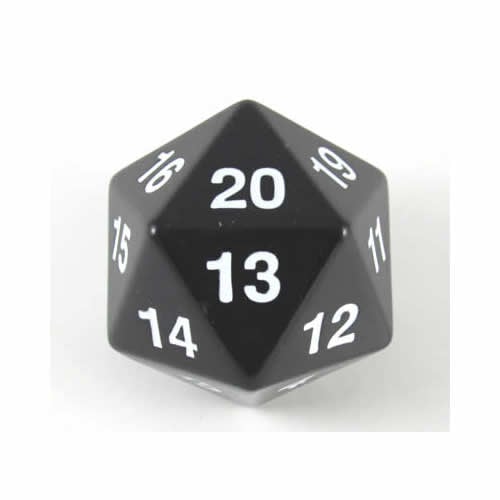 Advantage and Disadvantage are relatively new to Dungeons & Dragons, and arrived with the 5th Edition version of the game in 2014. This mechanic is not implemented into previous versions of the game, so this one aspect may not be familiar to many D&D players who have not played since 4th Edition.

There are many scenarios in the game where players will have either Advantage or Disadvantage, and these make things easier or harder for the character depending on which they have. Like many things in Dungeons & Dragons, Advantage and Disadvantage are applied to the role of the D20.

You and your party come to a door you cannot open, and it has a Strength Check DC of 15. Your Level 10 Fighter has 18 Strength, giving him an Ability Modifier of +4, so you decide to use him to try to force it open. However, the ground is muddy giving him Disadvantage on his attempt. On his first roll he rolls a 13, meaning under normal circumstances he would succeed. However, he has Disadvantage due to the mud, so he rolls again and this time gets a 7. The 7 roll is then used and he fails to open the door.

Disadvantage is one of the worst situations you can be in while rolling in 5th Edition D&D, and should be avoided at all costs, while Advantage drastically improves your chances of success, and so should be sought out. Keep this in mind when making your characters, and when deciding whether or not how to proceed with situations in Baldur’s Gate 3. Now that you how Advantage/Disadvantage work, let’s move on to Proficiency, and how it applies to 5th Edition.

Proficiency & How it Works in 5th Edition D&D

All characters in D&D 5th Edition have what is called a Proficiency Bonus. This is a positive modifier that increases as that character gain levels, and works somewhat similarly to Ability Modifier because it is added to D20 rolls.

Proficiency Bonus is only added to the D20 rolls of things that you have Proficiency in, and these are determined by a combination of your Race, Background, Class and Feats. This means that you will not gain this Bonus on all of your rolls, but instead only on the things your character is “good” at. The following is list of things Proficiency applies to:

If we take the example of the Rogue attacking the Orc we used from the previous article, factoring in Proficiency Bonus, it would now look something like this:

Your Level 10 Elf Rogue is attacking an enemy Orc that has an AC of 13. She is using a Longbow and has a Dexterity Modifier of +3. She rolls the D20 and gets an 11, and then adds her DEX Modifier (+3). Since Elves are Proficient with the Longbow, she also adds her Proficiency Bonus (+4), giving her a total of 18. This means she was successful in hitting the Orc with her arrow. She then rolls a D8 (which is the die that the Longbow uses for Damage) and gets a 4. She adds the +3 DEX Modifier, for a total of 7 Damage. Proficiency Bonus is not added to the Damage Roll.

We can also take the example of the Druid using Call Lightning on the Goblins factoring in Proficiency Bonus, and it now looks like this:

Your Level 18 Druid uses the spell Call Lightning around a bunch of Goblins. His Wisdom is 23, so he has a Spellcasting Ability Modifier of +6. This means the DC of this Spell is 20. 8 + Spellcasting Ability Modifier (+6) + Proficiency Bonus (+6), and any Goblin who doesn’t roll at least 20 (after all their Modifiers) will take 3D10 damage (the sum of 3 rolls of a D10 die), and any who does will take half that amount. Proficiency Bonus is ALWAYS used to calculate Spell DC, no matter what Class you play, but it is not added to the Damage Roll.

In 5th Edition D&D players do not receive a Penalty for attacking with Weapons they are not Proficient with, but instead do not gain their Proficiency Bonus. And when using Armor or Shields they are NOT Proficient with, they have Disadvantage on any Ability Check, Saving Throw, or Attack Roll that involves Strength or Dexterity, and they cannot cast Spells. This is really really bad, and means players should definitely avoid using Armor or Shields they do not have Proficiency in.

This is a much more simplified version of Proficiency than was in previous versions of D&D or Pathfinder, making it much easier to understand for the average gamer. Note that in Pathfinder Kingmaker (PC game), you could not use equipment that you didn’t have Proficiency in, so you never had to worry about Penalties. With these things in mind, let’s move on to Skills.

Skills in 5th Edition are used through out the course of the game to help characters overcome obstacles. What Skills you have, and which you are Proficient with will be determined during Character Creation, and are usually tied to your Class, Race and Background.

Each Skill in the game falls within an Ability, and Skills are essentially a specific aspect of that Ability. For instance, Sleight of Hand falls under Dexterity, because having faster reflexes and being more agile would help you steal things. Or for instance, Persuasion falls under Charisma, because being charismatic would help Persuade someone. Below is a list of Skills in the game and what Ability they fall under:

When players make an Ability Check that also uses a Skill, they will gain their Proficiency Bonus to their D20 roll if they have Proficiency in that Skill, otherwise they roll as normal (including only their Ability Modifier). Let’s take the example of the Fighter trying to open the door, and factor in the Athletics Skill.

You and your party come to a door you cannot open, and it has a Strength (Athletics) Check DC of 15. Your Level 10 Fighter has 18 Strength, giving him an Ability Modifier of +4, and he also has Proficiency in Athletics since he chose it during Character Creation, so you decide to use him to try to force it open. However, the ground is muddy giving him Disadvantage on his attempt. On his first roll he rolls a 13. On his second roll he gets a 7. Before this would have resulted in failure because it was simply a Strength Check, not a Strength (Athletics) Check, but this time he gets to add his Proficiency Bonus giving him 7 + 4 (from Strength) + 4 (from Proficiency Bonus) = 15 and he still manages to open the door.

This is generally how Skills work, and you’d be wise to select ones that line up with your Ability Modifiers for best results with your character. However, there are some instances when things are calculated passively, for example whether you can open a lock or if you can spot something hidden. This is typically used in circumstances where the player could simply test again and again until they succeeded, and I highly anticipate this being a big part of Baldur’s Gate 3.

When you calculate something passively, you simply take 10 and then add all things that would normally apply (Ability Modifier, Proficiency and Advantage or Disadvantage) to come up with a static number. In the case of Advantage you add 5 to your number, and in the case of Disadvantage you subtract 5. Let’s do an example:

You and your party are exploring a dungeon, and come to an area that looks suspiciously like there is a secret door. There is indeed one there, but it has a Wisdom (Perception) Check of 20 to spot, so you will not see it unless one of your party can reach that number. Your Level 14 Ranger has 16 Wisdom (+3), and has Proficiency in Perception (+5), giving him an 18, which isn’t enough to detect the door. But let’s suppose that he has the Dungeon Delver Feat, giving him Advantage on Wisdom (Perception) Checks to reveal hidden doors. This would give him a total of 23 and the door would be revealed.

Tools are items in D&D that can help a player to do something they wouldn’t otherwise be able to do, but unlike Skills they are not tied to a specific Ability. Players who have Proficiency with a Tool will add their Proficiency Bonus to their roll when trying to use said Tool, further increasing their chances of success. In Baldur’s Gate 3, the use of Tools is likely to be handled passively, to prevent players from having to just keep attempting until they succeed (or even reloading).

For example, perhaps your Level 8 Rogue is using Thieves’ Tools to open a locked chest that has a Dexterity DC of 15. She adds her Dexterity Modifier (+3) to her chance to open it, and she is Proficient with Thieves’ Tools, so she adds her Proficiency Bonus as well. This would be 10 + 3 + 3, giving her 16 and she succeeds.

Knowing these things about Proficiency, Advantage and Disadvantage and Skills will help you tremendously when building your characters. It will allow you to focus and specialize each to do exactly what you need them to do, resulting in more success and less frustration.

This was the second of several articles on the basics of 5th Edition D&D, basics that will apply to Baldur’s Gate III and prepare you for what’s to come hopefully next year. For more be sure to check out our DnD Guide section. The purpose of this article was to try to explain fundamental mechanics that BG3 players could benefit from knowing, helping them to make better decisions about their character development. In the next article I will be covering Feats, Weapons & Armor and what role they play in 5th Edition, and likely Baldur’s Gate 3.