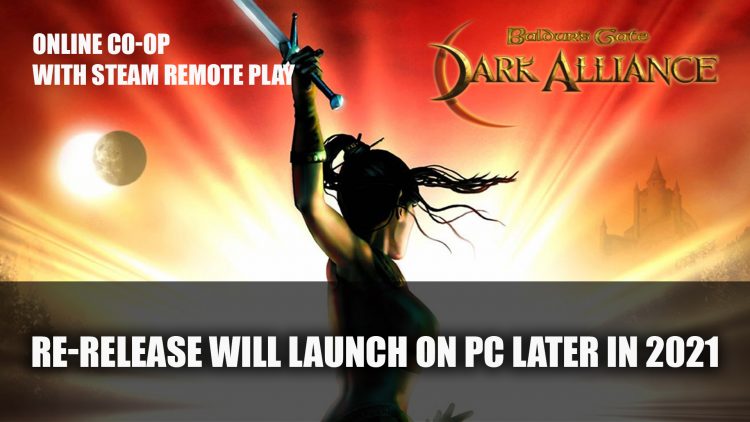 Previously developer Black Isle Studios had announced Baldur’s Gate: Dark Alliance would be getting a re-release for PC also and have confirmed that we can expect to see it released later this year 2021. The title was revealed last week to be coming to consoles, PS4, PS5, Xbox One and Xbox Series X. Switch was also planned, but was delayed at the last minute, which is expected to release just a few days later than planned.

While there isn’t a confirmed release window for the PC version, the developer does assure online co-op using Steam’s remote play feature.

The PC port of BG:DA is in the works and coming later this year. We’re also hoping to ensure it has online co-op using Steam’s remote play.

In case you missed it, the re-release features updated high-resolution graphics but will still preserve the presentation of the original Baldur’s Gate: Dark Alliance. The game is a top-down Action-RPG with two-player co-op, described as a hack-and-slash classic which originally released on Playstation 2 and the original Xbox.

Due to an unforeseen issue on the Nintendo Switch store, we’re going to have to delay the launch for a few days to fix it.
We’re incredibly sorry about this and we’re working hard to remedy this as quickly as possible.

Thanks for your patience! pic.twitter.com/qw3h8hey1L

If you’re curious to know what we thought about the re-release check our views in the video below: