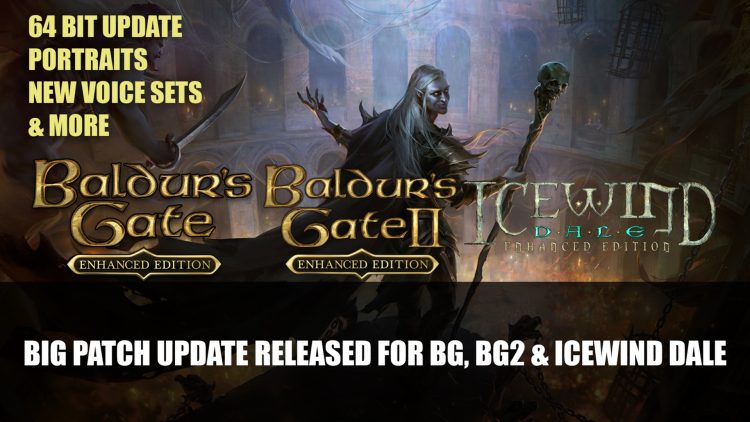 Beamdog announced last year they would be releasing a major update for the enhanced editions of the classic RPGs Baldur’s Gate, Baldur’s Gate II, and Icewind Dale on Steam. Patch 2.6 has now gone live, adding game support for 64-bit systems, fixing a number of bugs and adding new portraits as well as voice sets so players can customise their heroes. Two sets include the talented Mark Meer, who you may recognise as Commander Shepard from Mass Effect.

The patch notes which were announced on Steam detail that while 2.6 won’t fix every current issue with these games, it does work towards the start of fixing quite a few of them, and Beamdog assure they will continue working on future updates.

You can find the patch details below and known issues:

In case you missed it, Baldur’s Gate 3 which is currently in Steam Early Acces has gotten a hotfix to help those challenged by the RNG dice gods, with an improved loaded dice feature. You may also be interested in hearing more about Solasta Crown of the Magister which leaves Steam Early Access this May.

For more news be sure to check out next Rumour: Star Wars Knights Of The Old Republic Remake In The Works and Yoko Taro Working On A New Digital-Only Title With Square Enix.