In this Baldur’s Gate 3 Early Access Patch 5 Notes Summary, I’m going to discuss the major changes related to Combat and gameplay improvements. Although this update doesn’t have an additional Class like the one that came before, there’s still a lot of alterations to talk about regarding new features that considerably enhance your overall experience.

Several months after the release of Baldur’s Gate 3 in Early Access, the game continues to captivate players because of its highly engaging gameplay, accurate implementation of Dungeons & Dragons 5th Edition ruleset, and engrossing characters and lore. Note that similar to Patch 4 and due to the sizable amount of content changes, you’ll have to start a fresh playthrough. Patch 5 will release on July 13th. Let’s first talk about combat and what this means for you.

When it comes to Basic Actions, there are a number of improvements that you should take note of. First is the new Disengage Action, which allows you to retreat from enemies in Melee Range without giving them the chance to perform Attacks of Opportunity. This is a significant update because Disengage used to be a part of Jump that doesn’t guarantee the prevention of Melee Attacks. 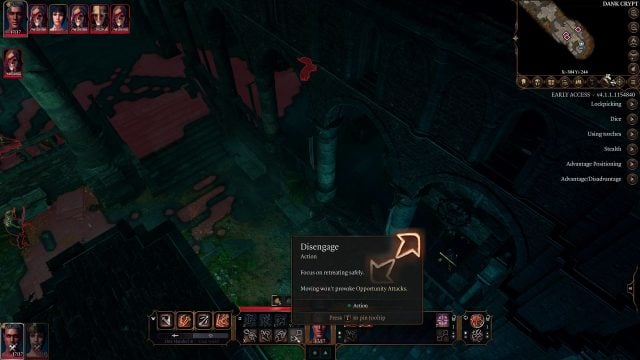 To make it crystal clear, Jump is used to strategically position yourself better in combat whereas Disengage allows you to escape from precarious situations. So if you’re a Wizard who is caught in the thick of combat, you can now use Disengage without worrying if you’ll be hit by an Attack of Opportunity or not.

And second, there’s a new Non-lethal Attack Mode, which gives you the option to knock NPCs out without having to kill them. So if you wish to steal something from a hapless victim, and they’re starting to get riled up about it, you can just knock them out to pacify them. Simple.

For Spell, the most noticeable changes are related to its effects and Concentration. These Spell animations and effects are updated and will have a unified look depending on the Class’s design that they’re a part of. Meanwhile, Spells which are used by multiple Classes will also be modified to be more similar to those that are Class specific. 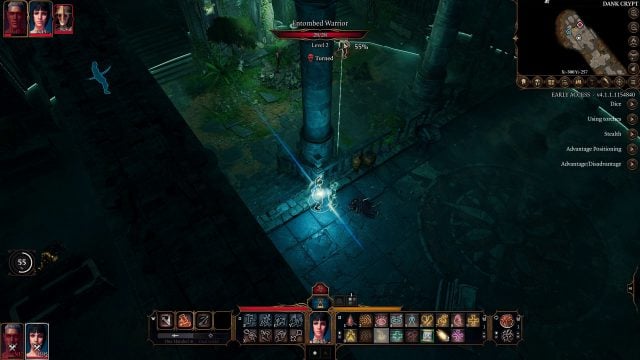 You can also willfully cancel Concentration on a Spell. For example, you no longer have to suffer the prolonged effects of Fog Cloud.

Enemy AI is now smarter than ever because they employ more tactical strategies and they possess some of the features available to player characters. For instance, creatures will do everything in their means to attack you regardless if they have a Weapon or not. If enemies are unarmed and they see a Weapon lying around nearby, they’ll grab it and attack you with it. What’s cool about this update is how you can use this scenario to your Advantage by disarming your target beforehand. This pushes them into a situation where they’ll need to utilize Action Points just to run towards and equip a Weapon in order to hit you. 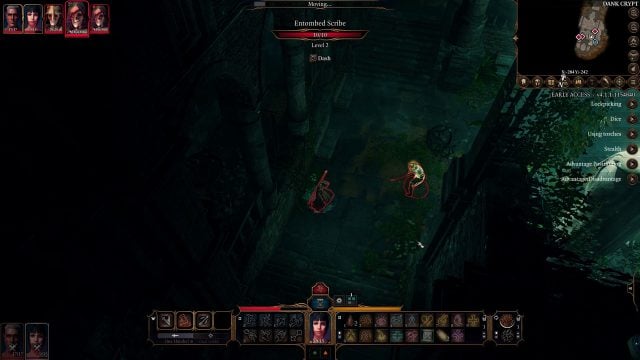 Furthermore, enemy AIs are able to use their resources more efficiently. For example, they’ll carefully plan their next series of attacks so they can still have room to execute other actions like Dash or some Spells in the future. They can even use Throw to heal their party members from a distance by hurling Healing Potions at them, similar to how a player character would. Of course, these enhancements will be used by friendly NPCs as well.

Dice rolls play an active part in whatever action you decide to do, may it be in combat or in dialogue. In the current setup, dice rolls are displayed at the center of the screen when you’re talking to NPCs. You just hope for the best that you get a favorable roll. In the new patch, you’ll be able to influence its outcome. To increase the chances of NPCs agreeing with you, you can use your or your Companions’ Spells. But remember that you’ll make use of Spell Slots when you cast a Spell so choose wisely. 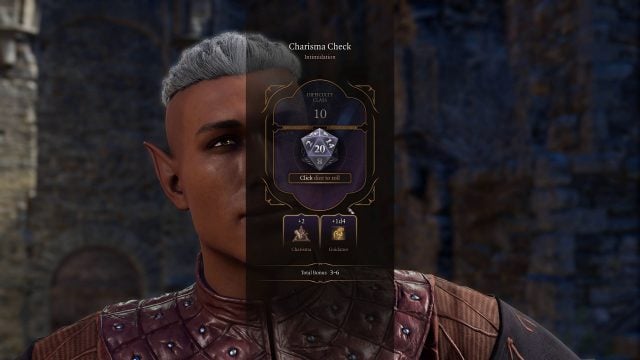 So for example, you can opt to cast Enhance Ability first to account for the Advantage bonus you get in order to roll twice. This raises the chances of tipping the scale in your favor. Alternatively, Guidance is also a good Spell, which also increases your chances for success. What makes this more fun is when you’re playing with friends because they can decide if they really want to help you by casting a beneficial Spell on you or if they prefer to see you fail. You know what some friends are like.

If you’ve been playing Baldur’s Gate 3 for quite some time now, you’ll notice how easy it is to abuse the Long Rest Feature with the simple click of a button. Previously, you’d get instantly teleported into your Camp by the river, to restore all of your HP and Spell Slots. This could be done after every combat encounter, which cheapens these fights as your resources are always topped up.

This time around in order to take a Long Rest, you’ll have to gather camp supplies, which comprises all of the food and scrap you can buy (or steal). Heaps of food should go a long way to keep you satiated and ready for the events to come.  If you’re low on supplies, you can opt to take a Partial Rest instead. This only restores a portion of your HP and Spell Slots, but it won’t use up any food. 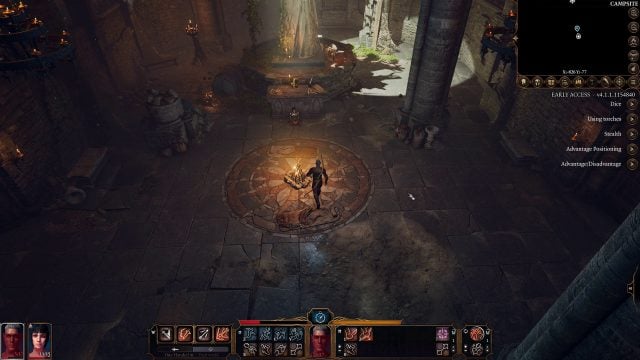 Moreover, your party will also be teleported into different campsites, depending on the location. You no longer magically exit the Underdark when you want to take a nap. Larian has made Mini Camps near major landmarks, such as the Chapel near the Ravaged Beach or the Underdark.

In Patch 5, a huge chunk of the changes stems from the need to improve new player experience. On top of the tutorials, which start popping out in Character Creation, more tooltips will be present after this update. These tooltips will be linked to others so it’s easier to digest and to understand the game’s core concepts and mechanics. You can simply hover over one to know more. 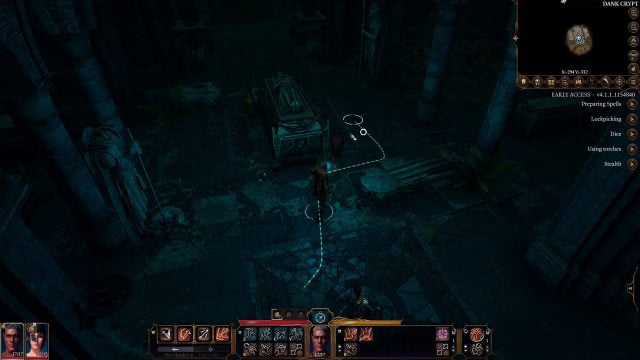 Additionally, you even have the option to pin them to your screen so you can easily refer back to it should you have questions about certain terms or actions.

As a returning Baldur’s Gate 3 Early Access player, I’m excited to dive in once again because there will be new side quests to participate in. Backgrounds such as Folk Hero, Acolyte and Urchin now matter more than ever and it doesn’t end in Character Creation. Like in Solasta, backgrounds will now have corresponding secret side quests to further flesh out the origin stories of your characters and to accumulate Inspiration Points when you complete them.

These Inspiration Points can be used to reroll an unfavorable dice roll in dialogue checks. You can obtain a maximum of 4 Inspiration Points. So when you reach this number, any additional points go into extra XP. Not only do you discover more about how your character came to be, you’ll also be rewarded for seeking out these secrets.

Out of the 5 available Companions in Baldur’s Gate 3, Shadowheart will receive a lot of improvements. To provide more details about her background, new dialogue will be uncovered once you recruit her and once you find out more about her mysterious item. Most importantly, you can now free Shadowheart during the tutorial. No more leaving her behind! 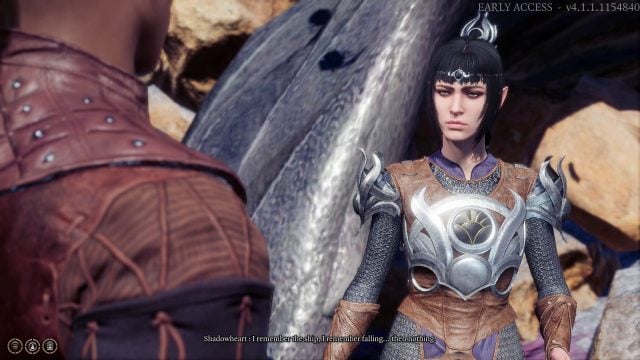 Sometimes adventuring can get lonely, so who better to talk to but yourself? The new Point and Click Dialogue System will now allow your character to provide their insights and thoughts on the world, the story, and the environment during their travels. Huge efforts have been made to make this new feature as immersive as possible. Dialogue will change depending on the context and the character you’re playing as. Should you wish to reduce the constant mumbling of your thoughts, there’s an option to make this less frequent. 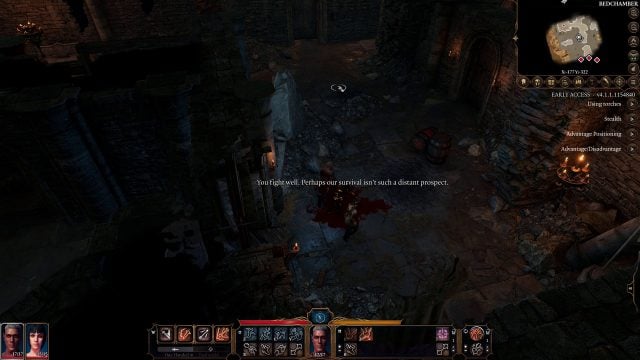 Lastly, expect to see considerable enhancements when it comes to the visual and audio aspects of the game while you’re exploring the world of the Forgotten Realms. And there’s going to be a new dog, don’t forget. Hopefully we can pet it! For a complete list of Patch 5, you may refer to our Baldur’s Gate 3 Patch Notes page in the coming days.

Stay tuned for more Baldur’s Gate 3 content and be sure to check out our Baldur’s Gate 3 Wiki and Twitch Channel if you have any questions on the game. What updates would you like to see next? What did you think of this Baldur’s Gate 3 Early Access Patch 5 Notes? Let us know in the comments section below!