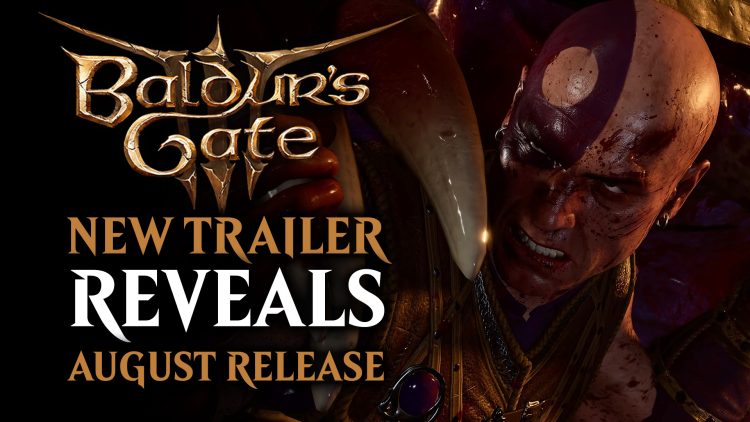 Baldur’s Gate 3 unleashed a bombshell of information in its latest gameplay trailer at The Game Awards 2022. August 2023 release confirmed!

Larian Studios has teased us a few days ago that they will be revealing some info on Baldur’s Gate 3 during The Game Awards show this December 2022. While the short teaser did give us a glimpse of a familiar hero, we did not expect to actually receive a release month.

Let’s dive in and see what the Game Awards Trailer has showcased, and what it means for the game moving forward.

The long-awaited release of Baldur’s Gate has finally been announced. Larian Studios will release Baldur’s Gate 3 sometime in August of 2023. Fans who tuned in to the Game Awards 2022 got to see a 2-minute long trailer that featured tons of new stuff. 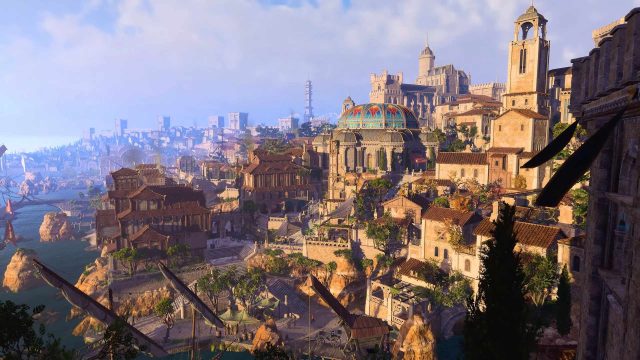 First and foremost is an actual glimpse of the city of Baldur’s Gate. It is just as stunning as ever, and looks to be quite the 3D rendition of the classic games. New and old locations are shown off, interwoven to distract us from the fact that a lot of these areas look quite new and not part of the current Early Access builds. 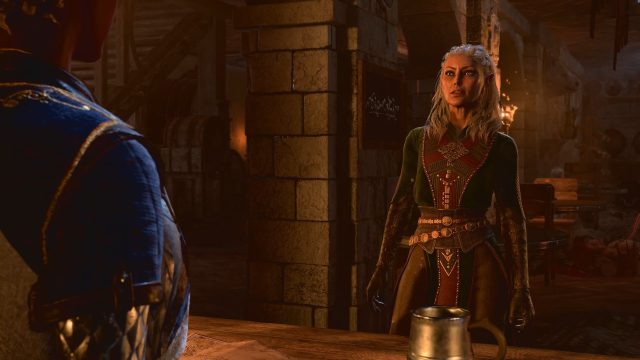 Finally a Tavern for Tav!

We can even get snippets of what looks like an actual tavern. I wonder what kind of mischief our characters can get into when we get a healthy mix of alcohol.

Companionship is the Best Ship

We also get to see a montage of the companions announced so far, such as Gale, Lae’zel, and Shadowheart. Everyone’s quite on edge because of the fact that our friendly neighborhood Mind Flayer tadpole is still squirming around in our brains. Even our sweet Auntie Ethel makes a very short appearance. 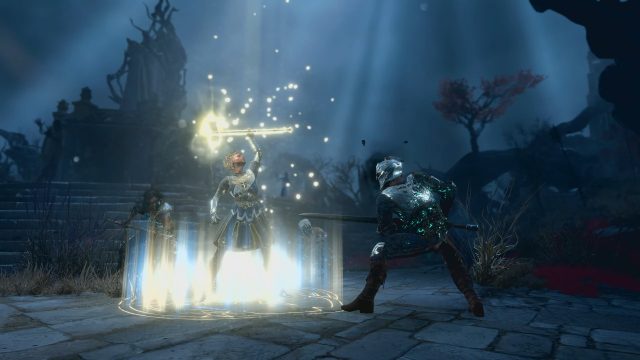 It also looks as if there’s a new Paladin companion in the mix, as we see a hammer-wielding holy warrior in one quick sequence. Of course, it could just very well be our character, Tav, being highlighted.

The Return of Legendary Names

Another of the biggest reveals was one of more legendary status. Apparently, the infamous Cult of the Absolute has captured the old hero Minsc (and trapped him inside a Mimic, of all things!). While Minsc was already teased for Baldur’s Gate 3 a few days ago, he was in hardened statue form. 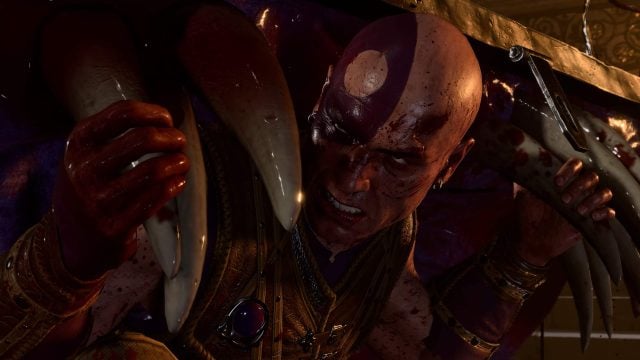 The Cult of the Absolute’s Most Legendary Prisoner

This legendary hero has been missing for quite some time, but has resurfaced in our hour of need. Minsc, a chaotic good ranger, has been present in both mainline Baldur’s Gate games as well as other D&D iterations. 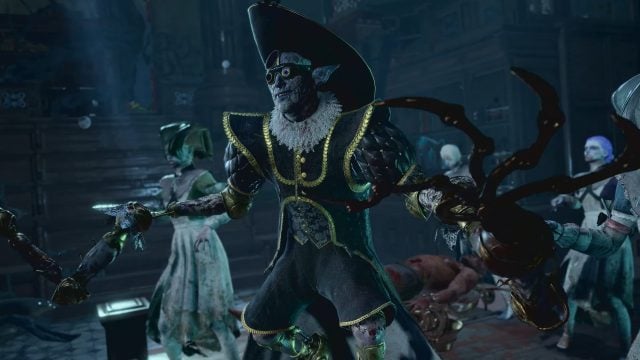 Friends and Foes, New and Old

Minsc is also perfect to be an addition to Tav’s companions. We do not currently have a ranger. He, with his ever trusty hamster Boo, should be a nice lighthearted contrast to the current dark and broody current. 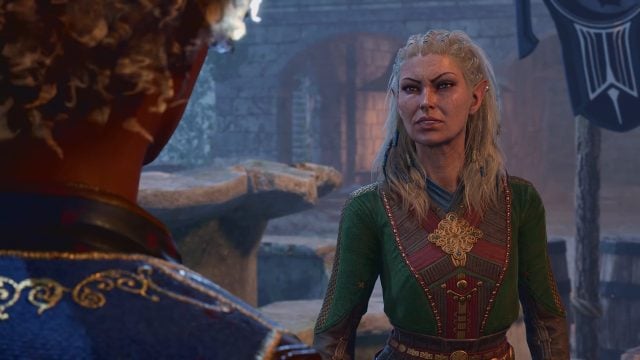 The Return of Jaheira

We also get to see what looks like Jaheira, a half-elf from the older Baldur’s Gate games. She is a Druid and could fill out the companion roster quite nicely along Minsc and Boo.

Let Me Spell It Out For You

Some eagle-eyed fans have already begun dissecting the trailer for new locations, characters, and spells. Magic, in particular, seems to have gotten a lot of new toys to play with. 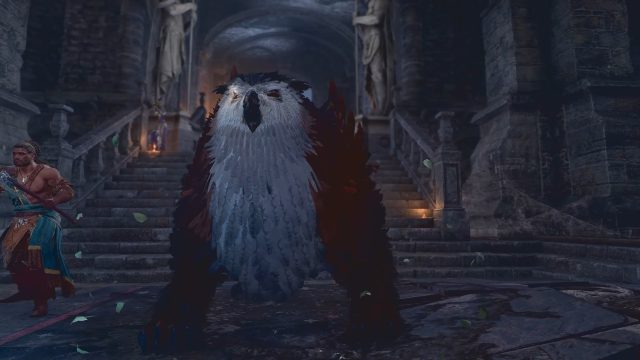 Druids Get an Owlbear Shapeshifting Form

Some quick things seen were Lightning Bolt, Smite, Fireball, and a new Druid transformation: Owlbear. Owlbear Wildshape forms aren’t native to D&D, so it must be Larian’s attempt at homebrew content for Baldur’s Gate 3. Fans were probably enthralled by the Owlbear Cub and its mother in the early parts of the game.

Also announced was the physical collector’s edition for Baldur’s Gate 3. The extremely limited set (a maximum of 25,000 units worldwide) includes a treasure trove of all things Baldur’s Gate and Dungeons & Dragons.

Aside from a digital copy of the game (boo, no disk!), the highlight of the collector’s edition is the Mindflayer vs. Drow statuette. The 25-centimeter diorama shows an action sequence where a Mindflayer menacingly looms above its target (or perhaps, its prey?).

Based on the mushroom-filled terrain, it is safe to assume that this particular battle is taking place in the Underdark. This statue is also quite hefty, weighing in at 1.1 kg. It is made up of PVC plastics and has a hand-painted finish.

Other goodies include a 160-page art book filled with concept art and other visual eye candy. The pack will also come with D&D Character sheets for all the Origin Characters, a cloth map of the Faerun region, a tadpole keychain, an extremely large D20 die, a game certificate, and 32 chibi stickers of the cast and creatures of the game. All of this will come in a huge Collector’s Edition box to house everything adorned with an intimidating mind flayer. 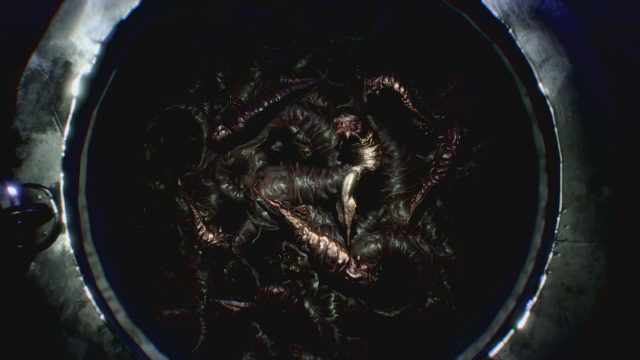 How About Some Tadpole Soup in Baldur’s Gate 3

The first 15,000 prepurchases will also receive some booster packs for MTG: Battle for Baldur’s Gate. Additionally, a “Collector’s Edition” Certificate of Authenticity will also prove that you have the greatest trove that a Githyanki would want.

For more on the game awards this year, check out Wayfinder an Online Action-RPG Revealed at TGA 2022, Remnant 2 Coming to Consoles and PC in 2023
and Diablo 4 Gets Launch Date for June 6th 2023.