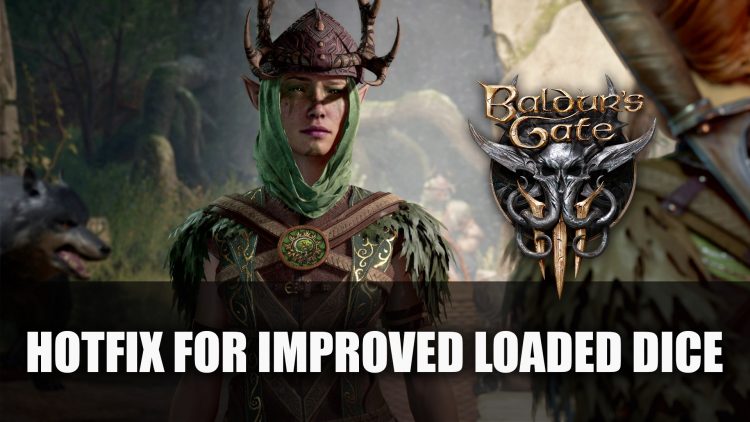 Developer Larian Studios rolls out hotfix to help those who have “angered the RNG Gods”, with further improvements to the loaded dice.

Larian Studios implemented the optional feature of loaded dice rolls in Patch 4.0 for Baldur’s Gate 3, however players have expressed that the RNG was still not fun for them, and still causing a lot of woes. So now the developer has introduced a hotfix to help increase hit chance if you choose to play with the loaded dice.

However loaded dice rolls will only affect the RNG of rolling character’s favour for now, affecting both NPC’s and enemies. This feature is optional and can be turned on and off in the gameplay settings.

You can find the full list of changes below:

In case you missed it, Baldur’s Gate 3’s major patch 4.0 landed in February featuring Nature’s Power, adding the Druid class to the game which is currently in Early Access. A quick rundown of the Druid class includes shapeshifting to Dire Wolf, Polar Bear, Spider, Raven and even a new Abberant Shape.  There are eight Shapes in total and even NPCs will react to the form you take. You can read about/watch more details about the class in our Baldur’s Gate 3 Next Big Patch Adds Druids.