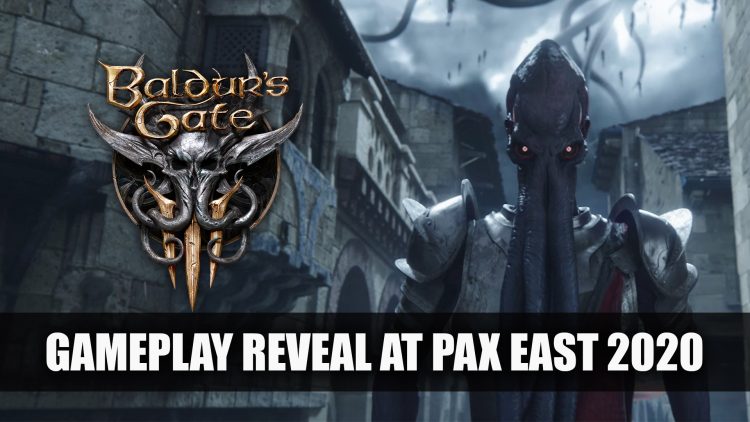 Larian have dropped some news today that they will be showcasing some Baldur’s Gate 3 gameplay footage at PAX East 2020.

PAX East 2020 is arriving next week, and along with it some news from the studio behind Baldur’s Gate 3, Larian Studios have announced they will be revealing some gameplay. According to their latest tweets, they have secured themselves an extra 30 minutes to show off some of the game on Thursday 27th February at 3:00 PM ET.

If you want to catch the whole thing live, they will be streaming on Youtube during this time. Larian previously teased something big would be happening on February 27th last month and finally share this exciting news.

BG3 is a pretty big game, so we wrangled ourselves an extra 30 minutes at PAX Live. This means the start time for the live Gameplay Reveal at PAX is 3:00pm ET! We will let you know if it changes.

Larian has also released a new video announcing the PAX East gameplay reveal, shows some more behind the scenes of making Baldur’s Gate 3 and a roaring dragon at the end:

Baldur’s Gate 3 was revealed during Google Stadia’s Connect stream during June of last year, which confirmed to the world that Larian was indeed working on the next instalment. BG3 will take place after the events of Baldur’s Gate 1 and 2. While the game will be a set of new adventures to be had by all, it will reference some of what happened in previous titles and expect to see some familiar faces from the series. If you’re curious to find out more we caught up with the devs last year along with Wizards of the Coast, you can check out the interview here.

We’re excited to see how the game is shaping up, and you can check back here to see more Baldur’s Gate 3 news and coverage. You can also drop by our Baldur’s Gate 3 wiki which has all the latest info as it’s released.

For more news be sure to read next Mass Effect Lead Writer Drew Karpyshyn Joins New Wizards Of The Coast Studio For Sci-Fi RPG. You can also check out Outward DLC The Soroboreans Launches Spring 2020.