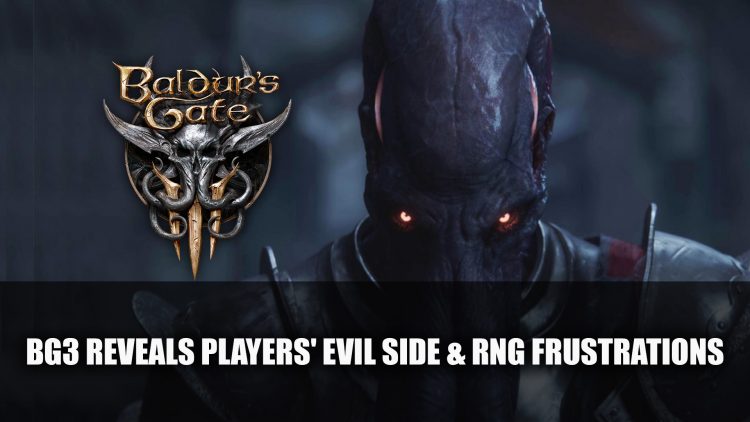 Developer Larian Studios reveals the outcome of player decisions in terms of romance and player reactions to pure RNG outcomes.

In an interview with IGN, founder of Larian Studios Swen Vincke shared player outcomes and feedback when it came Baldur’s Gate 3. The game released in Early Access this year, but many have taken the plunge to purchase the game and give their feedback while it is in EA. 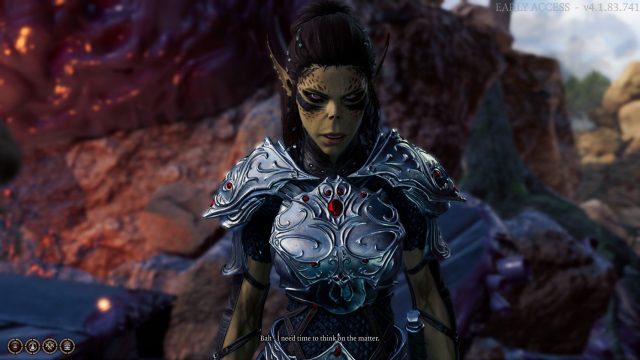 Larian previously revealed some of the outcomes from player choices, which included how many leapt to to their death in The Underdark as well who they chose to romance.

But what’s also interesting is the feedback players have been giving in terms of RNG. As the game stands currently, Baldur’s Gate 3 relies purely on RNG when is comes to dice rolls, something they have decided for the initial release in early access. How have players reacted? Well according to Vincke they’re pretty frustrated over the outcomes, at least those who haven’t been blessed with much luck:

We opted to just go pure RNG for the initial release in early access just to see what was going to happen. We see the people that have really bad luck, and they are really, really angry over it. So, we’re going to help them. We’re going to add modes to the game that are going to go with things like a loaded die, and that’s going to be a bit more manageable.

But according to this interview help is underway, Larian are planning to add a little more sway, to help those who are getting some bad luck. If you’re someone who prefers to leave it completely up to fate, don’t worry as they will keep the full RNG option, and they’ll even test these two systems again in EA to see which one should be the default.

Another thing that the developer has learnt from the Early Access stage is to give players more to do at the beginning of the game. Vincke explains because the game is based on the Dragons & Dungeon ruleset, players are given a “limited collection of skills and abilities” as a low-level character. This is something they wish to improve and are looking into adding more things. Luckily a lot of which players have been suggesting in feedback is actually on Larian’s current to do list, so it will fit into the development roadmap.

“Good” characters to be introduced

One thing that players have been not quite so content with, are character behaviours, the companion characters are rather “snarky” which is not something that has sat well with every player. However, Vincke shares that as of right now, only the “evil” and “neutral” characters have been added, so the more “good” characters have yet to be introduced. This was something that he didn’t actually foresee, how players would react to the companion’s behaviours, and this is where Early Access really plays its part because players can give their feedback and help shape the game.

One thing that Larian has learnt about players is that they’re quite evil, “I can see how many people slept with Minthara. That’s quite large, and to get there you have to be evil. There’s certainly people that have had no moral scruples.”

As for when we’ll see the full release of Baldur’s Gate 3 it’s a bit to early to tell. Divinity: Original Sin was in early access for almost half year, while Divinity Original Sin 2 took a year to leave early access. Either way, it looks like Larian knows what they’re doing, and they’re still gathering valuable feedback when it comes to this stage.