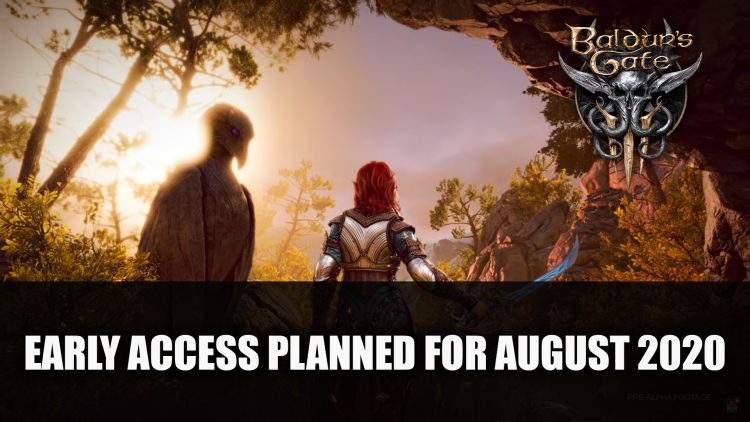 Larian Studios announced during the Guerrilla Collective that Baldur’s Gate 3 is heading to early access as soon as August 2020, if all goes to plan.

During the Guerrilla Collective, Larian Studios shared they were planning to have their early access for Baldur’s Gate 3 set for August 2020, but also cautioned this should be on track, as long as there aren’t anymore significant delays due to the pandemic.

Early Access is planned for both Steam on PC and Stadia, as well as they are planning to show more gameplay on June 18th. Those who play on Stadia will also have some exclusive features according to an article by IGN, where Larian’s CEO Swen Vincke shared:

Some of the Stadia features that we’re supporting are going to be specifically built around involving the community in the decision making. Or letting them affect the dice, for instance. Now, it may sound like some sort of technical wizardry, letting someone watching a livestream hundreds or thousands of miles away change the outcome of your decision, but Stadia has been planning for developers to implement ideas like this since day one

Along with the announcement was a new trailer featuring some cinematic moments and some further updates in terms of progress, but it also shared more about the kind of vision Larian is going for in terms of Baldur’s Gate 3.

Larian previously teased that they would be sharing some more news during June and this just seems the tip of the iceberg. They also stated that the title will not be coming to the current generation of consoles.

Baldur’s Gate 3 will release on PC and Google Stadia. Early access is planned for August 2020.

For more news be sure to read next Horizon: Forbidden West Announced and Godfall Reveals First PS5 Gameplay Trailer.