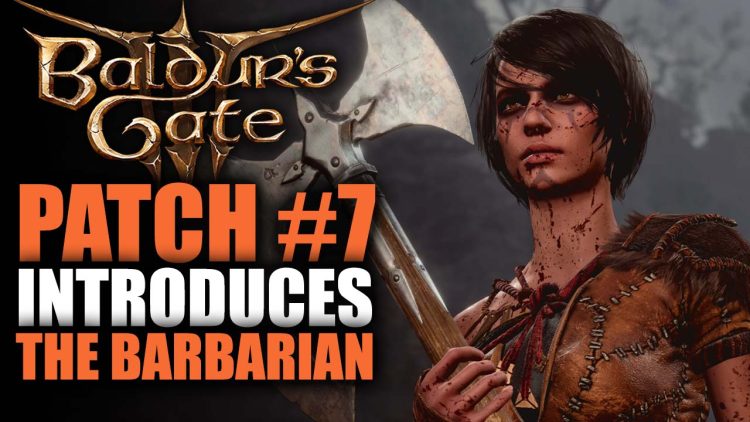 Baldur’s Gate 3 just released Patch 7, which includes a ton of new features. The most important of which is the introduction of a new class, the Barbarian.

Fans of Baldur’s Gate 3 have finally earned the feature everyone has been waiting for. It has been just over two years since the game has entered Early Access, and we finally get the most awaited component. We now get the ability to throw goblins and other small critters at other goblins!

In all seriousness though, Larian Studios has introduced the Barbarian class into Baldur’s Gate 3. The new class brings along with him in Patch 7 a huge amount of improvements, tweaks and other fixes. Patch 7 is currently available to all players who own the game in Early Access. Without further ado, let’s discuss some of the major highlights of the new update!

The Barbarian and Its Subclasses

Definitely, the most impactful change to the game is the new Barbarian class. The Barbarian brings all the rage and fury that was missing from the game and does so with explosive fervour. These reckless warriors can harness their Rage as a bonus action, which gives them melee damage bonuses as well as physical damage resistance. Rage lasts for about 10 turns but can end early if you do not hit or get hit for one full turn. This ensures the Barbarian is always angry. 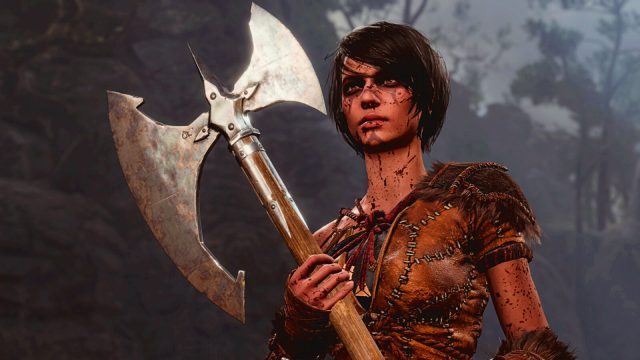 Barbarians will also get to select between two new subclasses, namely the Berserker and Wildheart. The Berserker harnesses their rage and turns that into a “relentless frenzy”. This makes them deal even more damage and can use improvised weapons as a bonus action. The Wildheart is probably the Totem Warrior Barbarian from the 5e Player’s Handbook. This playstyle follows the Barbarian’s primal roots. They gain abilities that are themed against eagles, elk, tigers, bears and wolves.

Lastly, some NPCs in the world are now also Barbarians. Talk about equal opportunity killing.

The Throwing in-game mechanic has also been improved very much in Patch 7. First off, Throwing Weapons are now a new class of weapons. These will include items such as Daggers, Javelins, Handaxes and Spears. The Barbarian will even start off with a pair of Handaxes so he can immediately start hurling sharp things at his foes.

More exciting, however, is now that you have the option to throw objects and even other characters. You can now pick up and toss actors and objects up to three times your Strength value. Players will finally be able to test how far a goblin can fly off a cliff when chucked. It’ll be nice to have an alternative to Shove.

Throw Enemies into Other Enemies

Of course, with the addition of the Barbarian, there are new weapons being added to help him cause the most damage. We will get 24 totally new magical loot, a mix between weapons, armour and other trinkets. Examples of these are the Hamarhaft, a maul that creates an explosion of lightning wherever its wielder lands from a jump. The Linebreaker Boots temporarily increases the wearer’s melee damage after dashing. Both of these items are perfect for an angry Barbarian.

When in doubt, players can also make use of Improvised Weapons. You’ll now be able to make use of anything lying around the environment as a weapon. This includes, but is not limited to, furniture, chests, animals, limbs and other NPCs. Make sure to stack Strength to make the most of this feature! 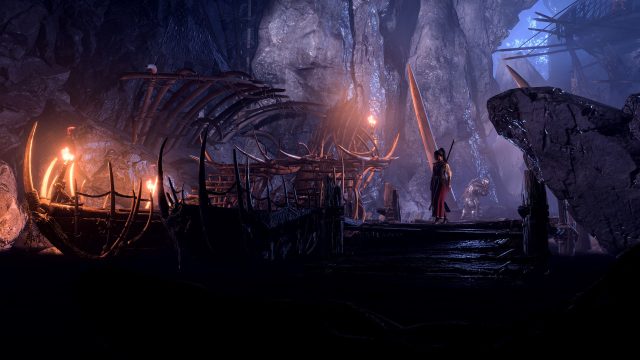 The in-game HUD is receiving some nice new updates. First of all, the entire thing was overhauled so it will look entirely different from what players are used to. The Party menu has been upgraded to be smaller and more condensed. There are also buttons to toggle character grouping and make the entire party sneak together. No more awkward moments where there’s one obvious deviant lurking about in your group!

We also get an improved shortcut Hotbar. Aside from being cleaner and less cluttered, players can now sort the actions visible via different categories. Default categories include common actions, specific class actions, spells, or items.

Spellcasting will get new animations. Now, each class will have new looks to make them seem more unique. So a Wizard’s Spell will now be quite distinct from a Cleric’s or Warlock’s spell.

Animations in general have been modified across the board. There are nearly 700 cutscenes that have had the animations and camera angles improved. 400 new animations were also added to the game. Over 200 dialogues with animals and creatures also have these improved animations.

Players will get treated to a host of new musical pieces as well, ranging from the main camp to the character creation screen.

Baldur’s Gate 3 Patch 7 brings along a lot of balancing changes as well. They’re very minor and don’t make up the bulk of the patch. These include things like lowering the Armour Class of some Goblins. You can also no longer gain a Sleeping Advantage when you attack Astarion at your Camp. Why would you want to, though? 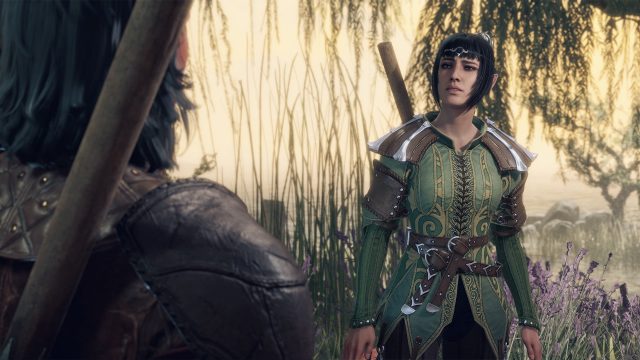 Shadowheart Does Not Approve of Throwing Goblins

Exploration will also be a bit more dangerous as well. Previously whenever you go dungeon diving, you could see the entire area’s layout (and enemies) by panning the camera. Your characters will no longer have psychic senses and will not be able to see through doors anymore. Vision will be reduced to only explored and visible rooms.

For a full list of changes, you can check out the Full Patch Notes for update 7. Be sure to also check out our Baldur’s Gate 3 Wiki for all the information currently known about the game. We also made guides for the Sorceror and the Druid when they came out. Be on the watch for our Barbarian guide soon!

For more news, check out Dying Light 2: Stay Human Gets First Free DLC: Authority Pack Part 1 of 3 and Pathfinder: Wrath Of The Righteous Inevitable Excess DLC Gets Delayed To March 3, 2022.