The much-awaited Early Access for Baldur’s Gate 3 is finally here, and with it many will be looking to know: Should I get early access? What are your first impressions of Baldur’s Gate 3? How does the game compare to Divinity Original Sin, Baldur’s Gate and other D&D content? In this Baldur’s Gate 3 Gameplay & Hands-On First Impressions article we’ll be answering just that.

As with any video based around pre-alpha gameplay and footage, I must make the very clear distinction that BG3 Early Access is not a complete game, and players should not go in expecting a polished experience – in any way. You will find bugs, crashes, graphical issues, audio interruptions, lack of balancing, and lots of quality of life improvements yet to be done. So, as you find out what we think, keep in mind our impressions are based off this unfinished product – and everything is liable to change before full release. We’ll be streaming the game on Twitch a lot over the next few weeks, so if you want to see for yourself and ask questions, then feel free to drop by the stream! 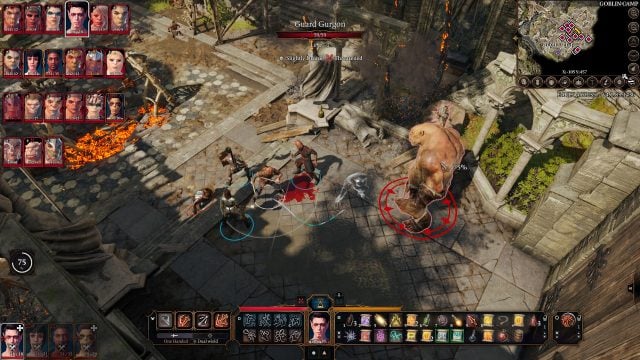 Is it Baldur’s Gate?

I spent about 5 days with the game, and played it nonstop during this time, of course. Overall I was one of the people that thought that the Divinity feel was really strong with the initial reveal of the game back in February. From the models and assets for objects laying about, to the coloring of AoE effects, graphics for mobility, and overall UI design, a lot reminded me of Divinity. In addition, the thing that I was most struck by was the brightness of the environments shown, which had a stark contrast with my memory of a dark and gritty world for Baldur’s Gate. 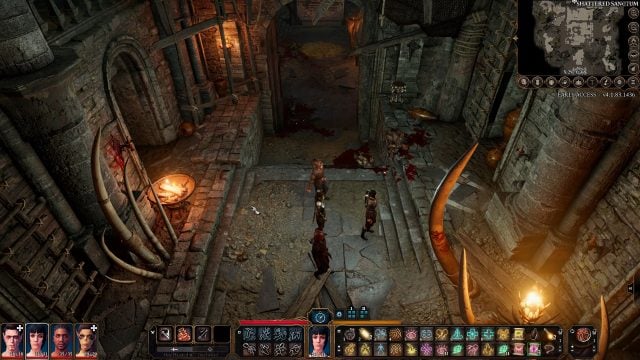 I am therefore very pleased to report that my experience with BG3 Early Access has greatly reduced those concerns. The world is a lot darker, and a lot of the assets are distinguishably new. The UI has also had an overhaul so nearly all the indicators that made you think “Divinity” before are now gone and replaced by a more unique and rather nostalgic look. The fact that these changes have been made, really shows Larian listened to player feedback, and I would be shocked if this aspect didn’t change a tiny bit more even before live release.

This second factor is dividing the Baldur’s Gate community like no other, and I can understand why. I actually prefer turn-based combat in general, and appreciated when Pillars of Eternity 2 added this game mode, but I also appreciate the speed of RTwP and the fact that the original games had only such modes. I will cover this more in-depth in the gameplay section, but for the specific purpose of answering whether the combat FEELS like BG D&D – the answer is YES. Larian has indeed done an excellent job in recreating the tabletop experience in turn-based mode, and players who are fans of D&D will appreciate it immensely. 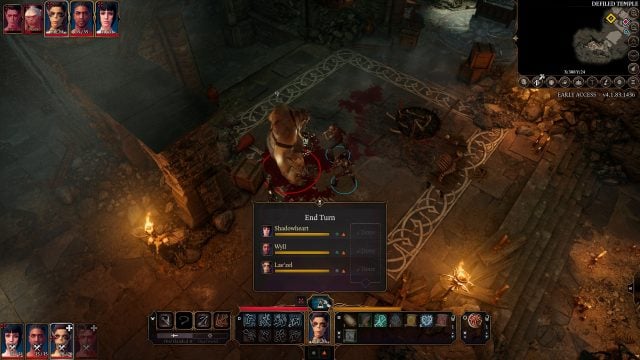 How is Baldur’s Gate 3 Gameplay?

The gameplay of Baldur’s Gate 3 can be easily divided between exploration and combat. Your first hour (or five) will be spent creating a character just to your liking, and you can dwell into the many Races, sub-races, Classes and Sub-class options that make D&D incredibly fun. 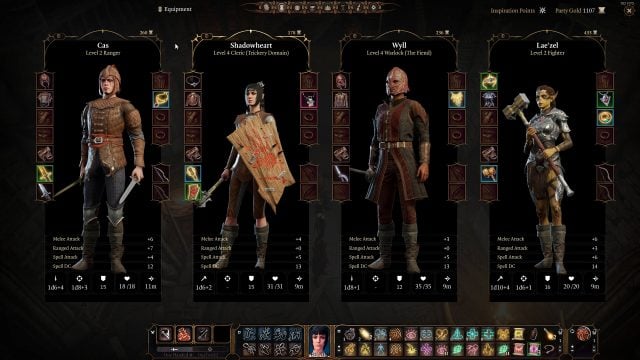 Exploration and Story are by far my favorite aspects of Baldur’s Gate 3, which is to be expected. In them, I find that Larian has realized and even improved on the original games, and is successfully bringing forward the depth of the incredibly deep D&D lore. For fans of the previous games, BG3 is a direct sequel: The story takes place 100 years after the events in Baldur’s Gate 2 and shortly after the events of Descent into Avernus. This doesn’t mean you need to know anything about those games to understand what’s going on, but you will get an extra something if you do know. 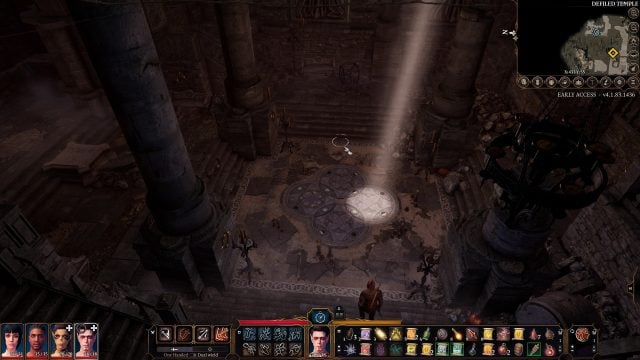 I found the use of cinematic dialogues an excellent choice, as it really helps focus the character’s personality and pulls you into their propositions. What’s really staggering is that every single NPC in the game has voiced cinematic dialogue, really encouraging you to speak to everyone! In addition, the variety of dialogue choices is fantastic, and firmly dissuaded me of the notion that this is “Divinity 3”, and made me think that it’s more “Baldur’s Gate, Neverwinter Nights, or Dragon Age”. This is exactly what I wanted from this aspect of the game so I am very happy with it.

Furthermore, as you play the game and if you restart a few times, you’ll realize that the game has an incredible wealth of branching resolutions. You get periodic checks for Perception and such as you walk along that can be the difference between a rough fight and a treasure chest, but you also have so many possible ways to resolve scenarios that you will really enjoy seeing the dice roll.

As you play, you simply never know what’s going to happen, and BG3 very much feels like a choose your own adventure game on steroids. My only concern here (if any), is that the sheer randomness of every encounter may frustrate players striving for specific outcomes. If you can’t accept a young child dying, or having to kiss someone’s feet because you failed a roll, then prepare to savescum a lot, because you will be faced with these types of scenario often.

The level design, however, is very similar to divinity, with a large map containing explorable sub-areas that you can visit with your party. The map has chests, crates and objects you can interact with and pick up, as well as special hidden areas accessible by the clever use of jumps or interacting with perception-checked switches. Fast travel is even handled in a near identical fashion. In general, the area design is so far so good and fluid enough that I was curious to explore all nooks and crannies without getting burnt out. I don’t think players will mind this facet of the game being similar to Divinity, because they handled this beautifully.

Combat is going to be the place where Larian will need the most feedback, as bringing D&D to video game form and changing from RTwP to turn-based surely has its challenges. In addition, Larian has the odd disadvantage that their previous Divinity titles had a fantastic and engaging combat system, meaning the bar is really high for Baldur’s Gate 3. I was initially all for Turn Based gameplay because of my experience with Divinity, but with Early Access I have found myself longing for RTwP. Let me explain why. 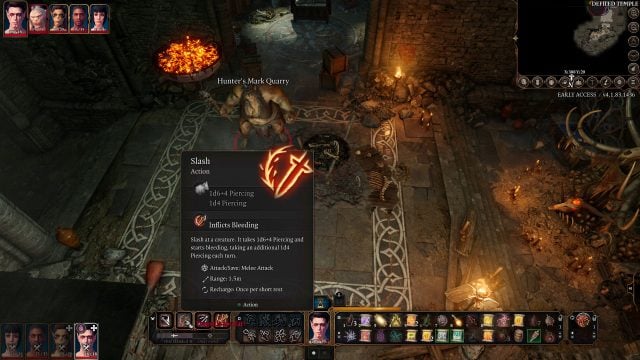 The reason behind this is simple: in staying faithful to D&D, combat is limited to the rulebook and its rather simple interactions compared to the more fantastical nature of Divinity. Move, then attack – likely miss. Then your enemy does the same. When there are 20 characters on screen, if it takes 6 seconds per character, that is 2 full minutes for one round. You are looking at maybe 5-10 rounds per encounter, that means 10-20 minutes if you almost never stop and think (or die).

In reality, I found myself in battles that lasted over 40 minutes, and it frankly felt tedious, mostly due to the lack of abilities and interesting effects that I could interact with or make happen. On my Ranger for example, all I pretty much ever do is just attack with my Bow or dual Shortswords. The weapon abilities for these can only be used once per rest, so I move/attack every round without any fan fair whatsoever. Other Classes, thankfully are more interesting, and have more variety to what they can do. But even these feel slightly mundane, compared to the “over the top” theatrics of Divinity’s combat system, and I can’t help but feel Larian could make better combat if they weren’t pigeon-holed into the D&D ruleset. Obsidian even made modifications to Pillars of Eternity 2’s Turn-Based, reducing the Miss Chance significantly, in order to speed up combat in this game mode. Maybe there is a compromise to be had here? 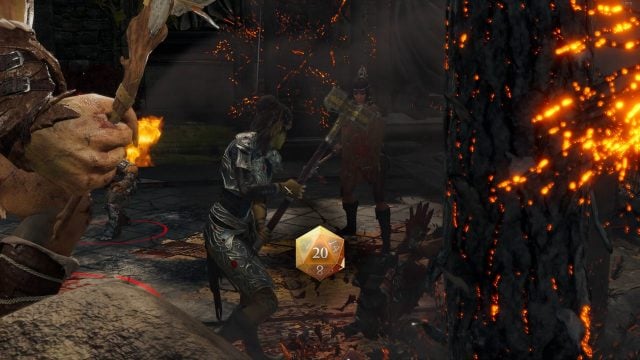 Baldur’s Gate 3 so far has encouraged me to avoid combat when possible, which is certainly a different way of approaching a game compared to Divinity, where I couldn’t wait to get into battle! This is something that I feel will need retouching with feedback from the community, and honestly could be fixed with a potential RTwP option, though I don’t know how likely that is to happen this late in production.

Lastly we come to the big question: Is Early Access for you? This one will largely depend on your interest in providing developers with feedback so that they tailor the game to the community’s liking. Early Access will be full of bugs and issues, you will likely “spoil” yourself of story aspects and characters and tricks and not get to see a payoff until much later, and you will be doing testing for unpolished or unbalanced combat and mechanics. Many of the game’s features are not even in yet, such as Multiclassing, so you’ll likely have a much different experience than you will at launch. 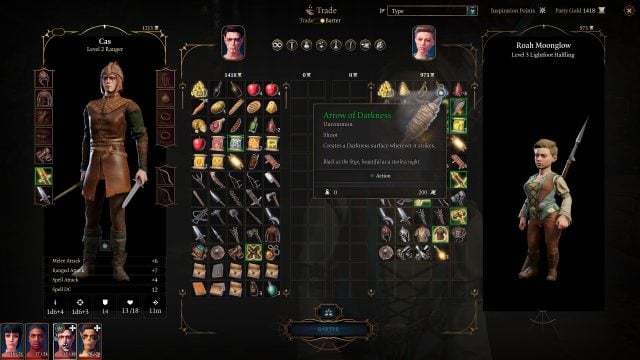 That said, I wake up every day earlier than usual and eager to get to my computer to play more, because I don’t care about the bugs or unbalancing, the world of Baldur’s Gate 3 is simply calling me and demanding that I explore it some more. I find myself very interested in the books I pick up, the companions I meet, their ideas and approval. I am eager to see what the next character level brings around and how the combat experience evolves over time. Despite it’s flaws, BG3 is a compelling play, and it won’t take you long to realize this.

If you are a hardcore player that is invested in this being the game of your dreams, then I wholly recommend that you do get Early Access and participate in giving Larian as much feedback as you can regarding how you enjoy it or not, what bugs you find, and things you’d like to see. If you are a more casual player and rather enjoy a finished product, then I suggest you stay away and save yourself for the awesome final package that will surely come.

If you decided to jump into the game, or are curious about its mechanics, make sure to check out our Character Creation Guide, as well as our look at Races and Classes of BG3, all made with in-game information, as not everything follows what you expect from D&D to the letter. We’ll have more content up on the channel, we’ll be live on Twitch of course, and there’s always the Baldur’s Gate 3 Wiki filling up with Companion and Quest information!