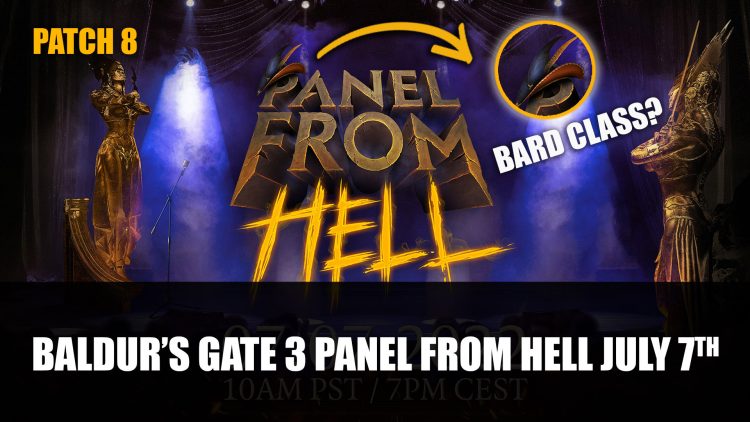 Larian Studios have announced the date for the next Panel from Hell which will be focusing on what’s next for Baldur’s Gate 3.

Larian Studios the developer behind Baldur’s Gate 3 which is currently in Early Access will be holding the next Panel from Hell on July 7th at 10 AM PST/7PM CEST.

If you’ve missed previous streams and wonder what exactly is this Panel from Hell is, well it focuses on giving news about BG3. This edition will feature the Patch 8 launch according to the Steam news hub. So if you don’t want to miss all the details be sure to check out the live stream on Twitch.

Since Baldur’s Gate 3 has been in early access, the game has seen a number of updates including the addition of a new playable class the Sorcerer and more recently, earlier this year the Barbarian class. If you want a great guide for building one, check out our Baldur’s Gate 3 Builds: Barbarian Class Guide.

What’s Next for BG3?

With the upcoming panel just days away, it’s got fans of the game curious about what they will announce next. So far there has been no exact release date for the full launch of the game. But it was announced that the CRPG is expected to release sometime in 2023. 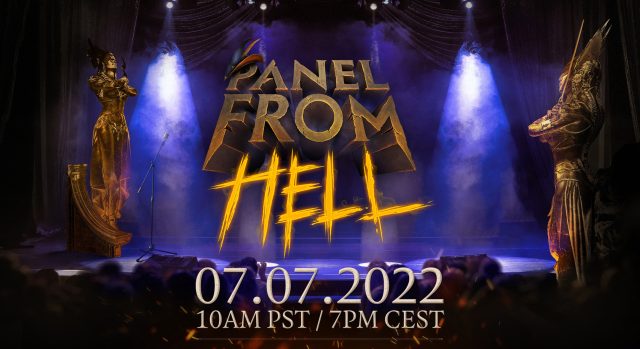 Larian has announced the next Panel from Hell. But what is that atop the letter”P”? How curious…

We may also see another class announcement. Fans have been picking apart any detail that Larian has thrown their way and the announcement of the next Panel from Hell is no exception.

The location for this panel is going to be held in a theatre in Ghent. Also, the “P” in the image of the announcement also has a little bard hat atop the letter. This might mean we’re getting a first look at the Bard class that could be coming to the game next and Larian is ready to sing all about it.

While nothing is confirmed about these clues, this is not a panel to be missed if you want to know everything about Baldur’s Gate 3.

In the meantime be sure to drop by our Baldur’s Gate 3 wiki for all the latest info.

For more news find it here in Turn-Based RPG Sea Of Stars Now Delayed To 2023 and Star Ocean: The Divine Force Gets October Release Date.