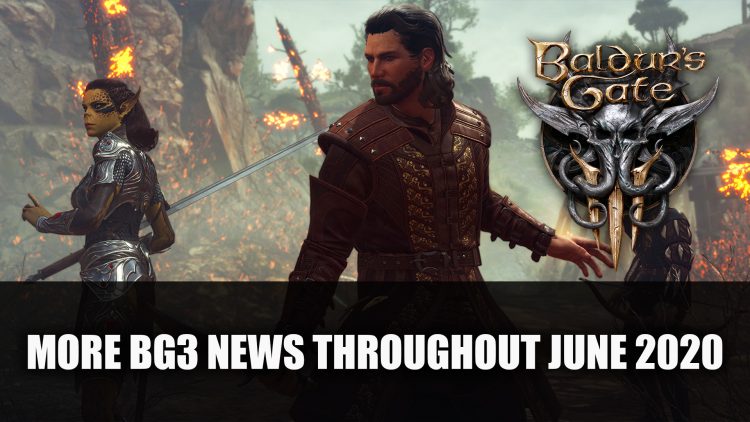 During the Guerrilla Collective Showcase on June 6th, developer Larian Studios will be sharing announcements for Baldur’s Gate 3.

Announcing the announcement of news, Larian Studios have shared that on June 6th on the Guerrilla Collective Showcase they will be unveiling some news. The collective will features announcements, trailers, gameplay and more from developers and publishers. Larian released a teaser trailer alongside a tweet announcing this news, which shows some in-game action and screenshots.

As for what news, we are still awaiting the release date for Baldur’s Gate 3 which so far has been announced to launch on PC and Google Stadia. Previously the developer has shared the title has not been planned for the current console generation due to not being able to run the game as is with the engine used.

Also we are yet to hear more about Dark Alliance, which was announced during TGA 2019, but so far the developer hasn’t outlined when they will be sharing more. The title sets to mix hack and slash dungeon crawler, a third-person action RPG featuring characters from the author of Drizzt Do’Urden, R.A. Salvatore.

We know you’ve all been waiting, so let’s get ready to tell some stories together. Baldur’s Gate 3 news will be dropping throughout the month of June, starting June 6 on the #GuerrillaCollective Showcase. What does it all mean? Let’s find out. pic.twitter.com/ICoj4DHs8u

Baldur’s Gate 3 will release on PC and Google Stadia. It will be released on Steam early access by the end of this year.

For a round up of RPG news find it here in Top RPG News Of The Week: May 31st (Darkest Dungeon, ESO Greymoor, Fallout 76 And More!).