In this Baldur’s Gate 3 Build Guide I’m going to be covering my Thief Build for Early Access, and showing you what I’ve found to work best. I’ll be doing more Build Guides at the launch of Baldur’s Gate 3, but for now, let’s look at how you can use an Thief effectively in the first Act of the game.

Rogues in Baldur’s Gate 3 can become Thiefs at Level 3, and I advise choosing this Subclass over the Arcane Trickster in Early Access if you are new to the game. This is because Thiefs gain an extra Bonus Action, and they can use this for Shoving, Jumping, or even on their Cunning Action: Dash. This allows them to still attack with both their main-hand and off-hand Weapons after taking a Bonus Action, OR get an additional off-hand weapon attack if they didn’t use a Bonus Action for anything else.

Sneak Attack is the bread and butter of the Thief, and it can deal incredible damage to enemies under the right circumstances. Circumstances you should be aiming to achieve each and every round. I’ll explain the exact mechanics of this Action a bit later in this guide, but for now let’s have a look at Character Creation. 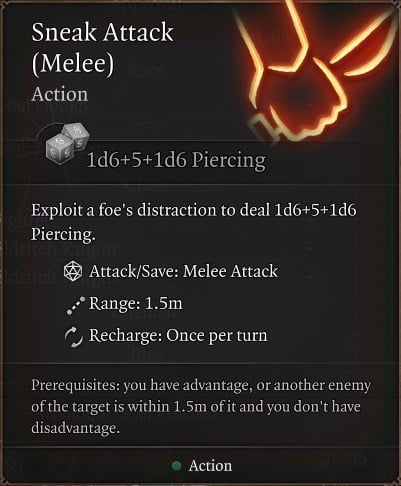 In this section we’ll take a look at how to setup your Thief during Character Creation for the best results. You don’t have to follow this to the letter, and it’s likely this will change at full launch of the game. However, this will hold you in good stead during Early Access.

There are some good Backgrounds for Thief: Urchin, Charlatan, and Criminal. When you think about things you’d want on a Thief, these things come to mind and they have some great Skill Proficiencies that fit the theme of a Rogue.

Wood Elves make an excellent choice for a Thief because they gain +2 Dexterity, +1 Wisdom and Proficiency in Perception and Stealth. They also have Darkvision, and can’t be put to Sleep by magic.

Drow and Half-Elf are also good considerations, especially if you want to be a cunning Thief that can deceive and Persuade in dialogues, because of the extra point(s) into Charisma. 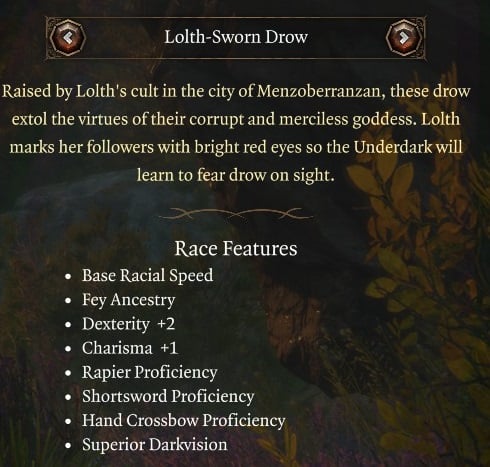 Thiefs will gain 4 Skills at Character Creation, which is higher than any other Class in Early Access. They will have high Dexterity, and having some Wisdom will not hurt them either in order to gain better rolls on Perception. Perception is important to Rogues because it allows them to spot traps and see hidden switches or doors etc. Dexterity has: Acrobatics, Sleight of Hand and Stealth, and Wisdom has: Animal Handling, Insight, Medicine, Perception, and Survival. Of these you probably want Sleight of Hand, Stealth, Insight, and Perception for Early Access. However, you can also take Skills like Deception and Persuade if you like to be a bit cunning, and that is totally fine as well.

The main Ability for Thiefs is Dexterity. This helps with their Attack Rolls and Damage Rolls with Ranged and Finesse Weapons, like Bows and Shortswords, as well as boosting their Armour Class. Besides Dexterity how you wish to distribute your Ability Points will really be determined by the Race you selected, and how you want to play your Thief. 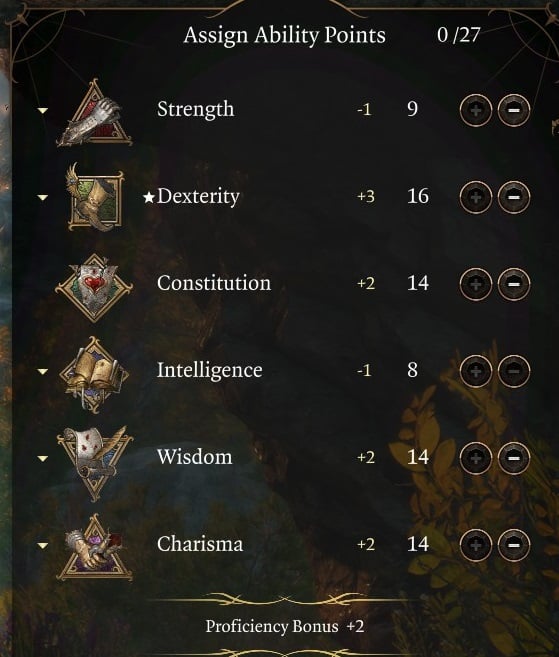 Sneak Attack is a special Action that all Rogues can use once every turn that boosts their damage tremendously under the right circumstances. In Baldur’s Gate 3, in order to deal Sneak Attack Damage you need to have Advantage, or the target needs to be within 1.5m of a character it considers an enemy. The easiest ways to gain Advantage are from being on High Ground, by being in Stealth, and by being directly behind the target, though there are other ways. 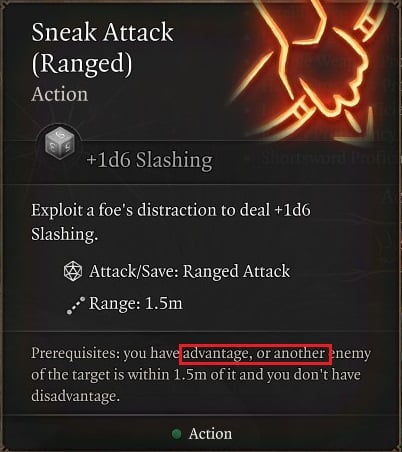 Because Sneak Attack uses your main-hand Weapon, if you are using a Longbow or Light Crossbow (which use 1d8 for their damage dice), then you will do slightly more damage than a Shortsword (1d6) on average. This means you are better off using Sneak Attack (Ranged) when you can until you take the Dual Wielder Feat at level 4, and can use Rapiers (1d8) while dual wielding. The following is the damage calculation for your total Sneak Attack Action, including your main-hand damage:

At Level 2 Rogues gain Cunning Action: Dash which can be used once per turn. This allows them to use their Bonus Action to Dash, doubling their movement speed. Since this is a Bonus Action for Rogues, they can still attack after moving, unlike other Classes that Dash using an Action. 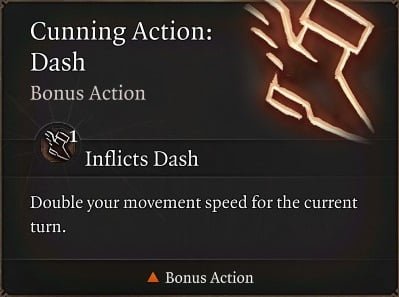 At Level 3 Rogues can become Thiefs, and here they will gain Fast Hands and Second-Story Work. Fast Hands allows Rogues to use two Bonus Actions every turn, which can mean two Offhand Attack (Melee) in many cases, really upping their damage. Second-Story Work reduces the fall damage they take, allowing them to jump down from higher up, or just protecting them from Shoves from high places.

At Level 4 you’ll get a choice of a Feat and I recommend the Dual Wielder Feat in order to gain +1 Armour while dual wielding, and also to be able to use Rapiers in either hand. Rapiers deal 1d8 compared with the 1d6 of the Shortsword so this will be a +1 damage upgrade on average, including your Offhand (if you use one there too). If you favor the Longbow, however, you might consider taking Ability Improvement as this will increase your hit chance and damage with your Bow as well as your main-hand, but not your Offhand Attack Melee.

The Equipment you’ll want for this Build are a Longbow and two Shortswords early on. You cannot dual wield Weapons that are not Light until you take the Dual Wielder Feat, but once you have this you’ll replace your Shortswords with Rapiers for extra damage. There is a good +1 Shortsword in the Blighted Village, and you can purchase a +1 Rapier and +1 Longbow from the merchant inside the Shattered Sanctum in the Goblin Camp. 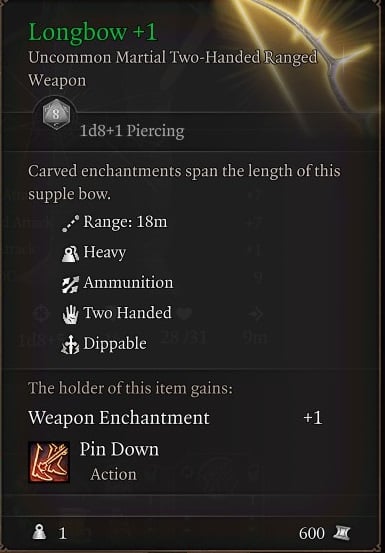 For Armour you’ll want Studded Leather Armour, and for Accessories there really aren’t that many that are useful to a Rogue in Early Access. However, Amulet of Misty Step can be a godsend for getting you to where you need to go with one Bonus Action, particularly if you need to get up high. Just remember that height does not guarantee Sneak Attack (Ranged) damage unless the target is near a hostile character!

Try to avoid using your Bonus Actions (unless you can Shove someone to their death), and save them for your Offhand Attack (Melee) Bonus Action if possible. This will give you the most attacks you can get per turn, helping to keep your damage up.

Always try to create scenarios where you can Sneak Attack every round if possible. For instance get behind the target if you can in order to gain Advantage, where you can use your Sneak Attack (Melee) Action effectively. Just be careful not to take an Attack of Opportunity while doing this.

Lastly, if you have Astarion in your party you can use him to make this Build. His Ability Point spread is a bit different, but it’s close enough to get the same concept from a gameplay perspective. However, in his case it’s probably better to take Ability Improvement and grab Dexterity and Constitution instead of the Dual Wielder Feat.