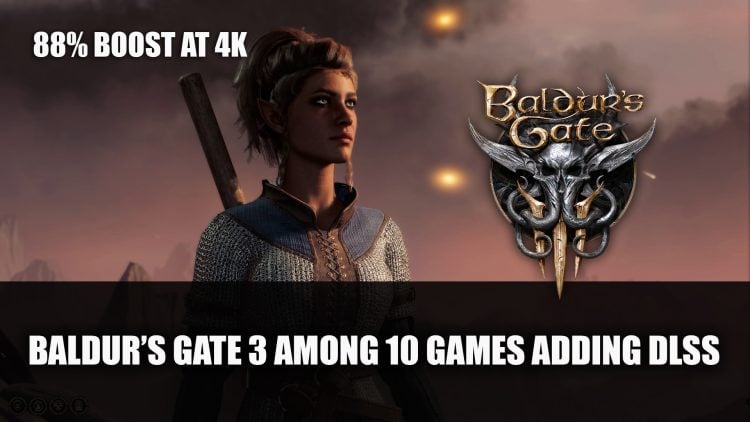 Nvidia has announced ten more games are adding DLSS this October which includes Baldur’s Gate 3, Back 4 Blood, and more.

The list of games that now comes with DLSS is now getting bigger as Nvidia announces ten more titles gaining the feature this October. This totals 120 games and apps that now have the accelerated performance that comes with DLSS. Titles included in this month’s batch of games include Back 4 Blood. This October also sees the launch of NVIDIA DLSS in Baldur’s Gate 3, Chivalry 2, Crysis Remastered Trilogy, Rise of the Tomb Raider, Shadow of the Tomb Raider, Sword and Fairy 7, and Swords of Legends Online.

DLSS also came with the release of Alan Wake Remastered and F.I.S.T.: Forged In Shadow Torch.

Baldur’s Gate 3 is among that list which launched in Early Access last year. Nvidia has shared details of what DLSS performance mode is capable of while running Baldur’s Gate 3 at 4K 60 FPS at max settings. 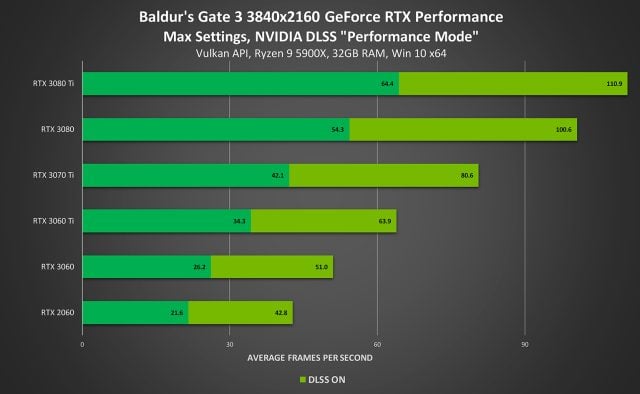 The post on the official Geforce website states that BG3 is “up to 88% faster with Nvidia DLSS”.

The Elder Scrolls Online will also be gaining DLSS support for RTX 20 and 30 series when Deadlands DLC and Update 32 launches on November 1st. It will also be one of the first games to gain DLAA.

Recently developer Larian Studios has announced the next class to be coming to Baldur’s Gate 3 in Early Access is the Sorcerer. This is expected to arrive with the biggest update yet Patch 6.