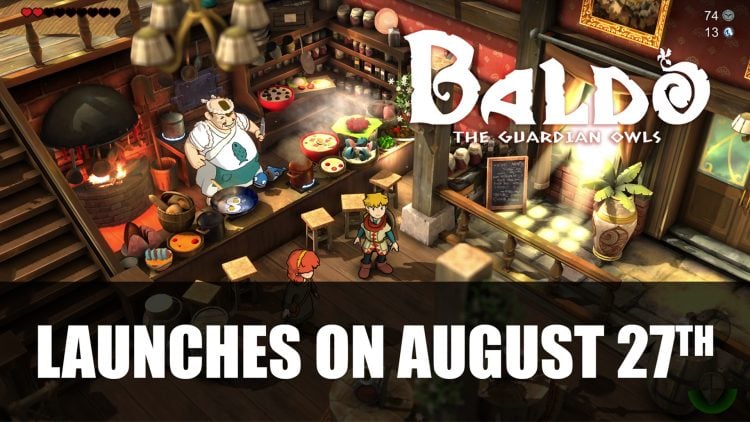 Developer Naps Team have announced they will be releasing their Action-RPG adventure title Baldo: The Guardian Owls.

Baldo: The Guardian Owls to Launch on August 27th for PS4, Xbox One, Switch, PC, and Apple Arcade

Baldo: The Guardian Owls is an Action-RPG which will be coming to PlayStation 4, Xbox One, Switch, PC via Steam, and Apple Arcade on August 27th.

The title takes a Studio Ghibli-esque art style, set to have “challenging puzzles to solve” as well as “intricate dungeons to explore”. Players will take on the role of Baldo, as they explore a captivating open-world, meeting along the way “quirky and unforgettable characters”.

You can check out the whimsical trailer below:

Baldo: The Guardian Owls will release on August 27th on PlayStation 4, Xbox One, Switch, PC via Steam, and Apple Arcade.

For more news find it here in Monster Hunter Stories 2 To Add Kulve Taroth In Co-Op Quests Next Week and Monster Hunter Rise Next Collaboration With Okami.