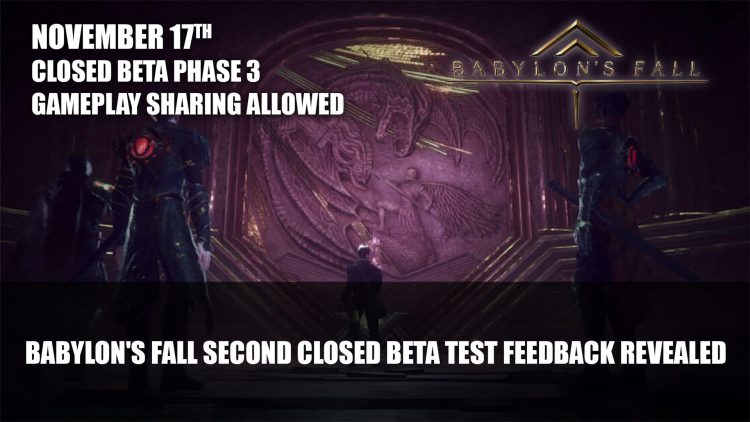 Square Enix has released feedback from the Closed Beta Test Phase 2 for Babylon’s Fall which includes what the most popular weapon choice is so far, feedback on current combat state and more.

Square Enix have been conducting closed beta tests for Babylon’s Fall, with the latest being Phase 2. A third closed beta test has already been set for November. All tests so far has restricted sharing any gameplay, however the developer has revealed some new info about feedback so far and Phase 3 will allow participants to record and stream gameplay this time around.

In the latest post released on the Hanging Garden official community website, it was revealed that stress testing servers have already begun, with Phase 2 receiving as much as three times the account made for Phase 1, with 65% of servers being connected simultaneously during peak time. This is only closed beta so as usual with server tests, the real test will be when there is an open beta with more participants.

Changes to the graphic art style is also in progress, with Phase 3 getting a much more detailed oil painting feel.

With a big thanks to our Sentinels support, the #BabylonsFall team have been working on updating the graphics to improve legibility while retaining the unique oil painting style! pic.twitter.com/s1AbHoLxhZ 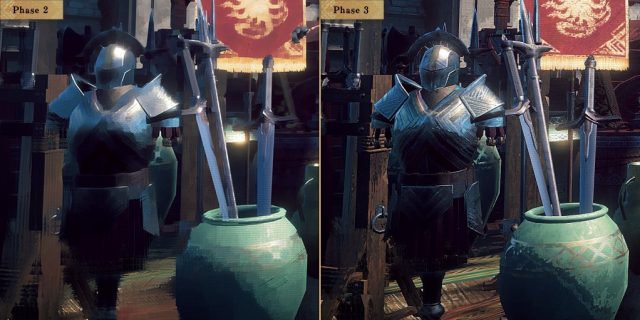 There was also feedback for the gameplay, with participants commenting on the “sluggish movement and low responsiveness”, but with this feedback the developer has already begun plans for the Closed Beta Test 3 to make improvements and adjustments to combat:

The combat moves for Sword doesn’t look too dissimilar to Nier Automata, with the floating sword moves and fluid movement. While this is still in testing phases it’s great they are taking the feedback from their players and implementing them in further tests.

Player data also showed some interesting stats for Weapon choices, with the Sword being the most popular weapon chosen with over 25% of participants wielding one. This is followed by Rod, Hammer, Bow and then Shield.

As for Attack Modes it seems the Standard/Vulcan attack mode was most popular, however the devs have noted that there wasn’t enough in the tutorial to explain the differences between Standard Vulcan, Power/Mars and Technical Diana. But this will be implemented in the full version release.

The next scheduled Closed Beta – Phase 3 is set for November, which will be held over 48 hours continuously across Japan, North America and Europe.

Phase 3 will include cross-platform multiplay and include the Playstation 5 version. This phase will include six quests and contain significant graphics and gameplay changes.

If you took part in the previous Closed Beta Tests you will be able to join Phase 3. New players can request to join the Phase 3 beta by applying through the Hanging Garden website, deadline is Wednesday, October 27, 2021, at 18:59 (PST). With Phase 3 those taking part will be able to record and stream gameplay footage this time.