Publisher Square Enix and developer Platinum Games announced Babylon’s Fall back at E3 of 2018, and it’s a title that has been slipping under the radar. Only a teaser CGI trailer had been shown, and that was back when it was first announced, but that changed recently when Platinum Games revealed a new gameplay trailer during PlayStation’s December State of Play livestream. So, in this article, we take a look at everything that’s known so far about Babylon’s Fall and tell you a bit about it.

Set in 5000 CE Albenland, Humanity has discovered a new source of energy known as the Oversoul. After many years of research and experimentation, the Helios Empire, one of the many kingdoms in Albenland, has succeeded in harnessing the Oversoul for weapons development. During this time period other kingdoms used fragments of crystallized Oversoul to see into the future, via their seers, and collectively wrote down these as prophecies into the Ephesian Book. The Seers have foreseen visions of an all-consuming darkness. 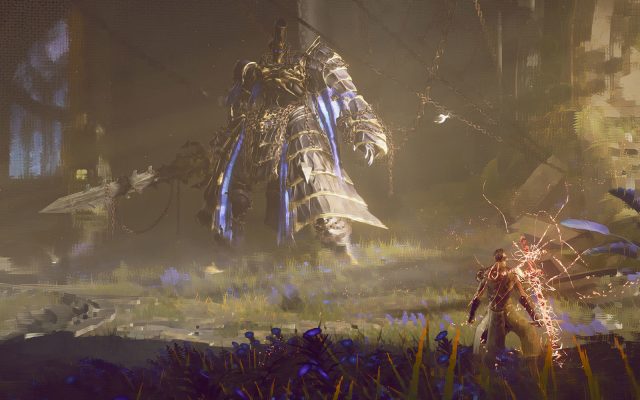 In an attempt to prevent the impending apocalypse, the Helios Empire sent a person to lead a mission into the Darklands, to the place where the Ephesian Book prophesizes the location of “mankind’s revival”. While this was happening the masses rose up against the ruling class for its monopoly over the Oversoul, riots broke out and riots escalate into a full-blown war. This conflict disgusted the Elder Gods who then unleashed their wrath upon mankind.

With the purpose of rescuing humanity from the brink of extinction, a new goddess, Gaia was born. Gaia created a new world, Gottehafen in order to give humanity one last chance and a period of peace follows. But, after 2 centuries humanity fell into a similar conflict that causes Albenland to be destroyed, and on the Day of Judgment, Gaia turned against mankind. A few years later deep within the Shrine of Souls, the Nomads are born and led by these Nomads, Humanity strikes back against Gaia. This is where the game begins.

In the new Babylon’s Fall gameplay trailer we see highly combat-focused, over the top action, much like their previous games Nier: Automata and Metal Gear Rising: Revengeance. The footage showed us a Dark Souls-ish location, but the gameplay is more akin to Devil May Cry or Bayonetta. That is to say, we saw sword blows, long strikes, flying phantom swords that do AoE damage around the player, an energy whip for pulling and pushing enemies, an air combo and the protagonist literally stealing a bosses’ massive sword and using it against them. If this all sounds awesome that’s because it is. 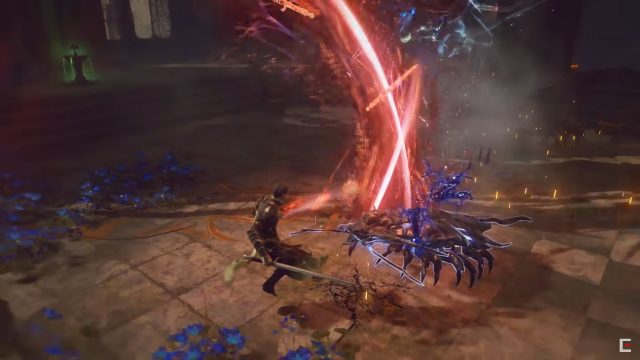 At this point the details are not clear on how much character customization there will be, and whether or not Babylon’s Fall will lean more to the RPG or Action side of things. However, Devil May Cry 5 didn’t have a huge amount of customization and that game was still lights out good. If you’re looking for something that’s like Devil May Cry, but has more traditional fantasy environments, then Babylon’s Fall may fit that bill.

While the gameplay of Babylon’s Fall looks pretty intense, and character and enemy models look good, I can’t say the same for the environmental visuals. I’m not really sure what they’re going for here. The world looks blurry and it seems like some kind of pastel visual style is happening. The environment as a whole reminds me a lot of Dark Souls with the broken castles and the castles in the distance, but has not remastered quality graphics. However, we can just chalk it up to being still in development. Hopefully next time they release a gameplay video, the style of the environment is more pronounced so be get a better sense of what to expect. 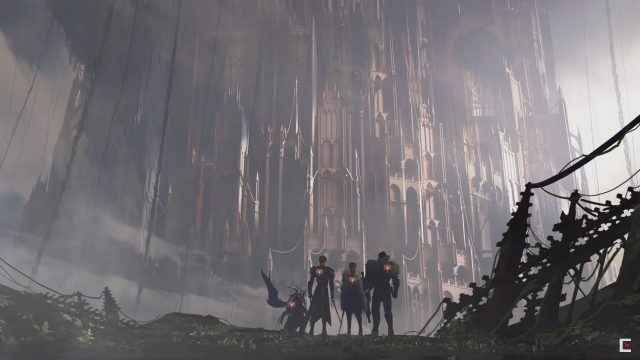 Even after the first teaser trailer with its chronological retelling of the history, and this more recent gameplay trailer, not much is known about the game and there are still so many story related questions to ask such as, What are the Nomads?, Who are the Nomads? and the most important question Why is the Nomads?. Joking aside, we do have something to look forward to because at the very end of the trailer the message “More Information Next Summer” was shown. That’s not that far off, though 6 months or so doesn’t seem particularly near. 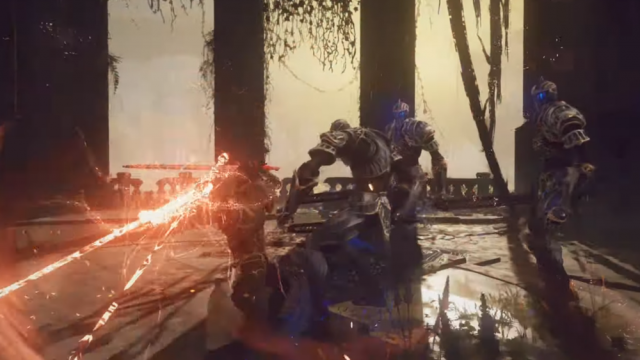 As said earlier Platinum Games is in charge of the development of this game and Square Enix is tasked with publishing it. The last time they collaborated on a project, we received Nier Automata, it’s protagonist 2B and that game was so popular that it sold over 4 million units, “talk about a success story”. So, we can rest easy knowing that Platinum Games is heading this project and that alone is enough to make us excited for the game, even with the little information that is currently known.

Babylon’s Fall will be releasing on PS4 and PC via Steam, and though no release date is currently known, it’s likely it will launch some time in Q3 or Q4 of this year (2020). This is because the PlayStation 5 is slated for a Q4 2020 release, and odds are it will launch before that. Stay tuned and we will bring you more coverage as new info releases so be sure to follow us and keep an eye on our YouTube channel.

If you enjoyed this preview be sure to check out more in Phoenix Point: An XCOM Evolution and Fairy Tail Hands-On Preview.