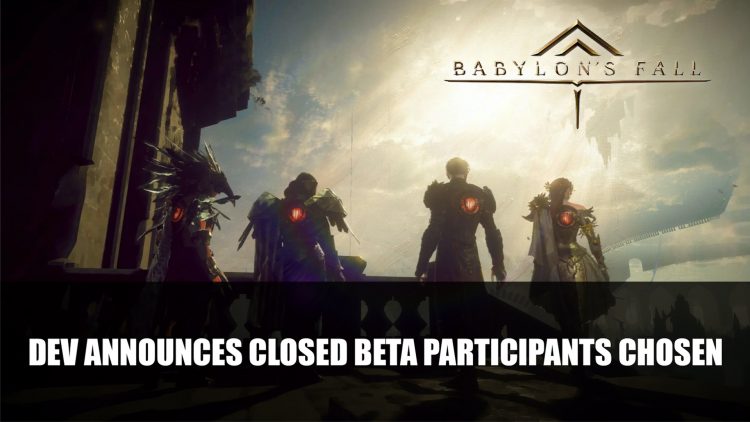 Platinum Games has shared emails have been sent out for Babylon’s Fall Closed Beta Phase 1.

In a Twitter post on the official Babylon’s Fall account, developer Platinum Games have announced emails have been sent out to participants for Phase 1 of the Closed Beta Test. So if you’ve applied to take part make sure you check your email to see if you were chosen.

Previously the developer shared details about the Closed Beta which will take place for Japan, NA and EU. Phase 1 for the North American server will take place on August 5th from 18:00 to 22:00 PDT. According to the post on the official community website, those who take part will not be able to share any information of content from the Closed Beta Test on social media for the current phase.

?? Our US Closed Beta Test [Phase 1] is approaching!
? An email has been sent to selected Sentinels with all the details. Please install prior for the smoothest launch.

For more information about our Closed Beta Test: https://t.co/v4jKbn8HE6#BabylonsFall