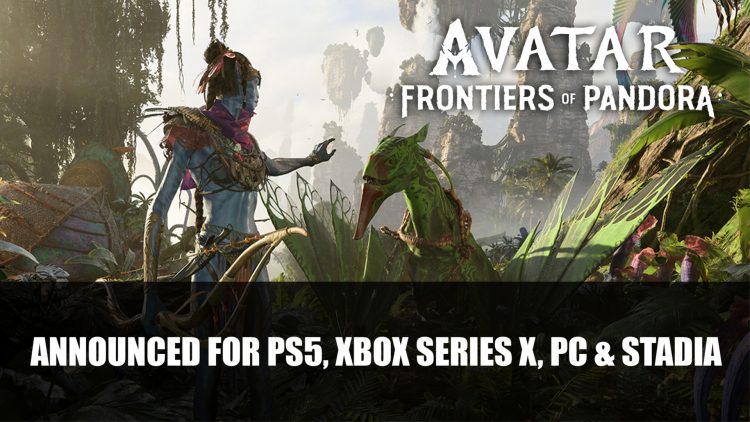 Ubisoft have announced Avatar: Frontiers of Pandora which will be launching in 2022, on Playstation 5, Xbox Series X, PC, Stadia and Luna. The news was announced during E3 2021, at the Ubisoft Forward livestream.

Ubisoft have been planning to release a game based on the hit movie Avatar since February 2017. It finally has been announced to be coming to next. It is being developer by Massive Entertainment, in partnership with Lightstorm Entertainment and Disney.

The trailer previews some of the world of Pandora, that is based on the visuals from the Avatar movie. The game is being developed using the Snowdrop engine. It looks to include all the impressive surroundings, creatures and vibrant details. However Ubisoft has confirmed that this is a “new standalone story” following the Na’vi according to the game’s description with a never-before-seen part of Pandora. But the RDA are still a threat to their world.

Avatar: Frontiers of Pandora will releasing on Playstation 5, Xbox Series X, PC, Stadia and Luna in 2022.

For more news be sure to check out next, Godfall Coming To PS4 Alongside ‘Fire & Darkness’ Expansion On August 10th and CD Projekt Red And Netflix Announce WitcherCon.