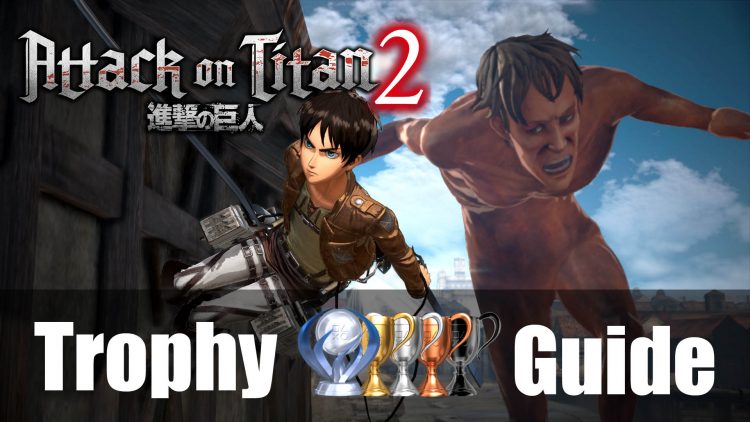 Here is a trophy and achievement guide and roadmap for Omega Force’s Attack on Titan 2. It will help completionists to get the Platinum or 100% the game. Eat your potatoes, grab your omni-direction gear and let’s speed into the guide.

We’ll update this section as soon as more information is available on release. 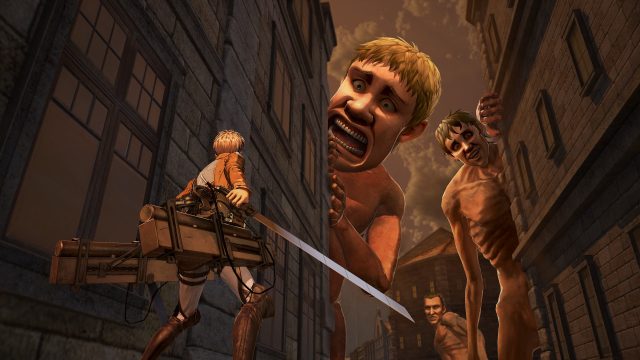 We’ll make a breakthrough eventually…And see what truth these Walls are hiding.

Unlock all trophies for Attack on Titan 2

Got selected as the top performer during training in Episode 1 of the Story Mode Prologue.

This first step will be a big one for the human race.

What is it that you see?

What do you expect? The world is a cruel place.

Live a life you can be proud of.

I’ll wrap that around you as many times as you want.

He was a soldier who fought to the very end.

There’s still so much I need to find out about the world.

Completed 25% or more of the Scout Missions.

What must be done.

Completed 50% or more of the Scout Missions.

I’ll be the one to hunt those Titans to extinction!

We’ve got a talented one here.

Achieved a Battle Rating of S in any episode.

If you don’t fight, you can’t win.

Achieved a Battle Rating of S in all Story Mode episodes.

It’s huge! What the heck is it?

I’m gonna destroy them! Every last one that’s on this Earth

We’re always at an information disadvantage against the Titans.

If you don’t know something, you just have to learn it

The outside world must be a hundred times bigger than inside the Walls!

Level the protagonist to max level.

Leveled one character to max rank

This attack will be the final blow!

I’m the deliverer of death!

Eliminated a Titan with the Hook Drive

I know we can win this if we work together!

Part of the Story where you are taught Buddy Actions and making Bases.

I’m just glad it didn’t turn out any worse…

I was able to control myself perfectly

My specialty is tearing through flesh.

This is a true salute!

This world has always been a living hell.

No need to hold back.

Can be done as early as after the Top 10 recruits are announced.

Leveled one character to max friendship.

It’s not so bad, being a goddess and all

Leveled all characters to max friendship.

You mind if I take that?

As long as we keep fighting, we’ve still got a chance.

Just shut your mouths and invest everything in me!

No matter what you train in, it will serve humanity some day.

Maxed out all training.