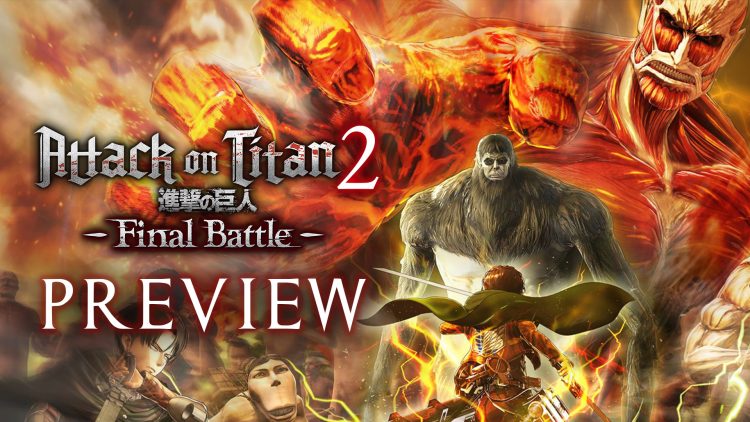 On May 9th, I had the pleasure of visiting Koei Tecmo US in California to get a hands-on preview of Attack on Titan 2: Final Battle. After playing for roughly an hour and seeing exclusive gameplay from the producer Hideo Suzuki himself, it’s pretty safe-to-say that Final Battle has plenty of content for anyone who’s looking to jump into the new expansion. So what’s new with this expansion? What are they focusing on now in Final Battle? Let’s jump right in to it!

For those who are not familiar with the game, Attack on Titan 2 is the sequel in the Attack on Titan game franchise, following the anime series. The story follows a mysterious threat known as the Titans that are causing torment and chaos as they continue to devour humans and the fight against them.

The upcoming expansion Final Battle closely follows Season 3 of the Attack on Titan series, with now over 40 playable characters to choose from. What’s more is that the original episodes are included, which allows players to get the overall experience, if they wish to do so. Koei Tecmo also weave their own storylines in the original, adding even more for fans of the series to experience.

The Character Episode mode lets you experience the story from different perspectives based on the character that you are playing as, similar to AoT 1. Playing as Levi in the Scout Regiment Story, you can also venture through your very own first Anti-Personnel Battle Experience (more on this later), where you will take on Kenny. Once you defeat Kenny and he retreats, the Anti-Personnel Control Squad attempts to hunt you down. 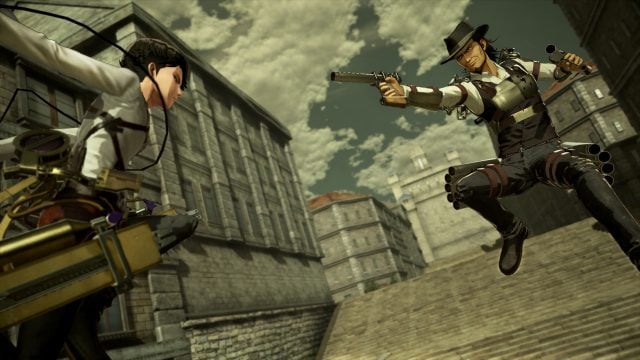 Your next job is to defeat them, one by one, including Kenny yet again. Once the mission has been accomplished, the story progresses into a cutscene. From there, you can dive right into the second episode of the Scout Regiment Story with Levi, or you can choose to play as a different character such as Erin, Hange or others from a different episode.

The Anti-Personnel Battle Experience is where players take on ODM or Omni-Directional Mobility equipped killers in aerial battles. With the Anti-Personnel Equipment, you’ll not only be using your blades, but your guns as well! You’ll be given the advantage of great manoeuvrability, but this will be traded off with limited ammo and getting to grips with the aim which can be quite tricky. 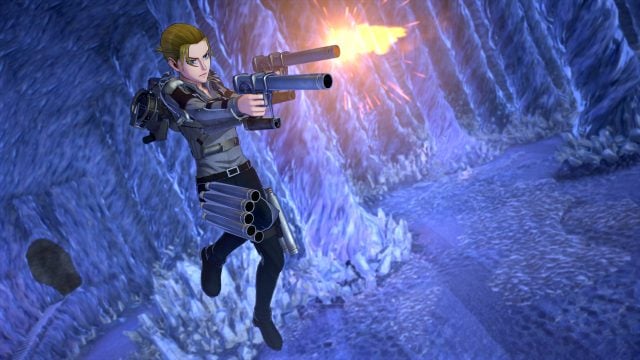 I noticed that the character Hange was using one hand to anchor and the other hand for the gun, so it will take time to hone your craft and get a good balance of the two. The Anti-Personnel Battle experience can be quite fascinating and at times challenging, especially if you are taking on many foes at once, and just like defeating the Titans, timing is everything.

Once you target an enemy and get close to them, a blue circle will appear. As soon as you see the blue circle, that’s when you need to strike. You can also perform a “one-hit kill” similar to a Quick-Time-Event, strike when your foe is attempting to reload. Being that I was playing on the Xbox, I saw the “B” button showed up in front of my target making it easy to determine when to press the button in time and voila, they’re dead. On the defensive side of things, you’ll need to pay great attention the the rays that are staring down at you from your enemies. Once it turns red, you’re only a second or two away from being shot down with their guns. Players will need to be sure to move around quickly using your anchors and dashing ability.

The “Thunder Spear” is a very powerful weapon and incredibly fun to use as it deals massive damage to your standard Titans, and even a decent amount of damage to Armored Titans. You can first discover the Thunder Spear when playing as Hange. She shows the scouts how to use them and then off you go, taking down Titans like no one else’s business! Once activated, you have a fire-lit bar that gives you a limited time to deal damage from a distance, or deal a massive amount of damage with the spear by timing your attacks when you’re up-close-and-personal. 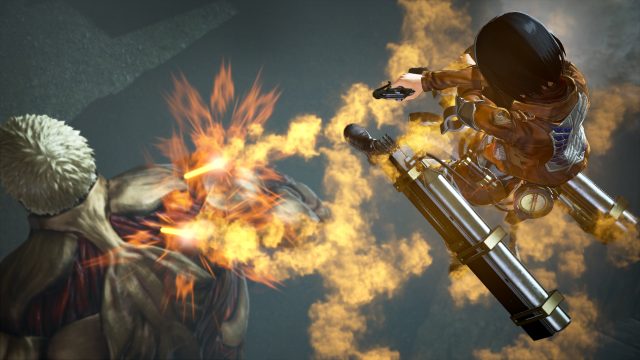 You can spend tons of hours in the Wall Reclamation (Territory) Mode as its easily one of the most entertaining modes to engage in. You start by selecting one of the characters in the game or your very own self-created character, being your very own leader of your own battalion but starting with only yourself in the very beginning. As you play on, you’ll quickly recruit other characters by running into them while battling against the Titans.

Of course, you’ll be able to wield those powerful Thunder Spears, which again are key to defeating armored Titans. Your goal is to get to the 100% reclaim rate by taking over the territories that the Titans control, and once this is accomplished, you will get the mode’s ending scene. 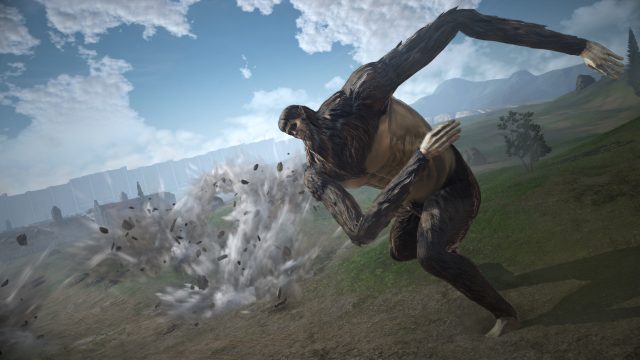 This is but a very brief summary of the Final Battle, which releases on July 5th, 2019. Hideo Suzuki made it clear that even if you rushed through the expansion, you can plan on spending at least 30 hours-plus of your time on Final Battle. However, most gamers can expect to put way more than double the amount of hours in, especially if you take full advantage of the Wall Reclamation Mode.

Whether you’re new to the series or not, Attack on Titans 2: Final Battle includes Seasons 1-3 of the anime and even a new assist mode, where you can slice and dice Titans with a single button, making the game fully accessible for all to play. 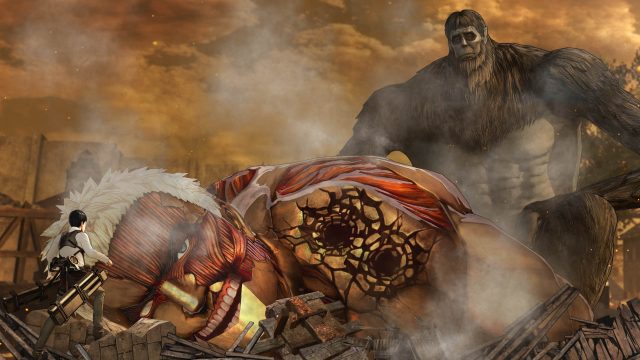 If you want to read more previews be sure to check out Warhammer Chaosbane Preview – Venturing Into The Fantasy Universe. You can also check out the unusual survival RPG Zanki Zero: Last Beginning. If you’re looking for a sci-fi filled adventure be sure read next The Surge 2 Preview: Stronger, Faster, Character Creation!.