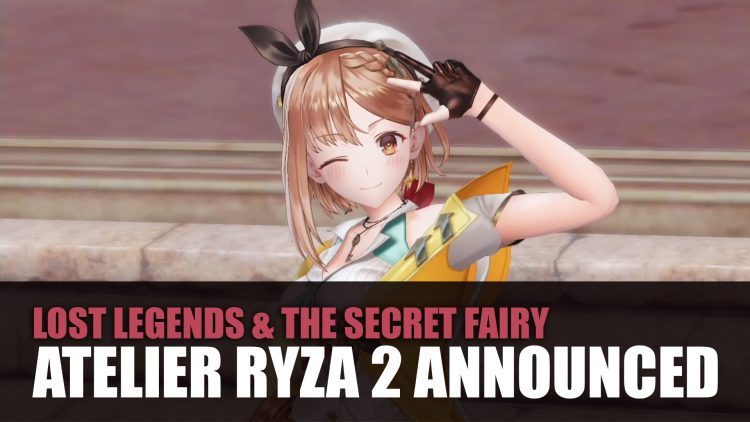 Officially the sequel Atelier Ryza 2: Lost Legends & The Secret Fairy has been announced by developer Gust to be releasing on Nintendo Switch, PlayStation 4. and PC via Steam. This makes the first time in the Atelier history that same main character has returned in two successive titles.

In Atelier Ryza 2: Lost Legends & the Secret Fairy, Ryza makes her return following the events of the first title Aelier Ryza: Ever Darkness & the Secret Hideout. This previous title shipped over 420,000 copies to date. In the prequel, it follows the main character Ryzalin Staud who lives a peaceful life but wants more adventure, so tries to find some interesting to do with her friends. Her adventure revolves around finding importance in something she has never considered before, discovering alchemy and a chance encounter with a particular person.

The first title brought a based for players to customise, a hideout where arranging your base affects Ryza and her team’s stats. This also unlocked more of the game’s story, quests and places to explore. The game also has a Gathering Synthesis system using items found in the world to forge new weapons, duplicate items and crafting consumables.

A teaser site has now gone live for the Atelier Ryza 2: Lost Legends & The Secret Fairy with more details coming on July 29th. While there was no English trailer during the English version of the Nintendo Direct Mini, there was a Japanese trailer for the Japanese Nintendo Direct, probably meaning a localised trailer wasn’t ready, but you can check out the Japanese trailer  below:

Atelier Ryza 2: Lost Legends & The Secret Fairy will release on Nintendo Switch, Playstation 4 and PC via Steam. No release date has been announced as of yet.

For more RPG news check out next Yarntown A 2D Bloodborne Remake With Zelda Features and Mortal Shell’s Beta Surpassed 350,000 Players. You can also get a rundown of recent RPG news here in Top RPG News Of The Week: July 19th (New World, Babylon’s Fall, Dragon’s Dogma And More!).