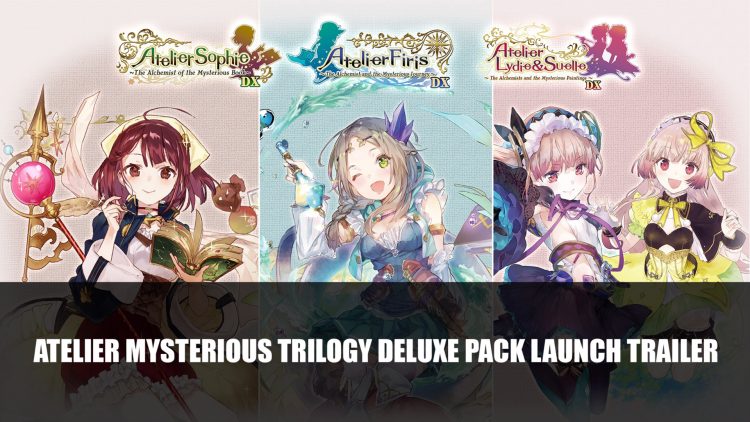 Atelier Sophie: The Alchemist of the Mysterious Book DX follows the first instalment featuring Sophie in a chance encounter with a sentient book called Plachta, which takes her on an adventure to recover the memories of the mysterious book plus gain alchemic knowledge.

Atelier Firis: The Alchemist and the Mysterious Journey DX is the second in the series following Firis who has the dream of travelling in the big outside world. After learning about alchemy, she is able to leave her town for the first time to go on a magical adventure.

In Atelier Lydie & Suelle: The Alchemists and the Mysterious Paintings DX players will follow twin sisters Lydie and Suelle, who you’ve guessed it, are also alchemists but are truly beginners in the craft. On one particular day, they find a mysterious painting, which puts them on the path of getting closer to their dream of running the best atelier in the kingdom.

Each game features fast mode, with JRPG turn-based combat and of course some alchemy mechanics. Chain moves together to unleash powerful Chain Burst attacks, synergising your party’s abilities. There is also new content such as new episodes for Aterlier Sophie plus new costumes, four new vehicles in Atelier Firi and a new painting based world in Atelier Lydie Suelle.