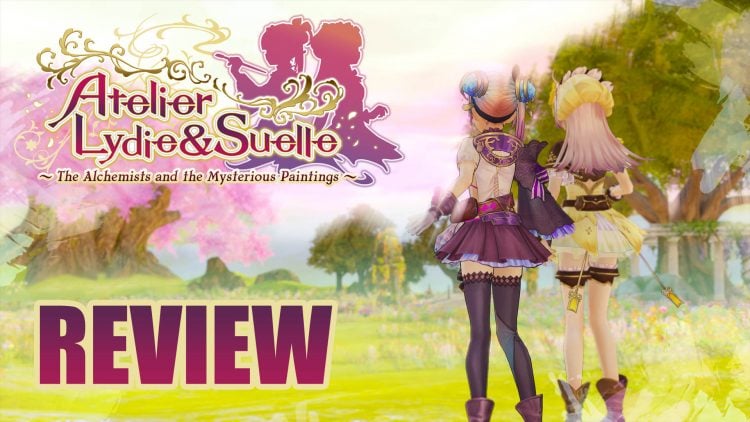 Our Atelier Lydie & Suelle: The Alchemists and the Mysterious Paintings Review. Have you ever heard of the series Atelier Lydie and Suelle? This game is the 19th main entry in the Atelier series and is also the third and final game of the Mysterious storyline. The franchise is celebrating 20 years since the release of the original. Come join these delightful twin alchemists as they travel in wondrous worlds

Atelier Lydie & Suelle: The Alchemists and the Mysterious Paintings Review

Atelier Lydie & Suelle: The Alchemists and the Mysterious Paintings Features

The story follows twin alchemist sisters; the smart and gentle Lydie Marlen and the cheerful tomboy Suelle Marlen. They live in Merveille, the royal capital of the Kingdom of Adalet near the Marle Ocean. The girls, along with their inexperienced father, run a small alchemy shop that lacks regular customers. There is an opposing alchemy shop that is always busy and well known. One morning during a visit to their home’s basement, the girls are transported into a painting their father had composed. They find it is full of great alchemy materials that the girls could use to improve their skills. 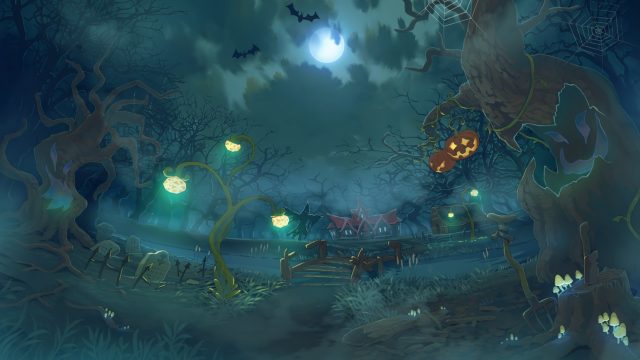 And thus begins the twins’ adventure to make their shop the best in the land. The game centers around a combination of a dreamlike adventure and the sisters daily live. It gives players plenty of opportunities to enjoy the beautiful artwork within the paintings.

Players control Lydie and Suelle Marlen in turn-based combat as they travel the world. You spend time fighting monsters and collecting materials. The game features a “slice of life” feel that is reinforced by non-playable characters that give player’s side quests. These tasks range from finding and purchasing various magical materials and processing them into potions or others for the locals of Merveille to puzzle-based mini-games. I found the tasks to be quaint and very fitting for the main characters.

Like many RPG games, Lydie and Suelle has status screens with stats. These are easy to understand and facilitate character building so pack away those complex spreadsheets.

In the wild, players have to gather materials from specific locations like trees, grass, bodies of water and more. Gathered items are synthesized into new ones to be used at house Atelier back in town. Gameplay revolves around increasing Alchemy Level, with different combinations giving varying grades of experience. As players progress through the game, they learn more skills and expand their synthesize repertoire. Gathering takes a while to become accustomed to as players learn what gathering spots will provide which items until it becomes second nature. 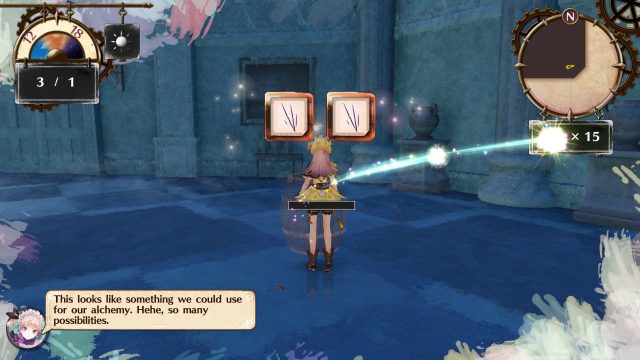 Throughout the game the girls also have to pass promotion tests to advance the story and to bring their shop to new heights. The grading ranges from G to S. After completing the game, players can select the “extra” category on the title screen to view content from the game.

In this game, time passes whenever the player select commands such as move, search, battle, or synthesis. Time passing does not affect the game’s main story line. However, many requests do have time limits, so be sure to keep this in mind. I found this mechanic to be very realistic as I often forgot how much time has pass thus resulting in me commonly almost failing quests. Lydie and Suelle Marlen will have to balance taking quests and undertaking promotion tests with venturing outside to gather materials in the various environment or obtaining battle rewards. Side quests given by NPCs include gathering materials, hunting, and synthesis. If players are ever lost, you can reference the To-Do List to find their bearings.

Collecting materials and participating in fights will allow players to add recipes to their book. Make sure to head back home to be able to use the new recipe if unlocked.

Winning battles earns the girls experience points. With enough points they can level up and their parameters will increase. Winning also provides players with money (Coll) that is used for buying items, weapons etc. Fighting in paintings will have an area effect which will augment battle conditions. For example: using a fire attack will be boosted by 20%. I enjoyed having the paintings having another layer of impact for the player to experience. 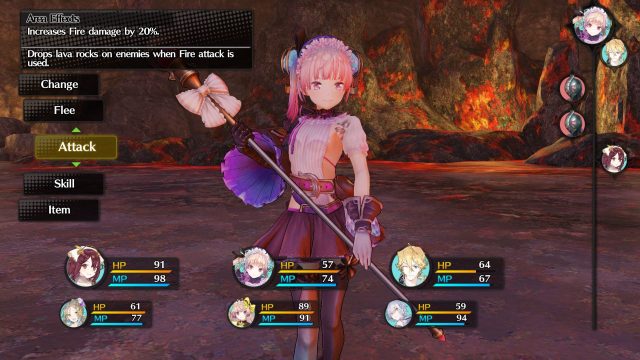 There are three different types of skills: 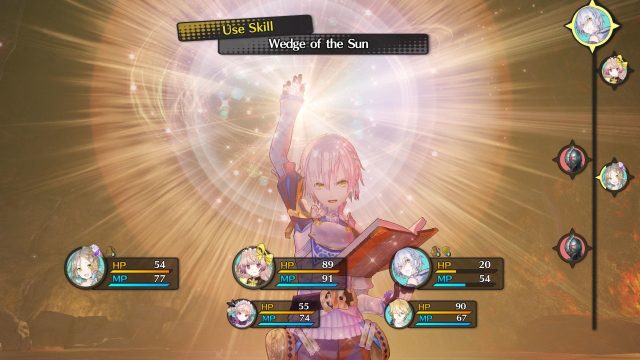 Below are powerful skills triggered by the use of the special item known as Archeus Anima. They’re obtained in the painting worlds. 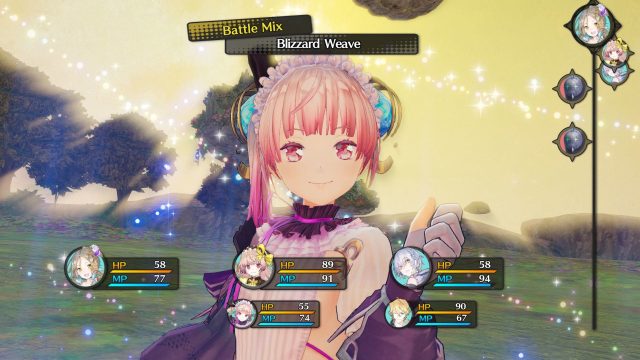 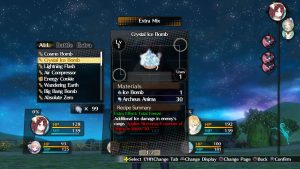 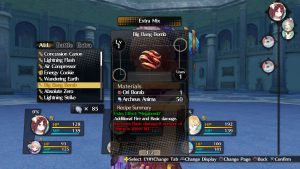 Overall, I found the battle commands to be simple enough to understand but flexible so players can weave intricate plays. I love using the mixes to just powerful and visually appealing attacks.

Atelier Lydie & Suelle: The Alchemist and the Mysterious Paintings features a great soundtrack that’s a nice compliment to the game’s setting. It adds depth to the experience. Properly set to match each locale, there are peaceful scores when in a forest, dreamlike ones when in the painting, and exciting ones during active moments. The opening and credit songs are also worth just idling in these screens for the pleasure of listening to them. 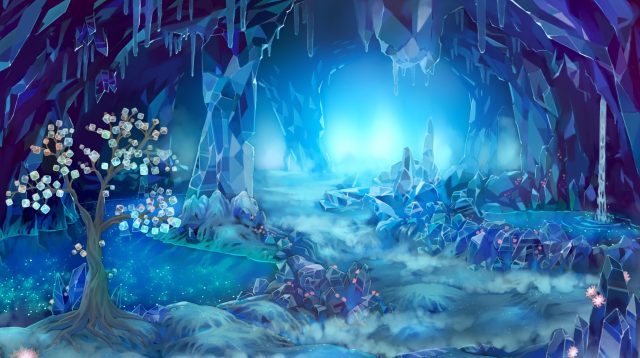 Graphically, the game delivers an excellent contrast between daily city life and extraordinary locales full of wonder. Every map is beaming with light and color, giving players a fun experience of being lost in a painting.

8
Summary: Atelier Lydie & Suelle: The Alchemists and the Mysterious Paintings is a delightful 3D turn based RPG that successfully melds slice-of-life with fantastical environments. It has a beautiful musical score which wonderfully fits the game's world. Ultimately the game suffers from its relentlessly slow pace and could benefit from a patch to improve the speed of some actions. However, it is still an enjoyable game.
Story & Setting (8)
Gameplay (8)
Audio & Visual (9)
Replayability (7)
Pricepoint (8)