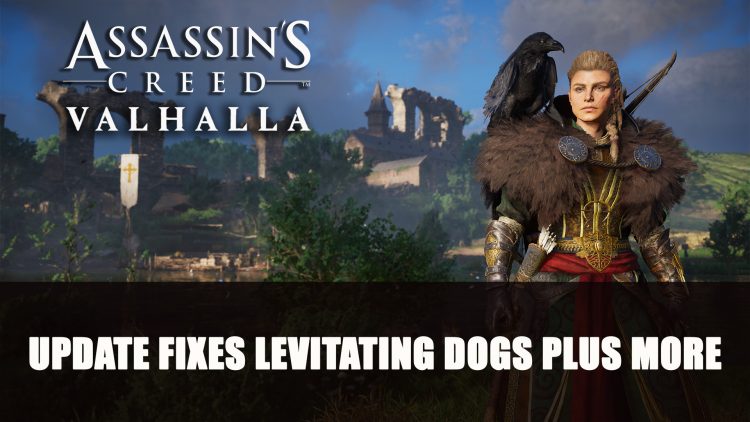 Ubisoft released an update for Assassin’s Creed Valhalla to help fix some of the most peculiar bugs in the game which include crows that fall from the sky and levitating dogs.

Assassin’s Creed Valhalla launched earlier this month, unleashing the Viking experience for all. But it didn’t launch without a bug or two. Ubisoft have released an update that will help fix some of the most interesting bugs to say the least. One bug in particular caused dogs to levitate off the ground, when you pet them. Other fixes rolled out improvements to UI and in-game guard behaviour.

The patch notes go into lengthy details but you can find some of the most notable changes below:

The patch also fixes some technical problems including RAM/VRAM issues which tended to leak when players alt-tab out of the game. Other graphical improvements include fixing clipping issues, animations and lighting.

For more news be sure to read next Assassin’s Creed Valhalla Amazon Prime Rewards Turns Your Raven Into A Pigeon and Demon’s Souls First Patch For PS5 Fixes Stability Issues.