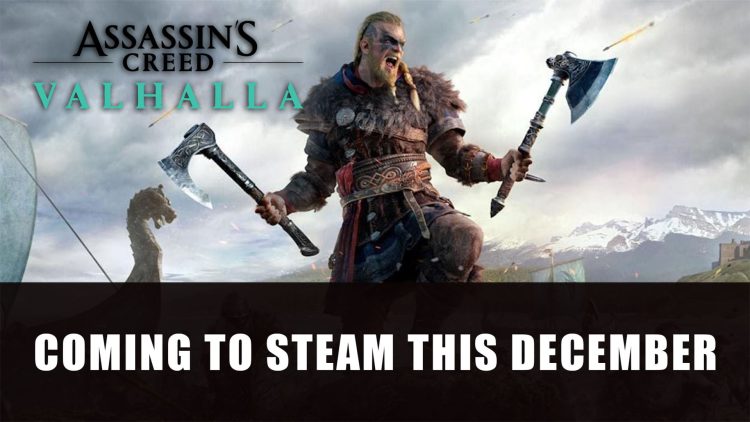 The open-world RPG Assassin’s Creed Valhalla is coming to Steam on December 6th.

Assassin’s Creed Valhalla is Coming to Steam This December

Previously only available on Ubisoft Connect and the Epic Games Store, Assassin’s Creed Valhalla gains another way to play on PC next month. The Action-RPG heads to Steam on December 6th.

You can check out the Steam page which is now live, which details players will need a Ubisoft Connect account in order to play. But this isn’t the only Ubisoft title to be coming to the platform. The likes of the city-building strategy game Anno 1800 and the free-to-play sports title Roller Champions are also getting released on the platform but no announced date as of yet. 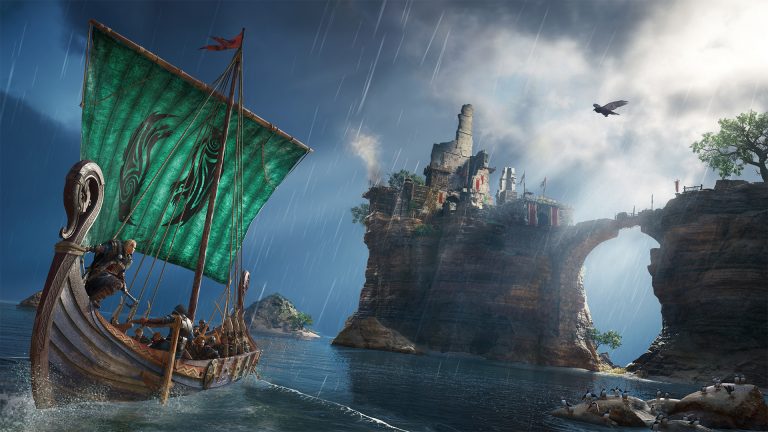 Sing a sea shanty of two as you travel with your Viking crew by boat in Assassin’s Creed Valhalla.

A spokesperson from Ubisoft has shared with the site Eurogamer that they are now looking at different ways to reach their audiences:

We’re constantly evaluating how to bring our games to different audiences wherever they are, while providing a consistent player ecosystem through Ubisoft Connect. Assassin’s Creed Valhalla, Anno 1800 and Roller Champions are among the Ubisoft titles that will be releasing on Steam.

Valhalla joins other titles in the franchise including Assassin’s Creed Origins and Assassin’s Creed Odyssey. Valhalla first released in November 2020 introducing the world of the Vikings following Eivor. He follows his brother to invade new lands during the 9th century, taking them to Britain. With plenty to explore and taking on a more RPG based approach. Valhalla swooped in with some stunning visuals and was one of the “best games” of 2020 according to our Senior Editor Cas who gave positive review of Viking adventure.

The title also received post-launch content which included DLCs Wrath of the Druids, The Siege of Paris and most recently Dawn of Ragnarok which launched in March this year. This added a new adventure embark with more Norse elements with Odin the Allfather. There were even crossover stories between Odyssey and Valhalla, gaining the first direct tie in between games in the franchises for the first time.

If you’re planning to pick the game on Steam when it releases on December 6th be sure to drop by our wiki for all your viking needs and check out our Beginner Guide.