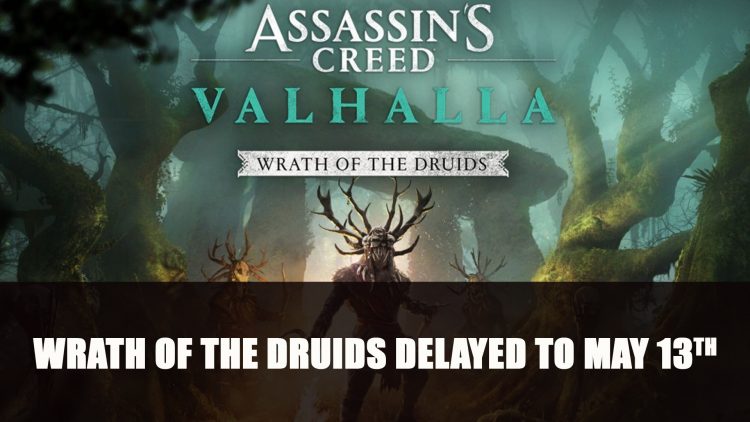 The first major expansion for Assassin’s Creed Valhalla has been delayed by two weeks, now launching in May

The next major expansion for Assassin’s Creed Valhalla is Wrath of the Druids, which was originally supposed to launch on April 29th. Now Ubisoft have announced that the DLC will be delayed by two weeks, now releasing on May 13th instead. The post on the official Assassin’s Creed Twitter account shared that more time was needed to deliver a “more refined experience”.

Wrath of the Druids is the first expansion that is sold separately from Assassin’s Creed Valhalla, and is also available as part of the expansion pass. The second story expansion title The Siege of Paris is set to release sometime this summer 2021.

To deliver a more refined experience, we’re sharing that:

⛰️Wrath of the Druids will now release on May 13
?We’re working on an article to provide transparency and share insights on our dev process

Thanks for your patience. Keep an eye on our social channels for future news! pic.twitter.com/aQUPR8cWNV

Wrath of the Druids takes players on a journey to Ireland, where they can help to unravel the mysteries of an ancient druid cult. Discover Gaelic myths and folklore, while fighting your way through haunted forests and stunning landscapes. You will also gain influence among the Gaelic kings, becoming well-known in the region.

If you want to refresh your memory of what’s coming with the season pass you can find it below: