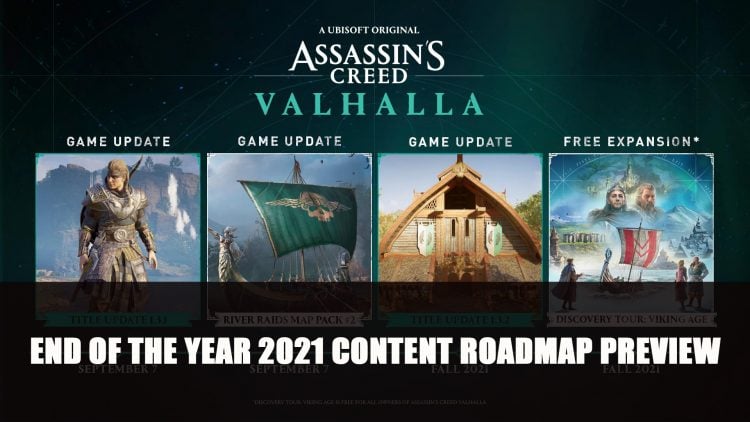 Ubisoft have shared on Twitter that Assassin’s Creed Valhalla still has a number of updates coming to the game over the next few months. They have even teased more additions that will be coming to the game beyond the end of the year 2021 roadmap.

Here’s a first look at what’s in store for Assassin’s Creed Valhalla in the coming months – with more on the way beyond. ? pic.twitter.com/o1tytTOpRn

Previously Ubisoft revealed they would add a second year of content for Assassin’s Creed Valhalla including a discovery tour but hadn’t revealed when this content would be arriving.

The Viking Age Discovery Tour will be added in a free update to the game. It isn’t the first tour to be added to the Assassin’s Creed series, it also came to Assassin’s Creed Odyssey, which provides combat-free exploration. Players can explore the world, create and pursue role-playing missions.

For more news find it here in Elden Ring Appears On Pax West Expo Hall Steam Page and Divinity Original Sin 2 Now Has Cross Save Progression For IPad And Steam.