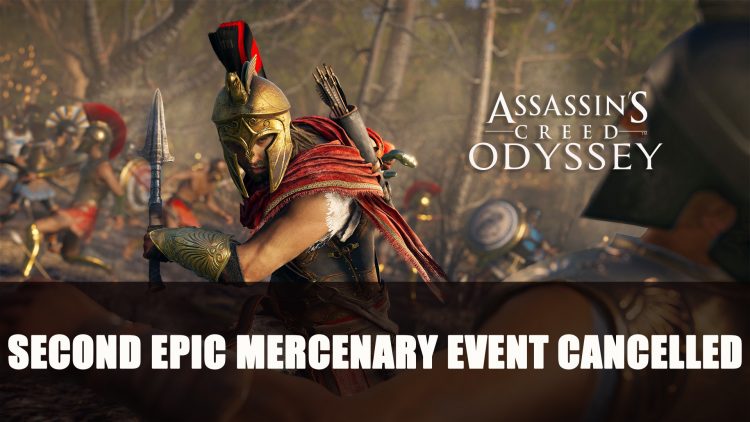 You may remember that earlier this month, Ubisoft had cancelled their first in-game event due to a certain missing Damais. Well it looks like the second Epic Mercenary event for Assassin’s Creed Odyssey is also getting a miss.

Due to technical issues Ubisoft announce that the Epic Mercenary event won’t take place this week. Assassin’s Creed Odyssey did however get their Epic Ship contract, which seemed to go off without a hitch. Ubisoft previously announced that Epic Mercenary and Epic Ship live events would alternate week to week, but so far that hasn’t been the case.

Remember Damais the Indifferent? So far we’ve had no success in tracking him down, so, unfortunately, there won’t be a live event this week.

We’re working towards a solution to address an issue that prevents the mercenary live events from appearing as soon as we can. Stay tuned. pic.twitter.com/BHqEp1g3cb

Assassin’s Creed Odyssey is currently available on PC, PS4 and Xbox One.